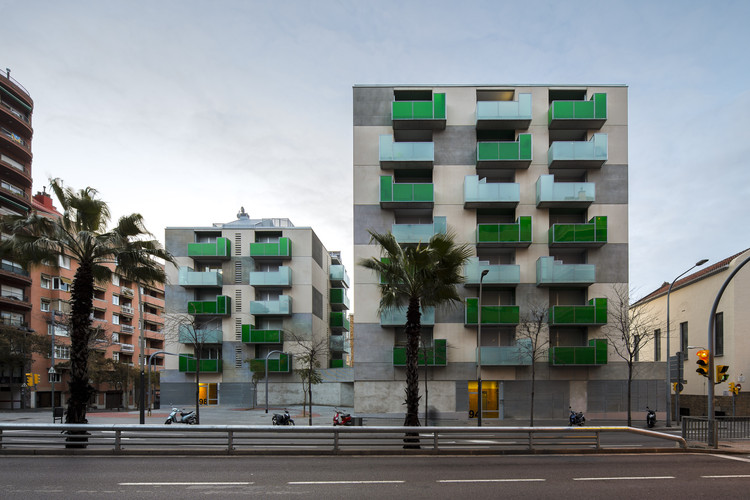 Text description provided by the architects. The project of “Santa Madrona” deals with an urban space, where two apartment blocks with an afforfable renting price have to be placed, nearby a small public square of the Gracia neighbourhood of Barcelona. The intervention had to place also, a public equipment on its ground floor, with a specific area and some specific leisure spaces. So then, the project had this interesting challenge to propose in one hand apartment blocks with an affordable renting price, with all the facilities that were needed, an urban space intimately bounded to the block’s life and an equipment that will promote the so necessary mixture of uses.

All the project has contemplated,  both in it’s urban planning abd construction, a respect in the resources used during its usefull life.

In this regard sustainability as it begins in the public-private partnership that made the acquisition of viable solar concession by the "Obra Social La Caixa" and has made possible the promotion of affordable housing .

The layout of the buildings volume set a square on the chamfer, allowing to clear the top corner of the street Travessera de Dalt with Escorial St. and bring in their own environment, a place of comfort in the middle of the city center.

It is envisaged that the project that the natural comfort should be considered both in a city level and in the scale of the building.

The buildings have been built with industrialized building systems, ensuring quality, deadlines and some prices as well as promoting the production and innovation of local industry on the one hand, and control of the consumption of resources, recycling and its reuse by another. The entire structure and its envelope was produced in factory and assembled at work. It is a heavy concrete structure with bearing walls. Supportive structure and facade are simplifying their performance and interior layout.

The homes have been designed and built with parameters of bioclimatic architecture, with an initial effort to reduce the demand for energy, followed by a detailed analysis and dimensioning of the facilities, introducing finally systems for producing renewable energy.

The main aspects considered are:

- All homes have natural cross-ventilation, which can be operated from manual processes, or from automated processes

- All apartments have big balconies that ensure sun protection and can temper the climate outside the front inside.

- All the rooms have been distributed to ensure each home with the maximum natural lighting.

- All the facade construction systems include the highest guarantee of isolation, both in its timber, and in the outer walls.

- Harnessing sun for pre-heating the water reduces the gas consumption.

- Command systems by detectin presence in common areas allows good distribution and optimization of the light.

- It has beem selected those faciliteis systems with more performance and less consumption.

- The buildings has got pneumatic garbage collection infrastructure.

- The homes feature the latest technology for transmission of voice and data.

The homes have been qualified by the Catalan Institute of Energy with Energy Certificate B, which is the highest rating that can be obtained, if conditions do not allow buildings to provide a high production of renewable energy.

Finally it has been incorporated against the simplicity and compactness of the building, color and texture to the facade to distinguish each home and provide a bright and necessary identity in the magma of a large city. 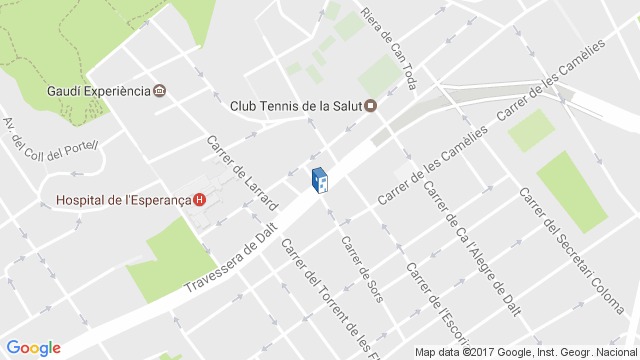