Save
Pantheon for an Engineer / Martinez Vidal 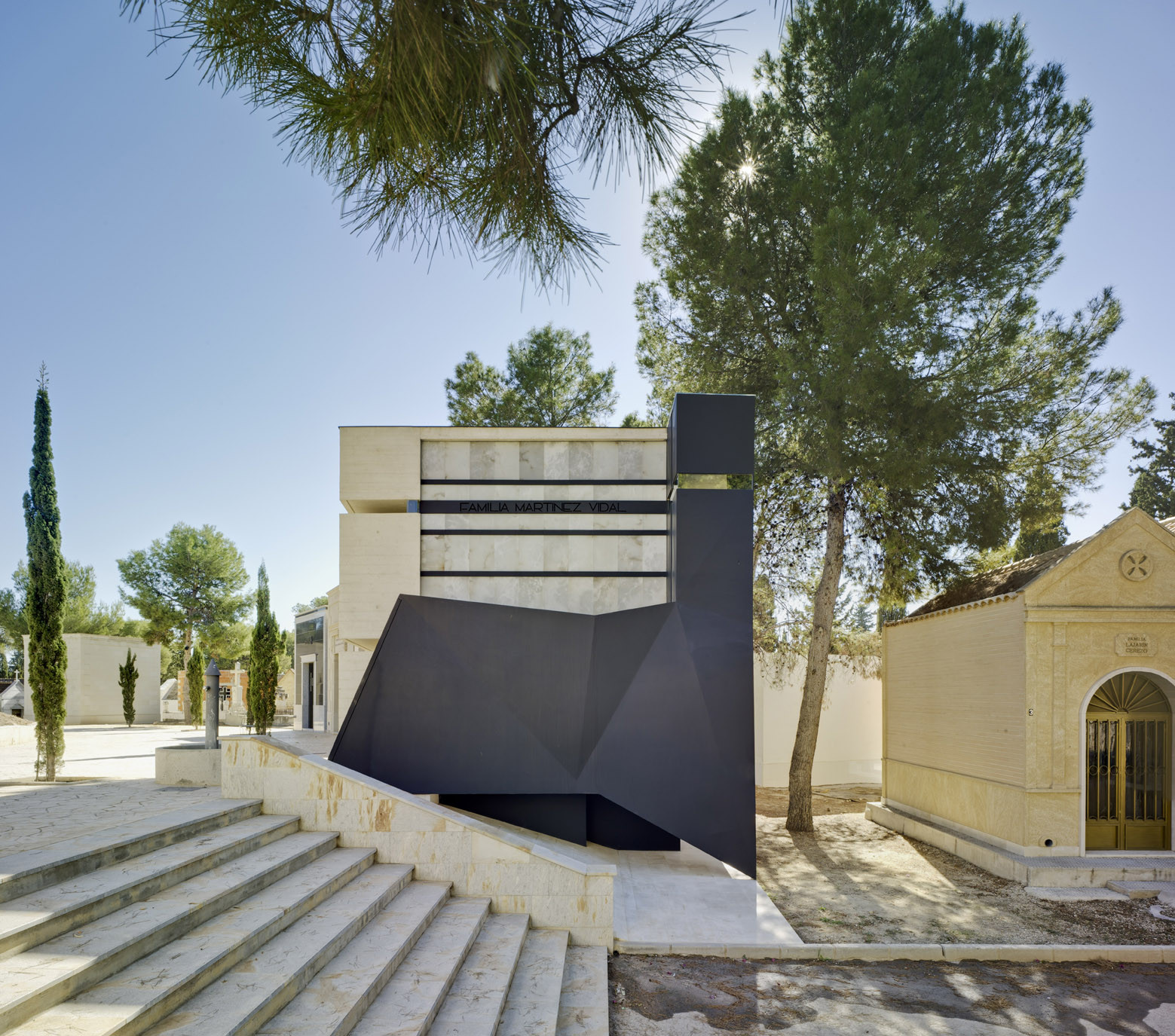 Text description provided by the architects. A trompe-l'œil (French for «deceive the eye») is by definition a technique which tries to deceive the eye by means of the architectural surrounding environment, the perspective, the shading, and other optical illusions, creating an “intensified reality” or a “substitution of the reality”.

Religion translates complex situations, polarizing and placing them opposite in hell and heaven, two antagonistic ends. Our purpose was to make difficult what was simple, and to turn what was sober into something innovative. Concrete in this project is nothing but facing and it delegates its traditional carrying function to steel, the truly structural skeleton.

What is made with stone materials is weightless. Therefore, concrete somehow gravitates whereas glass, traditionally a weightless material has a carrying function. What is physical, what is tectonic, represented by reinforced concrete, seems to stand up between two glass horizontal figures which connect the internal and the external sides of the construction. The lacquered sheet folder indicates the entrance and shows the way to the altar. Once again, it looks as if it was overflying the ground. The stone material was almost a requirement of the developer.

The innovation consists in the loss of the carrying function of the stone material. On the other hand, the use of concrete was in line with our purpose of using lasting and sober materials, which would generate a perpetual dialogue. The idea was to reinterpret them in a contemporary context. In the altar, Christ is illuminated with a skylight.

The iron sculpture, elaborated by Fernando Sáenz de Elorriaga, and treated with an oxidation that simulates Christ nail’s blood, appears to be floating. In the interior, the alabaster controls the light keeping the colours of the reinforced concrete with a higher arid proportion. The limestone covers the front of niches and columbaria. The floor maintains the ceiling concrete modular elements to reinforce the impression of continuity.

Our ancestors used to build cathedrals which straightened to the sky to uplift our prayers. The material homogeneity is in this case what sends us to the monumental scale, what makes us think that there might be something bigger than ourselves which transcends us, just like the magic of the heavy material which levitates. 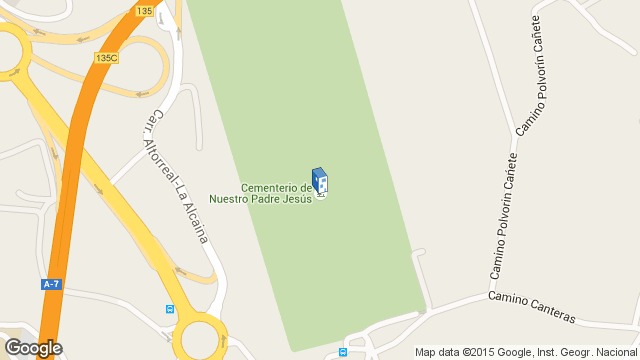