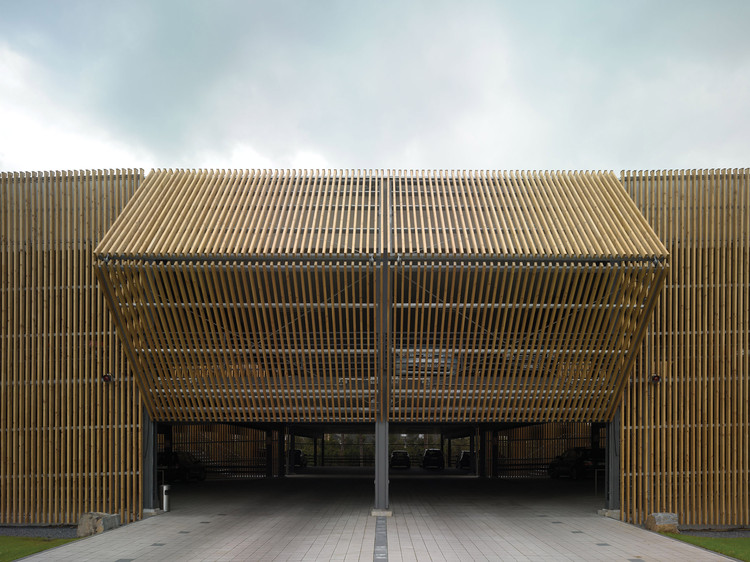 Text description provided by the architects. Ernsting's family is branch enterprise of the textile industry based in the Coesfeld Lette (Westphalia). Continuous growing of the enterprise led to new buildings, which supplement the existing distribution centre of Santiago Calatrava and Bruno Reichlin from the early 1980s. Architect Johannes Schilling added another distribution centre in 1999. The company’s new service centre designed by David Chipperfield was completed in 2001. All buildings are situated in a green campus, for which the Belgian landscape architect Peter Wirtz is responsible.

In the year 2003 the young German architects Liza Heilmeyer and Stephan Birk won the architectural competition for yet another building on the company’s campus: a multi-storey car park with 500 parking bays for the mainly female employees of Ernsting's family.

At the western border of the campus, with distance to the distribution centre the new, in two equal large parts arranged parking garage is placed. The ensemble of existing business buildings is completed with the new linear structure; it defines the border of the Campus to the adjacent residential area.

The form of the two parts of structure results from the system of two parking ramps. The two identical, mirror-symmetric building parts complement each other on the inside [circular driving] as well as on the outside. Due to this selected system it was possible to arrange the number of parking bays demanded in the competition in the rear part of the L-shaped property. The open space between Calatrava’s distribution centre and the new car park is arranged with grass cushions and several trees alike the existing Campus.

Entrance and exit of the parking garage lie in the middle of the building, accentuated by a large folding gate.

The system of the two park ramps offers an optimal utilization of space. The overcoming of the storeys takes place on 3.2% sloped “roads”. Thus no additional up and departure elements are needed such as spindles or ramps. The pleasant slope of just 3.2% results from the length of 127 m and the storey height of 3.06 m, generous for a multi-storey car park.

The [in section] x-shaped ramps make separate drives up and down the ramps possible. The two ramp-bodies are placed in a distance of 2.40 m to each other. The building gap serves to strengthen the monolithic form and first and foremost to bring enough light inside the interior. Passages are situated at the end and centres of each ramp. Inside the gap two cascade set of stairs are placed, suspended from the primary steel construction of the multi-storey car park. Consequential all elements arranged in the building gap (passages and cascade stairs) are made of steel grating panels.

The 17.40 m wide and 127.12 m long structure is built of steel columns, steel beams and prefabricated reinforced concrete slabs. A timber facade lends a natural feature to the multi-storey car park. From the inside like from the outside the wood gives the building an overall friendly character. The garden fence front is the ideal mediator between the residential area on one side and the industrial area on the other side.

Both building parts are enclosed over the entire length and width with square-shaped timber. The cladding grid is coordinated with the construction grid. The timber elements are 4 x 10 cm, the gap between them is 9 cm; thus the opening portion of the front is 70%. The car park’s cladding appears open or closed depending on the view angle. 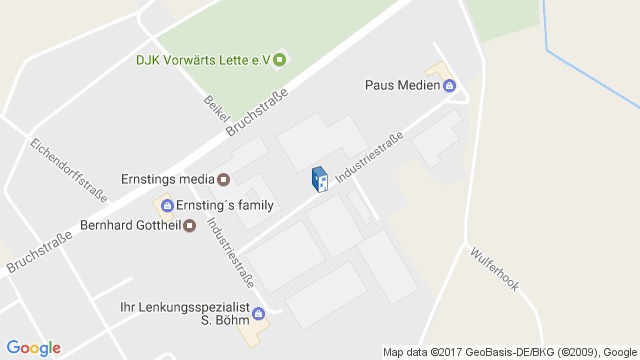