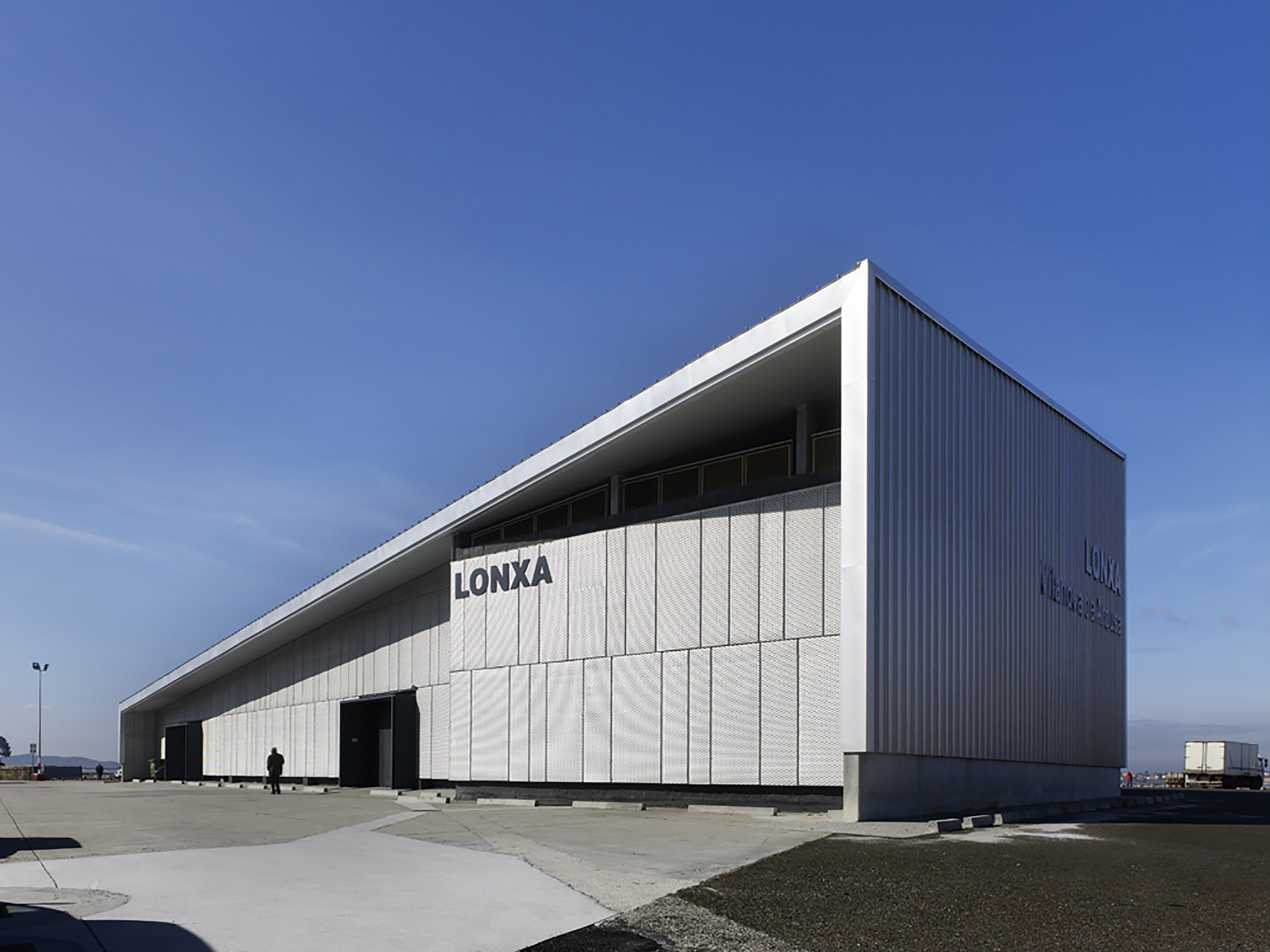 Text description provided by the architects. The aim of the project was to extend and transform the building of the fish market, the LONJA de Vilanova de Arousa. This was a building comprising an exhibition and sales hall and a small adjoining administration building. We have tried to seize the opportunity of extending the sales space to provide the market with new features and a more contemporary image appropriate to what we understand should be a semi-industrial building that sets the façade of a town centre on the coast.

We planned to build a new roof that wraps both volumes of the existing building, thus radically changing its morphology and giving it a leading and referential role in the port area of Vilanova. Of particular importance in this regard are the different textures and metallic finishes which offer diverse perceptions depending on the light and distance.

To do this, a steel structure superimposed on the original plywood structure and a series of reinforced concrete walls that helped shape the new volume were manufactured.

For the roof we decided to use embossed aluminium sheets with continuous joints according to the Kalzip system. The north and south elevations were also clad with the same material, providing thus a continuity that reinforces the definition of the main volume.

As for the cladding of the two smaller volumes, expanded anodised aluminium sheets were placed on the enclosure that integrates the new and pre-existing factories. The permeability of these sheets keeps the view outside, but avoids direct sunlight inside the market hall and in particular on the fish and seafood exposed for auction. When setting this lining, the format of the expanded sheets and the materialisation and expressiveness of the joints are especially important.

Indoor spaces have been improved by applying a continuous white floor and wall cladding to brighten the area as well as to provide all the attention to sea products set out to buyers and visitors.

A footbridge of public access runs along the inside of the market hall and enables visitors to know more about the works carried out there without interfering with the activity. Likewise, a new stairway gives access to the terrace beneath the large roof and allows enjoying the view over the Ria. Thus, the Lonja goes from being a purely functional building linked to the sale and auction of shellfish of the Ria to be another element of the urban area facilities, also related to tourist and informative activity. 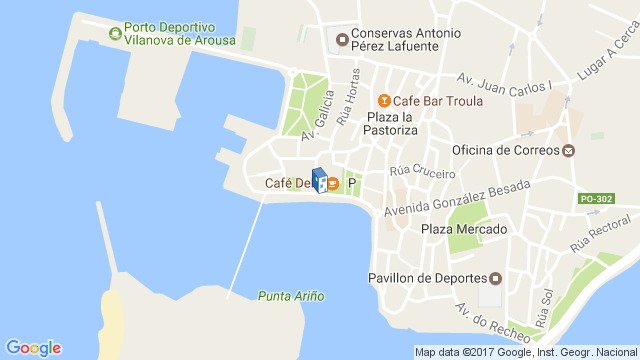