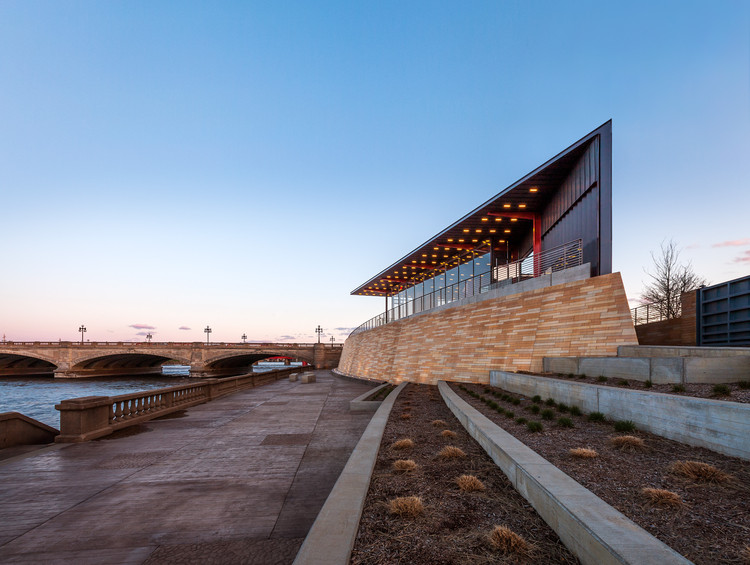 This 2,200 square foot pavilion and plaza occupy a prominent site along the Des Moines River in downtown Des Moines, Iowa. The building is a key part of the new Principal Riverwalk – a $50 million public/private partnership which will revitalize the riverfront and draw Des Moines’ residents back to the river. The building sits adjacent to a new recreational trail, street level promenade and riverfront promenade anchoring the west end of the historic Court Avenue Bridge.

The triangular building was conceived as a crystalline space resting at the prow of a gently sloping, boat-shaped plaza formed by the adjacent trails, streets and promenades. This crystal is, in turn, shrouded by a folded black zinc skin. This skin is selectively unfolded to provide panoramic views out of the upper level café. The resulting roof overhangs provide solar protection to the buildings east and south façades. The west façade is “louvered” to allow for views upriver to the north while blocking the harsh, western sun.

The interior of the café is a single, glass dining space with a solid concrete “chimney” to the south and a wood and steel “kitchen” block to the west. The placement of these two elements allows the east, riverfront façade to be completely unobstructed while framing views to the southern plaza. This crystalline café appears to hover above a set of service spaces excavated out of the plaza. These lower level spaces include public restrooms and a central hand-wash fountain, as well as electrical and mechanical spaces. The building activates the public plaza and creates an understandable “place”. The architect worked with the Greater Des Moines Public Art Foundation and internationally recognized artist, Jun Kaneko, to locate site specific artwork to further energize this space.

This series of large-scale ceramic works, called Dangos, have become iconic. The building employs a number of sustainable and energy conservation strategies including geothermal heating and cooling, daylight harvesting, and LED lighting, significantly reducing both operating and life-cycle costs. The result is a destination that successfully draws the citizens of Des Moines back to the river. 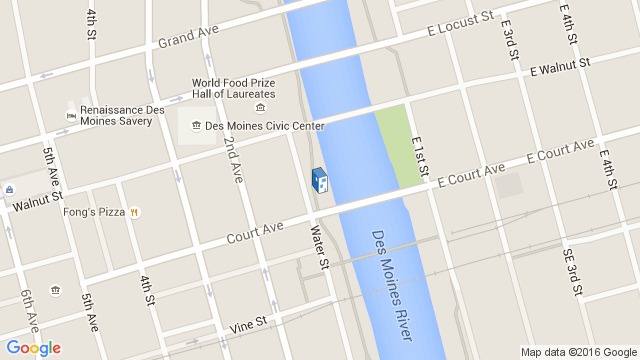 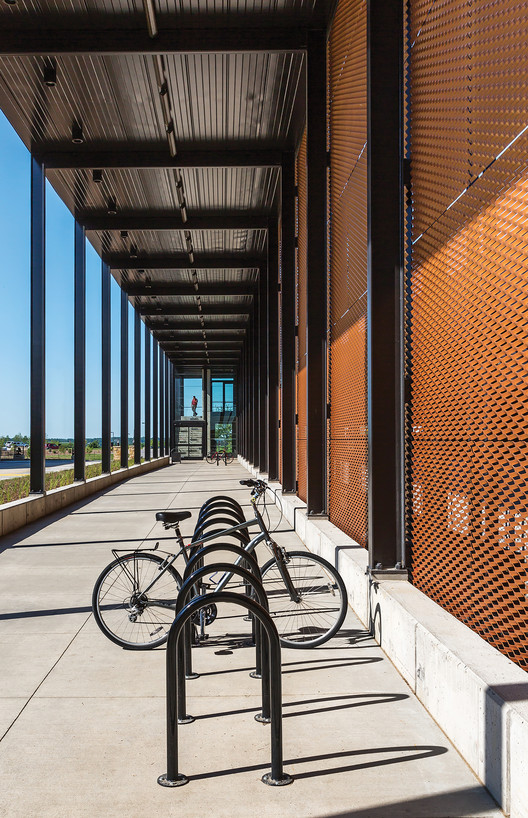