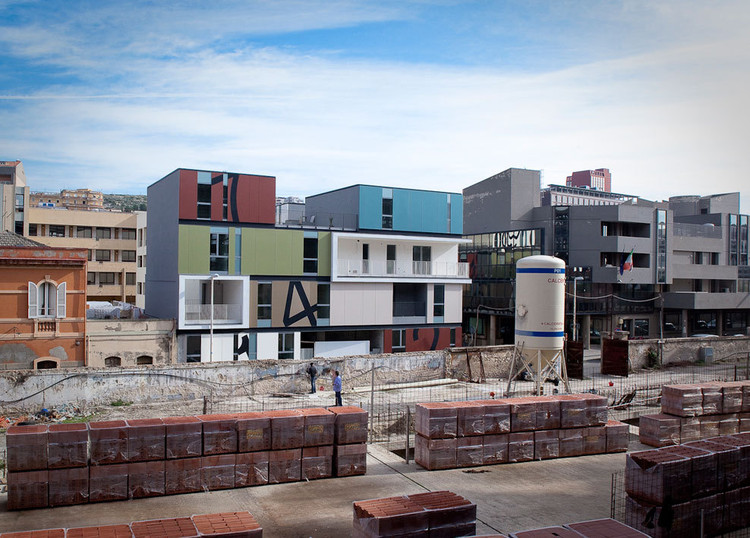 "Condominio P" is a residential building located in Cagliari. The complex lies in an area affected by profound changes in urban planning and architecture, not all positive. While the building fabric of the neighborhood - characterized by small low buildings developed in the 30s and 50s - has been transformed in the nineties by operations that have produced new replacement buildings of modest architectural quality, future projects seem to reverse a negative trend once ugly and anonymous.

Close to the site, to the south, the recent demolition of a disused concrete factory has released an area in which a new residential area with ample space and new facilities for the tertiary sector has been implemented. The intervention of the new "condominium P" is taking its first steps in the direction of seeking a synthesis between architectural rigor and desire for a certain distance from anonymousness and grayness.

The building is configured as the addition of "container-house" superimposed, differentiated and visible. The use of color becomes an instrument "anti-dullness," and at the same time a means to identify the different containers-house recognizable even with the introduction of large numbers engraved on the coating of colored melamine laminate.

The available choice of "container-house" between the floors is non-repetitive. For this reason there is no "type floor” and each apartment is unique. This architectural concept is visible in the facade by the use of color and by integrating the empty terrace. These elements of "diversion volume" separate the container-house and build relationships of exchange between interior space and outer space. 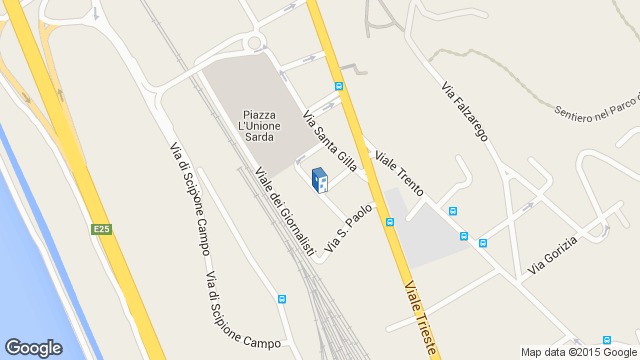 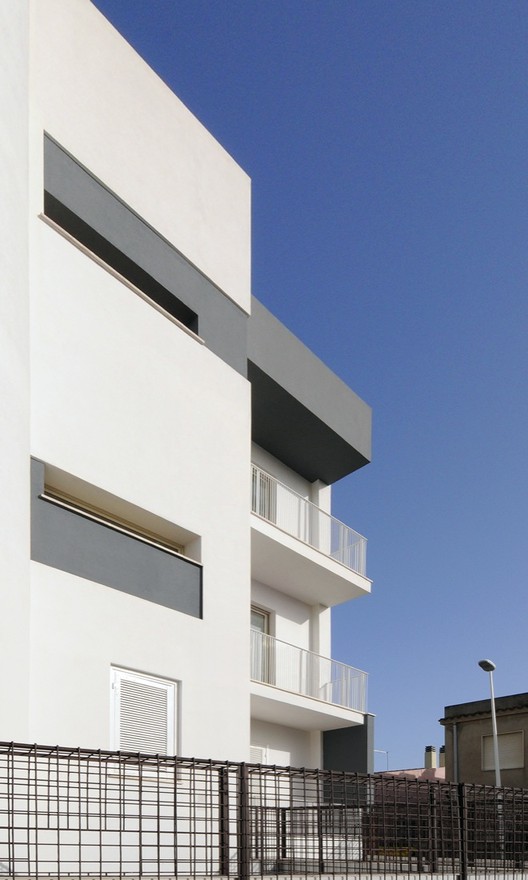