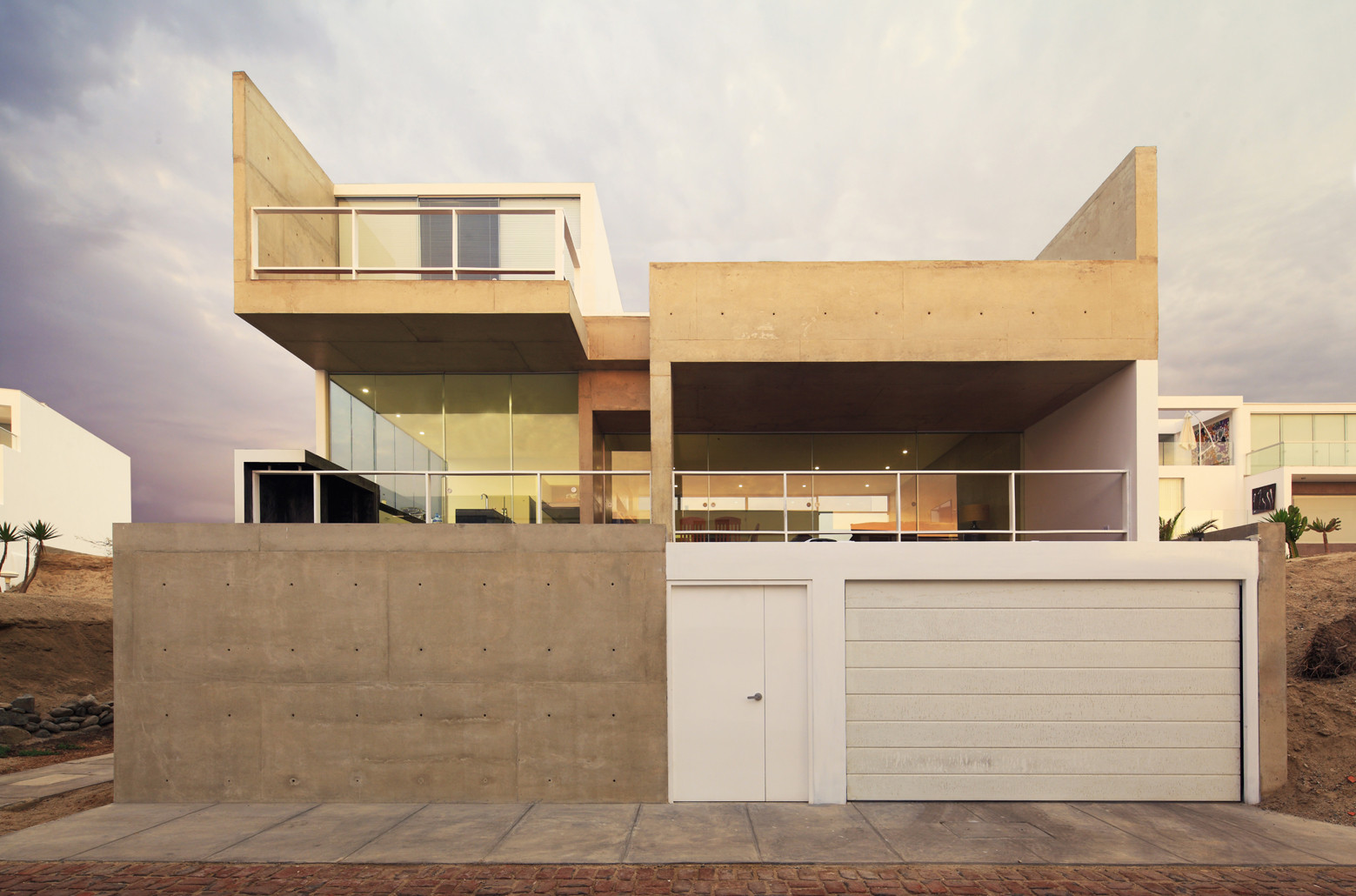 Text description provided by the architects. The premise of Cube House is abstract: a cube of side 9m. Each surface is sub-divided into nine modules of 3m, getting a structure with 3 levels. Its function modulates the volume through the composition of solids and voids. Intimate spaces are transformed into solids; while social spaces are voids. These levels are the organizational basis of the program. Each corresponds to a part of the function.

This is a beach house south of Lima, on a corner lot with level differences between the front and the back streets, but currently isolated on all fronts.

Two tools generate the project: plan and section. The plan allows us to distribute the interior, and the section is critical to spatially articulate the interior. Each level has a certain spatial requirement. The first contains all the density of the bedrooms and allows us to place the cube on the floor. The second seeks transparency and fluidity between the two facades, expanding the social space. And the last is intended to relate to the horizon through a void.

The main circulation is on the surface furthest away from the sea. Two opposite and facing stairs generate an internal fluid path between the three levels, allowing us to decompose the volume towards the horizon. Thus, the volume appears as a unique geometry that comes from the earth. Concave and convex at the same time, seeking to be weightless, soaring over the neighbors. It uses the square to define the edges and show that it is a volume and not a mass. Its front elevation, which faces the sea, is light and transparent, made of linear surfaces, fragmented. While the opposite surface speaks of a more massive volume, composed based on solids and voids. The internal circulation is hinted on the rear facade through a dynamic void that reminds us what happens inside.

Its composition tries to blur the boundary and the differences between the inside and the outside. Through the material continuity, the roof becomes the south enclosure, and then turnes into the intermediate slab. The social area is worked the same way: the space expands doubling its interior dimensions. We want it to receive morning and evening lights, through both facades. The intimate terrace opens towards the horizon with two parallel planes, asymmetrical in their dimensions and materiality.

We intend for the building to be as abstract as possible, without any opening or window to remind us of a home. When designing the party walls adjacent to the future neighbor, the cube operates autonomously.