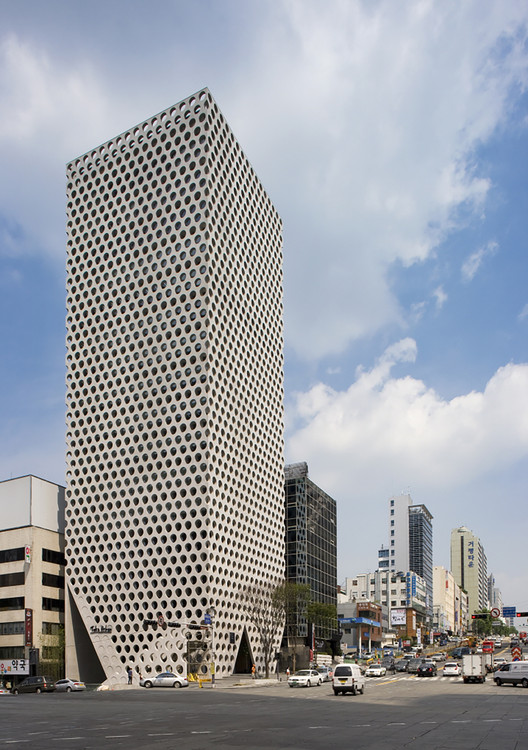 The cube with combination of white openings which is located on corner of crossroad in Kang-nam Ave. is emptied and opened. The simplicity of monolith is a gesture to hold an atmosphere of floating city. The combination of round holes is not intended to express effectiveness of modeling but an attempt as a mechanical settlement of structural walls which is exposed to outside on double skin.

When the perspective is relaxation of city’s tension with the lightness without massive concrete and the softness without rigidity, the close-range view is a various expression of detail of roundness which arouse from monotonous in city. The way that connects city and architecture is just a same process that connects architecture and human. The lobby and entrance is not established even the open space is settled. The access of each floor is directly linked to the city’s road.

In architecture, a building’s structure and the skin has been treated as a separate subject. The embracement of new materials and advanced technologies has allowed the architects to design Structural Skin, which the surface of the building acts as the structure and vice versa. Urban Hive is an example of the skin and structure unification in a building; and, has been designed to maximize the flexibility of the space by excluding structural elements, other than the core, in the users’ space.

The colored-exposed concrete skin structure with void circles is designed to minimize the distinction between the columns, beams and the wall. The consistent spacing of the reinforced concrete, thickness of 400mm and inner diameter of 1050mm, has been designed to replicate the honeycomb structure. This form of structure has excellence in safety towards the dead and live loads as well as the natural disasters such as earthquakes. In addition, it adds an advantage for creating a flexible spacing. This type of skin does not only act as the structure, but also contributes in formation of a dynamic space; and the punctured circular frames provide various views.

The space between the inner and outer glass curtain wall creates a shade, which has multiple functions. From the design perspective, it creates depth in the building and makes it difficult for the viewers to differentiate the floor levels, which then allows the façade to be viewed as one piece. As for the energy saving purposes, it blocks hot direct sunlight and cold wind, and forms convection current to lower the temperature of the heated glass. 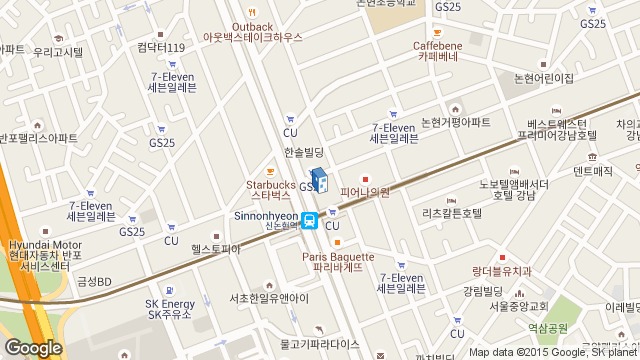