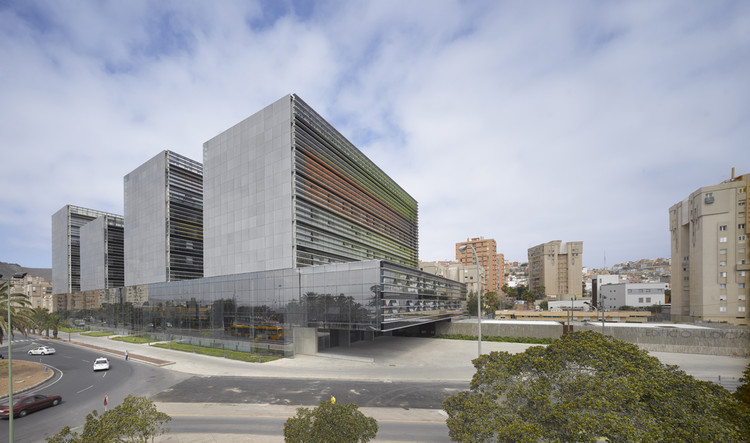 In taking its place in the city the building embraces its role as a hinge between the historic heart of the city and the neighborhood of San Cristobal, a prototype of modern urban planning in the 1960s.

We have not sought to make its organizational structure offer an excessively strong or imposed image, but to respect and enhance the skyline of this part of the city. A profile with a variable section: a skin that envelops the building in a rhythmic zigzag. The variable shoots and outgrowths reduce the scale, adapting to a residential setting of variable heights.

Seen from a distance, the building´s exterior reflects the flow of people. The interior street and panoramic lifts render the continual coming and going of visitors visible from nearby Avenida Maritima.

Looking forward the old town or the Cathedral or arriving in the great access plaza, a very large cantilever makes a gesture of friendly welcome the people entering inside.

In the interior a wide glazed street acts as a continuation of the urban space, its rhythm marked by landscaped patios that provide natural light and ventilation to the ground floor, the floor that receives most visitors. The functioning structure is more like that of a city than of a single building. The great interior street gives access to the vertical communications system serving each of the judicial buildings.

Finally, there is the aim of achieving a balanced austere image, a white crystalline building that symbolizes truth and justice, but without renouncing its representative character; close to the citizens, but maintaining the distance of respect for the institution.

The pursuit of a forthright but fragmented image, transparent and opaque, horizontal and vertical at the same time: hence the proposed motto: “One is Many”. A communal building that contains others, intimately linked, but also a concept: the acceptance of diversity and multiplicity, understanding that “one is indeed one and many at the same time” (from the Metapolis Dictionary). 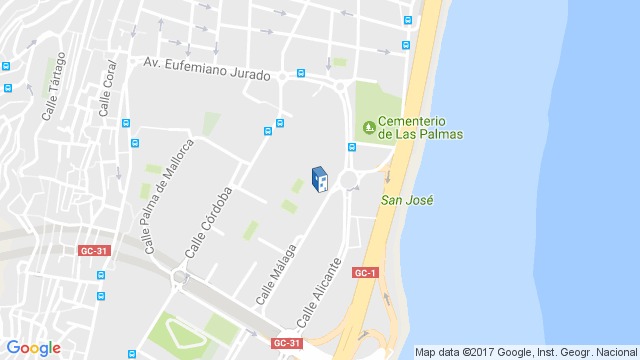 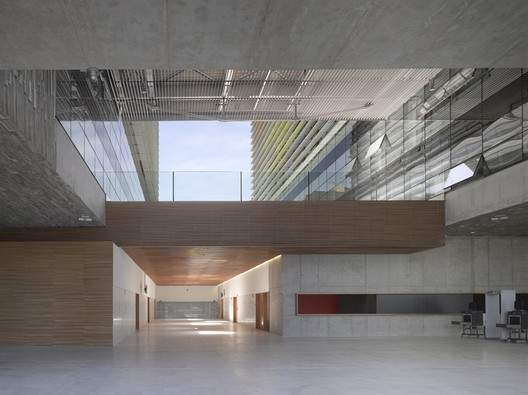 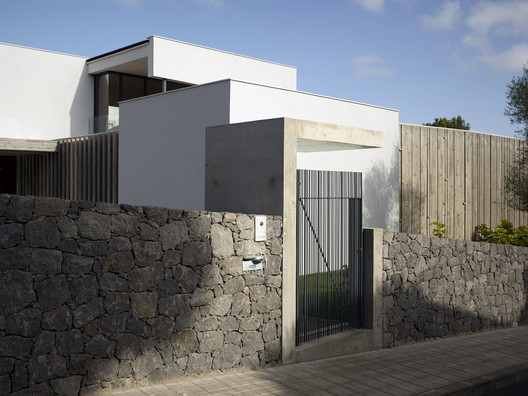 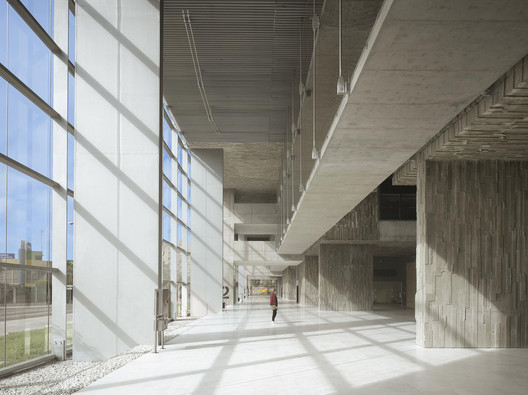