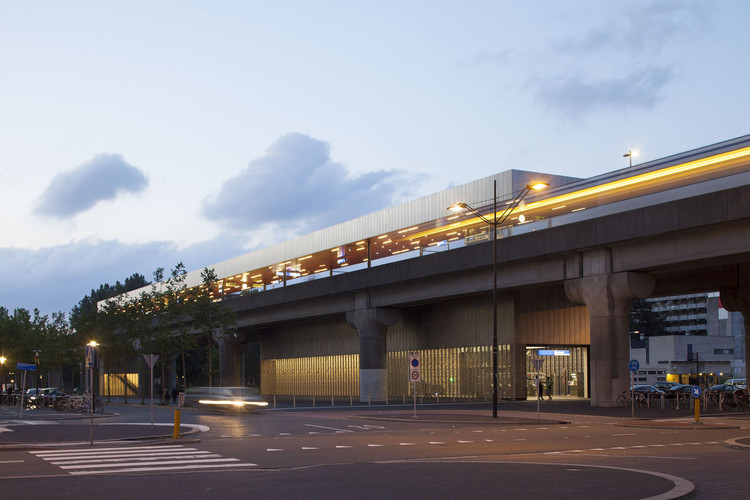 The new 550m² station and 1,880m² platform in the neighbourhood of Bijlmermeer started on site in 2010 and sits on the site of the original station, built in 1970.

The metro station features a ground level entrance with new escalators to take passengers up to the platforms, a major improvement for citizens as the old station only had stairs. The ground level entrance provides the main focal point of the station with an elegant stainless steel façade with a floral design. The laser cut design allows plenty of natural light to flow through the entrance, helping the passenger journey to seamlessly flow from the external surroundings into the station.

At night time the design allows the station to be a lantern for the local neighbourhood, creating a sense of warmth on street level and creating an instantly recognizable feature for the station. The architects’ chose stainless steel for the external façade due to its durability and low maintenance enabling the station not to need constant upkeep.

Since the beginning of the late 1990s the area has seen massive investment transforming it from its previous negative public opinion and now making it a thriving suburb of Amsterdam.

Now completed, the station will be in use by over 100,000 residents in Bijlmermeer, a vast increase on the number of users from when the station first opened and completes one of the biggest urban regeneration projects in Europe in recent history. 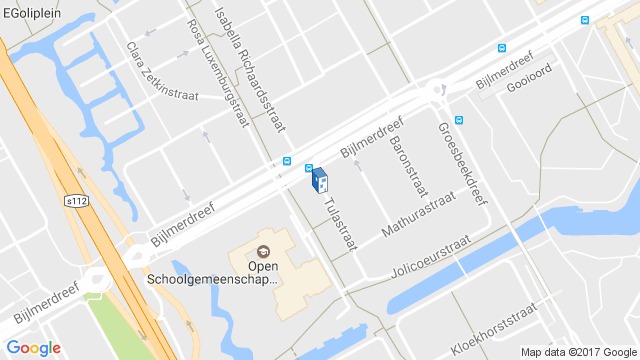