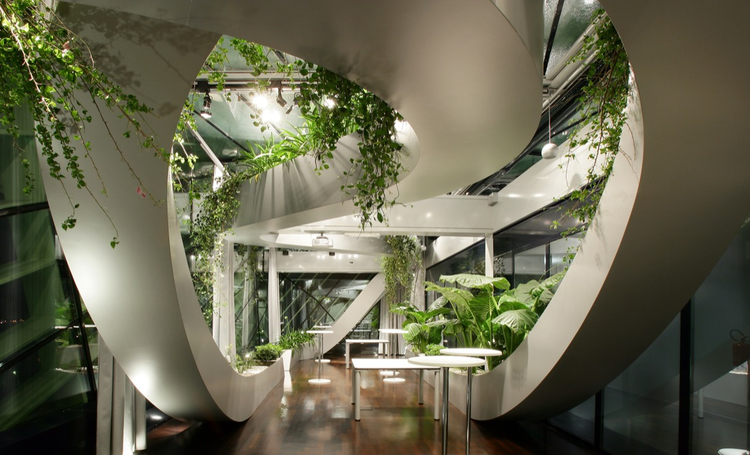 Text description provided by the architects. Panoramic Garden of CCIS project presents the first structural and programmatic intervention into the project already realized by our office. The large summer banquet terrace is to be glazed and extended into the current VIP room. Thus we formed an inner interior winter garden, where a spatial ribbon carries the troughs and baskets with lush tropical greenery, where from one can enjoy a magnificent view of the city centre.

Besides the vertical executive business and club rooms it also represents the most attractive interior space in the CCIS. It may be characterised as a new type of the business and club room that is intended for events such as ceremonial receptions, award-granting ceremonies, banquet luncheons as well as for meetings of extended management team.

The green ribbon also enables the partition of the space into several micro-ambiences that may be used according to the type of event and the number of participants. The plants and greenery in the interior, the play of light and shadow, enabled by the shade-like structures, and the views to the outer spaces at the top of CCIS building jointly create a relaxed working atmosphere.

The construction pattern of the glazing structure was inspired by the cross-section of a plant leaf, which, reaching from two outer lateral parts and from the roof, envelopes the space.

To the general look of CCIS office block’s back side and the stacking of special boxes on its frontal part is now joined also the filigree spatial structure of 3D panoramic garden ornament. 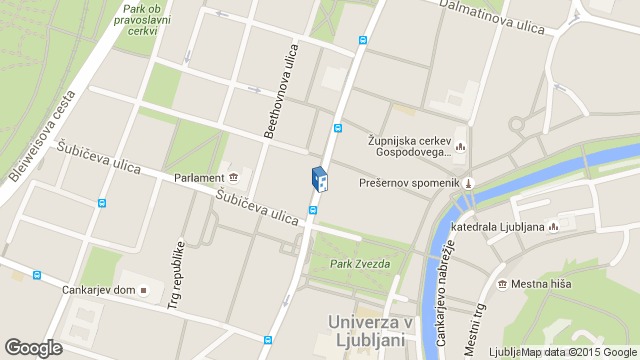