Text description provided by the architects. The Site is located in the north part of Zhouzhuang which is known as “China’s First water town”. The aquatic club includes two buildings : sale house and office building of Konka, serving for 800 acres’ real estate development of the Konka Group . With sufficient research of the culture 、environment、climate and local buildings, we choose modern Chinese architectural style as design orientation, focusing on the transformation of spatial language from traditional to modern .

The group of these two L-shaped buildings enclose a interior ourtyard, reflecting the ancient space philosophy of Chinese traditional courtyard buildings. Single slope roofs expand to the lake with exactly the opposite trends ,with deep overhang eaves. This not only expresses a profound tranquility of traditional architecture, but also hightlights a agile and elegant quality of waterfront buildings.

We get the concept for the design from traditional architecture of South China , in order to reflect the unique charm of “Water Town Of South China” and of“Classical Chinese Garden “，by means of ingeniously dealling with the relationship among the building, courtyard and water ,as well as using the design languages of enclosed and semi-enclosed courtyard、translucent and thoroughly walls、flexible usage of water scene. With innovatively applications of metal-tile、 clay pipes、hollow bricks and other characteristic materials, we successfully recreate the unique charm as we talked above.

A kind of self-developed metal-tile which is named “Li Wa”by our principal architect is innovatively used on the building façade around the enclosed courtyard.“Li Wa” is Produced in a modern standardized industrial process, which retains the sculpt and sequence of Chinese traditional tiles. By cutting discontinuous lines on a 1mm thick galvanized steel sheet, sliding up and down the sides respectively, natural arc-shaped pieces are formed, and ultimately fixed by the reinforcing bars. The tiles which are originally used on the sloping roof of buildings are now creatively applied on the building facade, so that we can get appropriate sunshine-shading as well as energy-saving. Meanwhile, by controlling the cutting size of the steel sheet and the fixed angle of the units, we can get diverse permeability effects and various light and shadow. Combined with clay pipes on the building facade facing the lake , the curtain walls can make the vertical edge of the building vague and the profound tranquility of architecture evident. 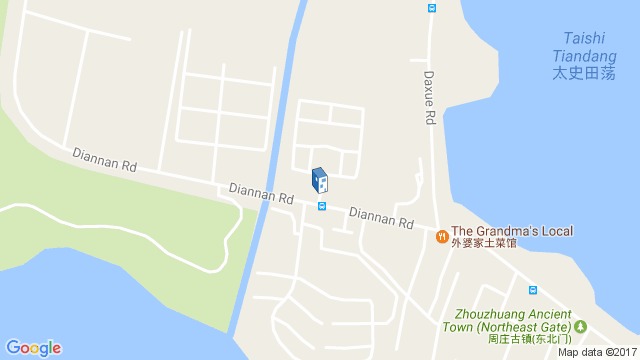 Location to be used only as a reference. It could indicate city/country but not exact address.
Share
Or
Copy
About this office
UDG China
Office
••• 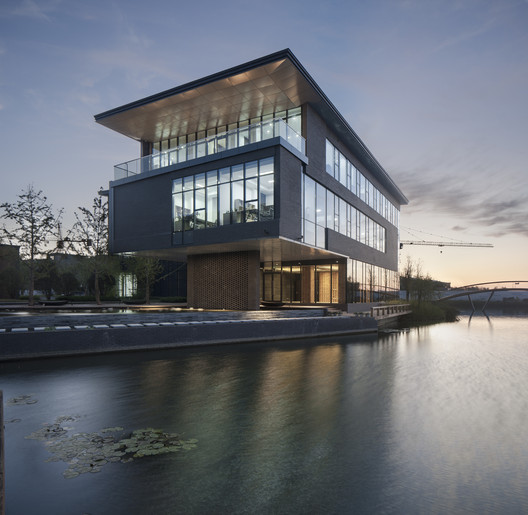