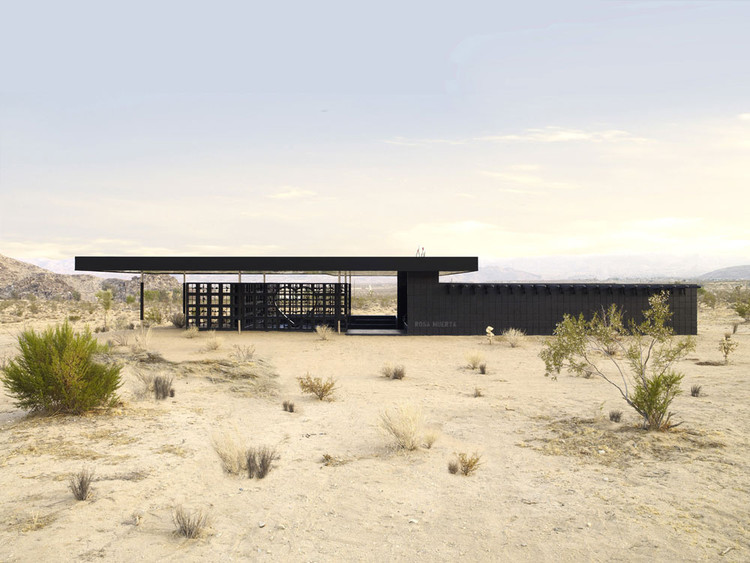 Text description provided by the architects. After visiting his website, I got in touch with Robert Stone and exchanged a few emails… He is a reader of ArchDaily and was very excited to share his work with the readers, and I was also very excited about it after learning more about him and what is behind Rosa Muerta and other projects he has been working on in the California desert.

Robert was born and raised in Palm Springs, Ca. in a decent copy of a Craig Ellwood house and across the street from a real Schindler house. After his masters degree at UC Berkeley, Robert spent over a decade in a studio in Los Angeles making experimental social-sculpture projects that were exhibited internationally. I mention this because it's a clear influence on Rosa Muerta and Acido Dorado, two projects that came out of Robert's passion for art, his architectural background, and his D.I.Y. punk roots:

Instead of looking for a client, Robert went solo to the desert to build vacation houses for rent, turning into an entrepreneur with Pretty Vacant Properties and probing that independent D.I.Y. architecture is possible.

It is basically the American punk D.I.Y. approach that has engendered all contemporary independent music and film since the 1970's. . .  now finally applied to architecture.

The passion Robert puts on his work is really inspiring, specially for young architects that debate between working at some else's practice or kick start their own firm/business.

I hope to bring you more about Robert's work in the near future. In the meanwhile, more about Rosa Muerta after the break:

Scale: The house is set 4'-0« into the ground so that it's highest point is 8' tall and it almost looks like it is too low to be a habitable structure. The overhang at the front step is 6'-8. Once inside the ceilings are almost 10' high.

I have developed a present, local, and personal aesthetic language that I find can engage its specific physical and cultural context in more subtle and powerful ways than the more universal and abstract approaches that dominate the scene. I am well aware that it is very different than the leading edge of mainstream architecture, and I am sure that some of the things that make it resonate so strongly here in the Southern California desert also make it difficult for outsiders to fully assemble, but I am going for depth rather than breadth.

To place this work among other approaches, imagine a corporeal post-modernism. . . without the irony, diagrammatic detachment or architectural tourist references. Imagine critical regionalism that works with the dirty and real cultural context rather than idealized archetypes. Imagine modernism that shows the pathology and scars accrued over a century of cultural use and misuse. Somewhere in the middle of all of this, I have found a lot of possibilities for new architecture.

There is also in this architecture the application of a lot of lessons learned from the subject/object relationship fostered in contemporary art. This approach regrettably has no parallel in architecture today, but it makes possible a more dynamic conception of how people inhabit and perform in the space, how the wider culture can be engaged, and where meaning is located and how it is produced or discovered.

What I am proposing that is new, other than this particular desert modern aesthetic, is a way of working that is more exploratory in terms of meaning, personal in its inspiration, direct its execution, and meaningful to its intended audience. More than anything I hope to stake out a wider field for architecture to engage its context in more interesting and nuanced ways. This house is just one small step out into that expanded field. 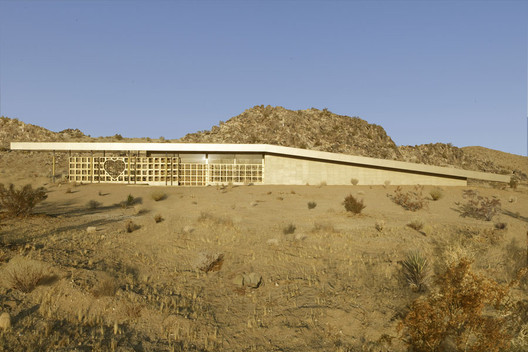