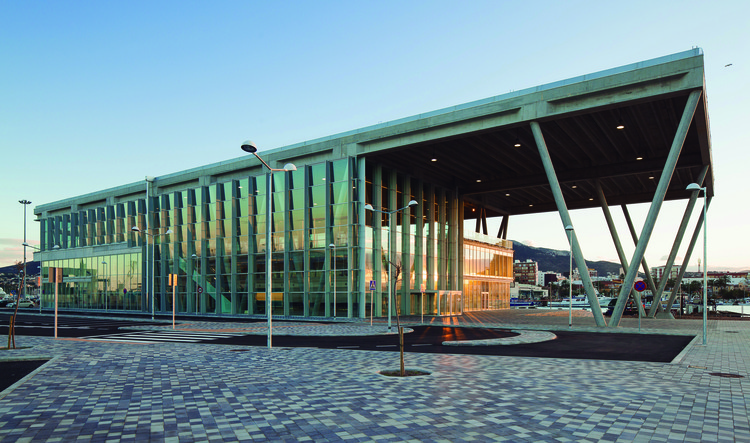 A sunny and peaceful day in June 2013, the New Passenger Terminal of the port of Denia, projected after winning a competition in 2003, was inaugurated.

The building, which was projected with the joy and energy of the fast ferries, were pretended, conceived and executed within the interaction of two construction techniques: mechanics and thermodynamics.

The transparency that is given to the travelers as compensation to the timeouts, forced these two extreme techniques of mechanics and thermodynamics, only apparently contradictory.

The mechanics was decided that a very rigid cover could minimize the supports (which in addition to gravity must withstand earthquake) and, at the same time, to have a heavy cheap energy store (thermal inertia).

For the thermodynamics we decided that a good part of the program could stay with advantage in unheated enclosures (the entrance atrium and terrace on the ground out) and also got ready a wide range of thermodynamic devices across the envelope: strong thermal insulation on deck; thermal inertia in soils precast concrete or reinforced concrete slab unventilated; northern low emissivity glass protected indeed by verticals parasols-carpentry; south facing with horizontal overhangs, etched glass and low solar factor glass; west front latticed stainless steel and glass of very low solar factor .

The results of our “experiment” are that consumption has being reduced by 21 % in the actual building regarding the "reference". A summary is contained in the energy plan showed.

The successful coexistence of the two techniques, mechanics and thermodynamics, is the lesson of the Denia’s Terminal.

Transparency and durability determine a type of mechanical structure and thermodynamic behavior. Thermodynamics conditions program and construction. Mechanics, with their weight, helps thermodynamics.

As reviewed, we can argue that Terminal is projected from both sides, the extreme mechanics and thermodynamics, their interaction level is low.

However, finally and although it was necessary to use some extreme constructive aspects, there is no display or vane exhibition in our building. Under the modest concrete layer that provides us the sacred memory of the swiss engineer Maillart, we order the principles of Carnot to build a transparent, cheerful and bright room, like the faces of travelers that leave in hundreds of thousands, each year, from Denia to Ibiza. 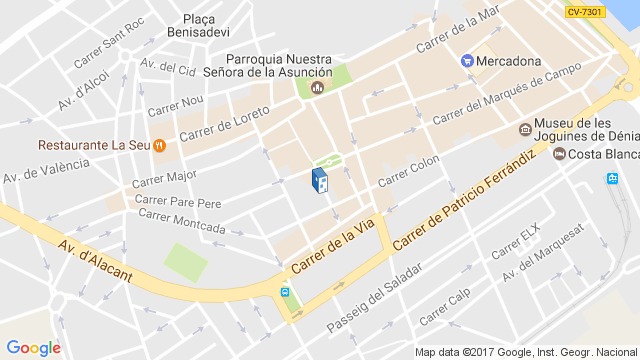 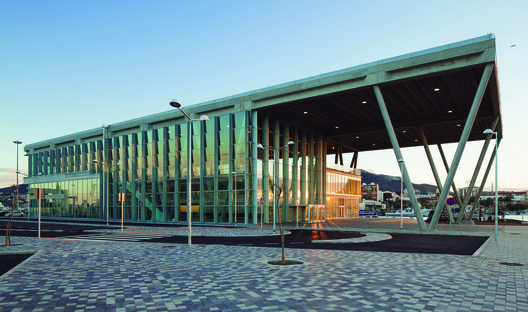 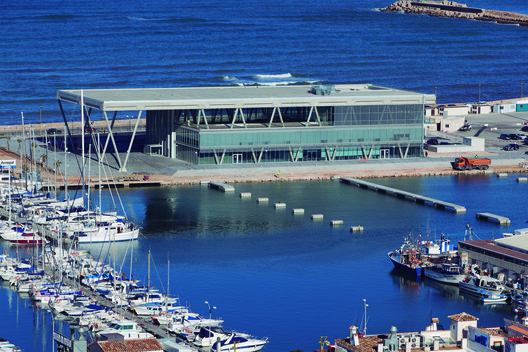