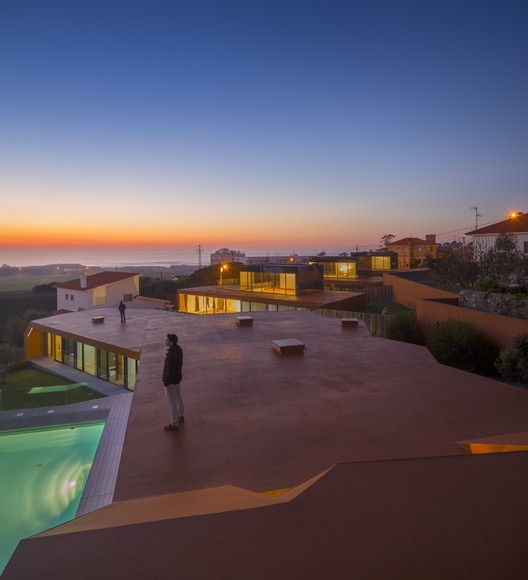 Text description provided by the architects. From afar the terrain seems inhospitable. A rather steep and rocky massif with crude and rough undergrowth appears, surrounded by buildings and lush grounds. To the west, the landscape dazzles...a vast plain dotted with homes and intersected by the railway line extends to the sea.

The plan would call for four single-family detached houses with the project adding the ingredients associated with the site, leading to the sprouting of the idea. Thus, the rocky terrain with the ledge deserved something similar...more rocks should be added: habitable stones suspended on the wall that delimits the terrain.

What was initially a difficult challenge turned into the most enriching focal point of the project. The buildings sprout up from the ground and peek over the landscape extending far beyond the boundaries of each lot, spreading out over the terrain and surroundings in an astute manner.

The dwellings were thus designed on the principle of adapting the buildings to the terrain and taking the greatest advantage possible of natural lighting or the landscape. In terms of the project, it was decided to open the buildings’ living areas mainly towards the south and southeast, so that each living space responds effectively to its own needs, taking full advantage of the constraints imposed by the terrain, and obtaining greater privacy for each lot.

The project focused on designing three houses whose interior divisions are practically repeated, topped by three crystal cubes that turn towards the sea and which serve as a solarium.

Outside, the lot’s remaining land surrounds and embraces the rock, partially buried, which rolled over the ground and came to a stop at that precise location. In turn, home number four sprouts from the soil, emerging through levels that communicate with the terrain and in harmony with the other three houses and halting at street-level. This home opens onto the terrain that falls steeply towards its eastern limit, peacefully coexisting with the old granite aqueduct that winds its way between fields, and thus, without bias, opens outwards appropriating the landscape.

Whoever passes along the road faces four cut stones suspended in time and enjoying the scenery that is rhythmically interrupted by the rhythmic movement of another passing train. In the background the sea interferes with the sky and night falls...and then the unexpected happens...sparkling inlaid crystals in four large stones shine and glisten in the night which begins anew. 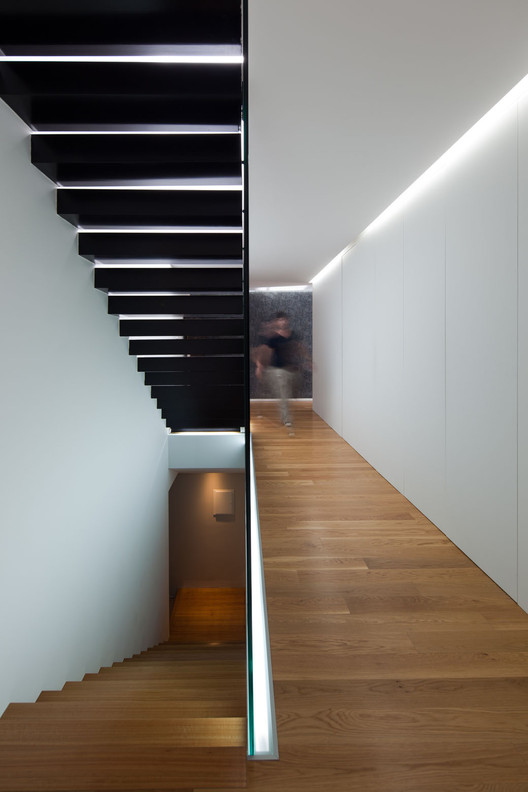