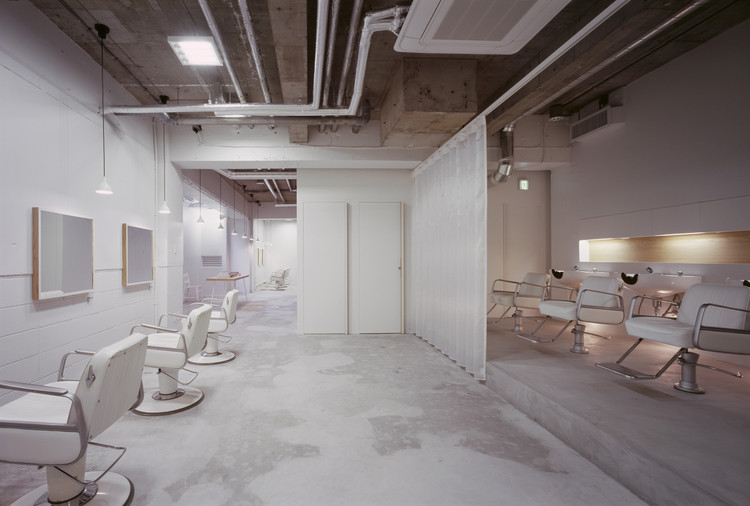 Located in Daikanyama, one of Tokyo's trendiest areas, 'kilico.' is a hair salon housed in an attractive space in the basement of a commercial building with a skylight built in 1983 that has seen many prior tenants. When we first went to view the site, it was in an extremely stripped down state. Even though the interior layout had basically remained the same, there were many traces left behind by previous occupants on the floor and walls a flat mortar wall next to an unfinished concrete block wall, and a whole host of dents and depressions of various sizes in the coarse concrete floor.

We decided to leave these textural details intact and incorporate them into the design for the new salon, so we painted the walls over in white and filled the depressions of various sizes with mortar.

Looking at the white wall that extends downwards from the ceiling until the floor, for example, you can see an entire gradient of different textures: the surface of a concrete block gradually changes into a surface riddled with holes that probably appeared when it was dismantled, which then segues into a panel with a completely flat and even finish, ending up as a fairly flat surface at the very bottom.

After we had filled the depressions in the floor with mortar in order to make it flat, a map-like pattern emerged - what we call a "time map". The design of 'kilico.' is based on these vestiges of past "time" - traces of previous incarnations of this building that have been given a new lease of life. 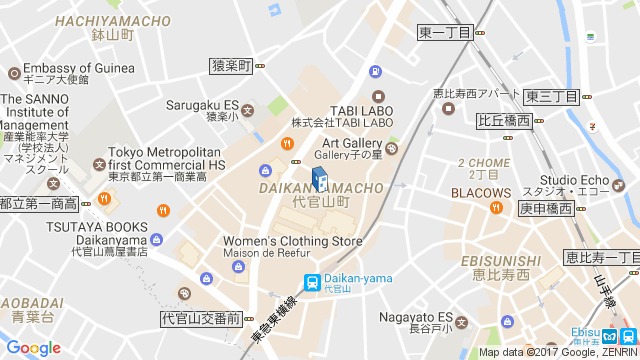