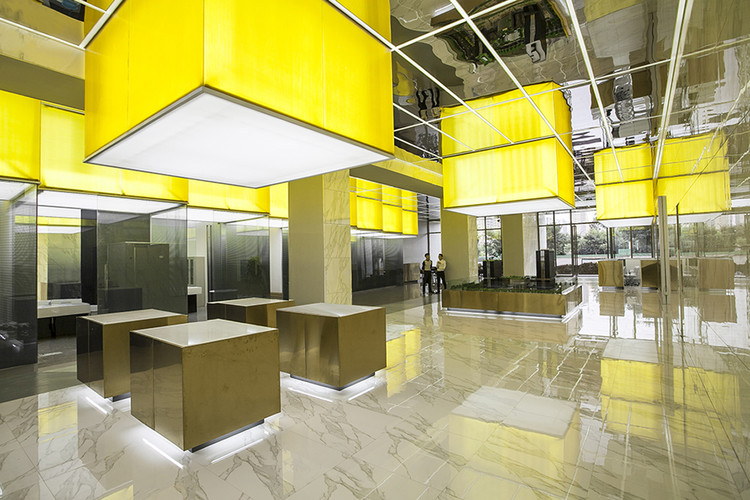 Twin boxes of the Juxing Tower Showroom are shimmering spectacles projected from a homogenous grey mass. Devices of deception, these two boxes contain an interior that visually expands beyond its physical confines - vertically, horizontally, and in depth. Aided by the contrast of the grey uniformity, the transparency of the showroom’s façade draws the eye towards the interior.

The design of the interior is defined by the relationship between doubles. Reflective surfaces expand the interior horizontally as one space is dressed in polished stone and the other with aluminum panels. Above, light boxes are suspended in illumination. Reflected in a mirrored ceiling, they appear to both float mid-air and to protrude upwards through the gridded plane of light, thus ‘extending’ the height of the space.

The light boxes are paired with corresponding functions below: in other words, the ceiling plan is a copy of the floor plan, indicating the reception area, model display and offices. These light boxes and their functional counterparts on the ground are arranged to create a forced perspective, making the space of the showroom appear deeper than it really is. 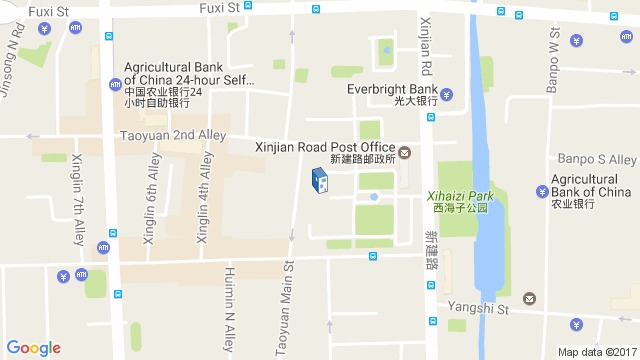