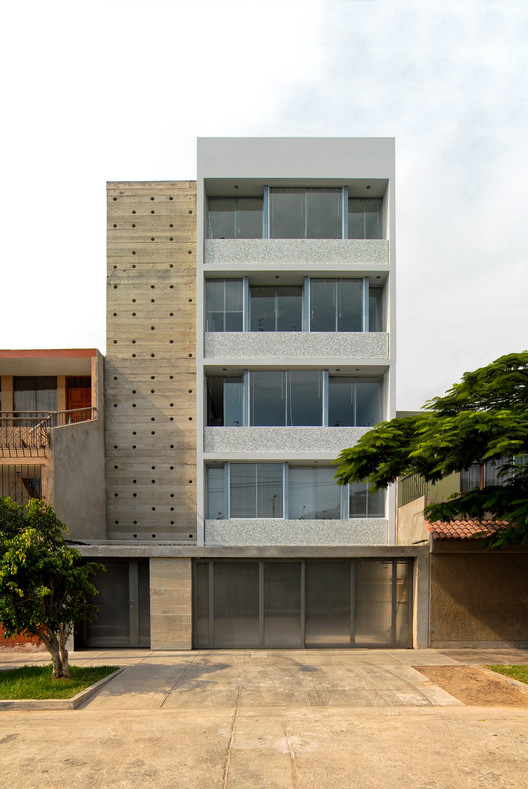 The city of Lima is experiencing today a real estate boom. In the past two years, approximately 40 000 dwellings has been sold. The speed of these changes and the high demand for social housing has derived in projects that focuses more on the profitability of the business than improving people’s lives through the re-imagination and quality of the spaces that are designed. Moreover, inherited trends that used to define clearly the spaces within the flats have derived today in micro-spaces without much concern about the spatial quality. As a consequence, Lima has increased the amount of housing units per year, but not necessary the creation of new communities nor the imagination of a lifestyle along these projects.

In this sense, the MQ project, a 4 apartment building in a 8m wide and 20 m long parcel, explores around these ideas and takes on the challenge of promoting a sense of community within the building by shaping quality communal areas as well as designing multifunctional areas within the flats for avoiding space fragmentation.

Each flat has 84m2 and contains 2 dormitories, 2 restrooms, a studio, a laundry area and a social area that integrates the kitchen, the dining room and the living room. The main strategy was the articulation of a series of open spaces and rooms along a main corridor that serves as a space itself. This pattern allows several things: the expansion of the visual perception through diagonals across the open spaces and the presence of natural light and ventilation in every room of the project.

The facade of the building tries to be ludic as well as clear in defining the two functions that are represented. In the area of the flats we have proposed a thick facade that brings enough depth to host window boxes in the outside and trunks in the inside. In the area of the vertical circulation, we entirely close it and play with the cast grid during the construction process. By using different sizes of barrettes the perception is a series of random holes within this wall contained within a very rational and functional grid.

The social spaces are two: a generous social area in a semi-basement that dramatically receives the natural light from the openings above, and a rooftop that has a bench as the main protagonist and that engages with the rest of the city, the park in front of the building and a view of the ocean when the sky is clear. A red wall that marks both the social areas as well as the vertical circulation connects both spaces. In this sense both the base and the top of the building welcomes the inhabitants of the building in an intimate, covered space when is at the base and in a fresh and contemplative spaces when is at the rooftop. 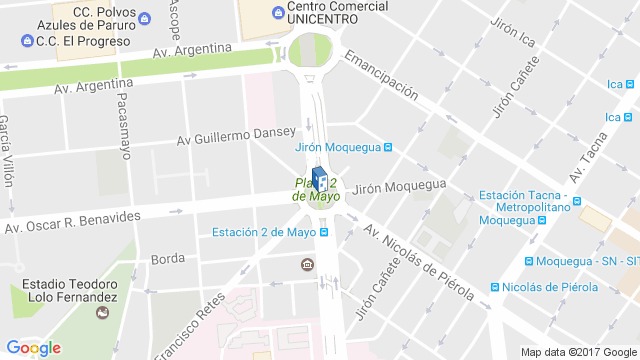