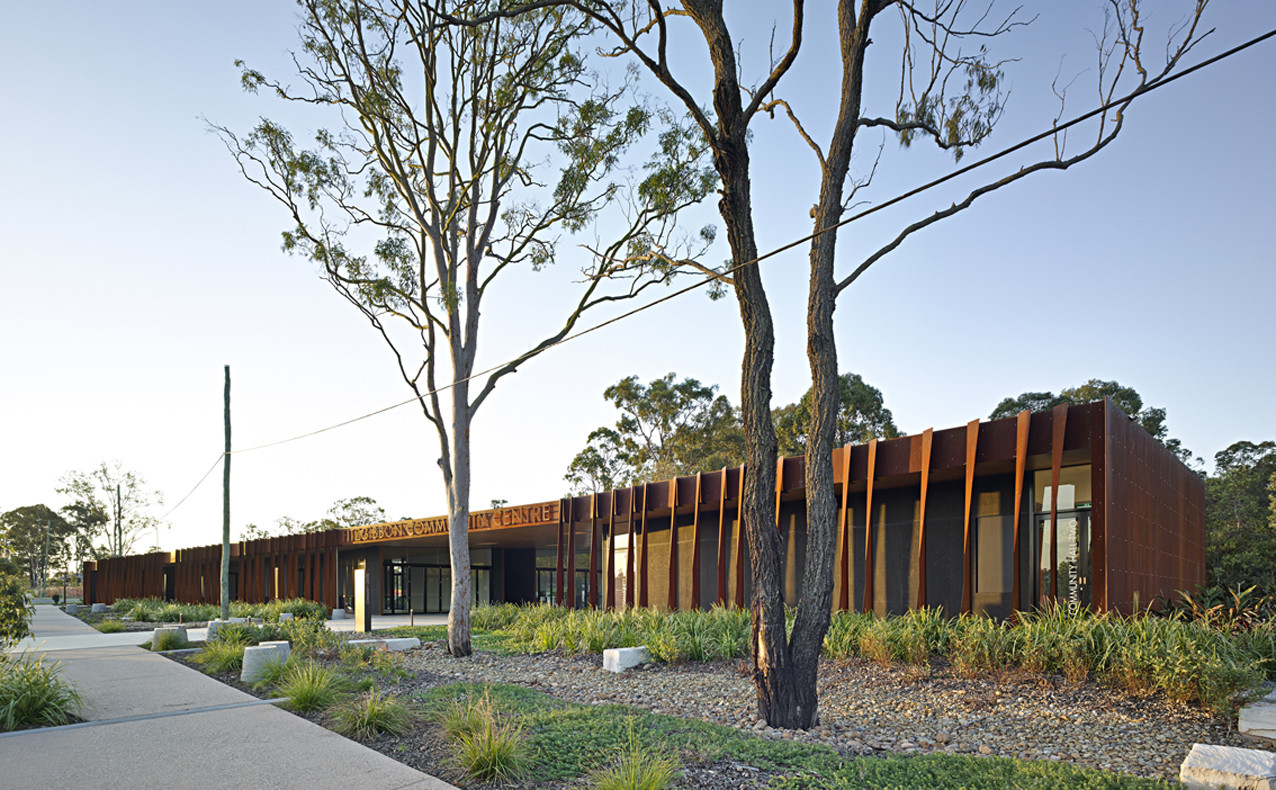 The centre is a response to the common suburban landscape within which it is sited. The regenerated bushland fringe of the site has been used as an unregulated dumping ground for vehicles and other refuse, which has over time degraded the landscape. The Fitzgibbon Community Centre design responds to this treatment in built form, by redefining and redeeming this relationship to the landscape as a piece of artwork within the environment-

The building addresses its street frontage without being sited on the street, with its facade line modified to incorporate the rare remaining trees on site. This in turn helps with the building programme of a mixed use cultural centre incorporating allied health, offices, meeting spaces, retail and community halls.

The ‘heart’ of the scheme is a large open covered space, which forms a gateway on the axis from the new commercial centre of Fitzgibbon to the bushland tracks and trails to the North. This gateway acts as a starting and finishing point for the trails, with essential amenities and a retail outlet.

While formally abstract and demure the centre makes provocative use of materials, which highlight it as a future landmark in the community. The building is fringed by sculptural blades of weathering steel, a material that responds to the corroded car bodies once found on site. These blades form a rippled screen to the street which reveals glimpses through the building when approached by vehicle. Behind this oxidised screen, the building is clad in stained plywood with ample operable glazing to allow natural ventilation, and large overhangs to provide natural lighting without overheating. This use of naturally weathering materials and passive climate controls allow the Fitzgibbon Community Centre to evolve and respond over time to its suburban landscape. 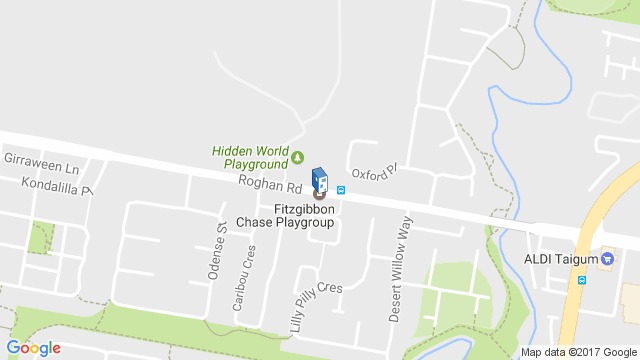 Location to be used only as a reference. It could indicate city/country but not exact address.
Share
Or
Copy
About this office
Richard Kirk Architect
Office
•••