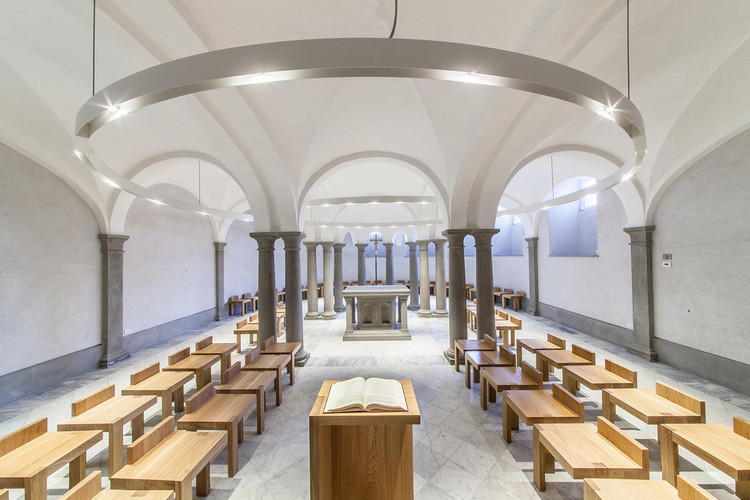 The original project included the construction of the church vestry in the west side of the altar. The project was never completed , but the need to connect  the interior of the church with the underground crypt led to the creation of a link that appeared inconsistent with the architecture system, with  spatial and functional limitations.

The project of the new link has been created with the dual purpose of restoring balance and continuity to the west elevation of the church and give the right  importance to the stairs connecting the crypt and the nave, using natural light as the main element of the space.

The use of curvilinear forms has allowed us to circumvent the restricted size, without the perception of the corners. The large window leads a lot of light in the space and, thanks to white walls, spreads widening perception until the crypt level.

The work in the Crypt concerned in the first place the reorganization of the perimeter walls from the damp. Also in this space has given much attention to light, in particular the relationship between natural light and artificial light.

Artificial light has been specially designed to create a light installation consisting of two rings of six meters in diameter. This installation wants to understand and measure the curvilinear space of crypt. The direct and indirect light is dynamic , becoming a means of communication and expression through the ability to introduce different lighting scenarios depending on the activities carried out in the space. 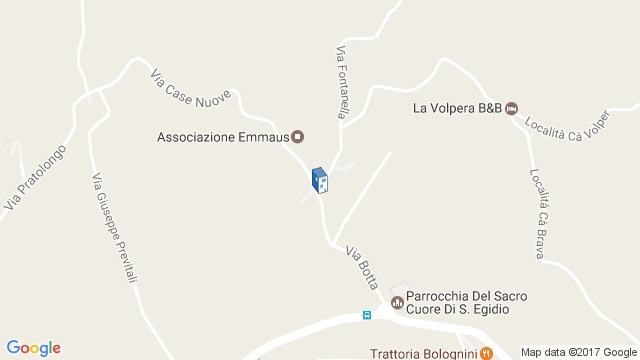