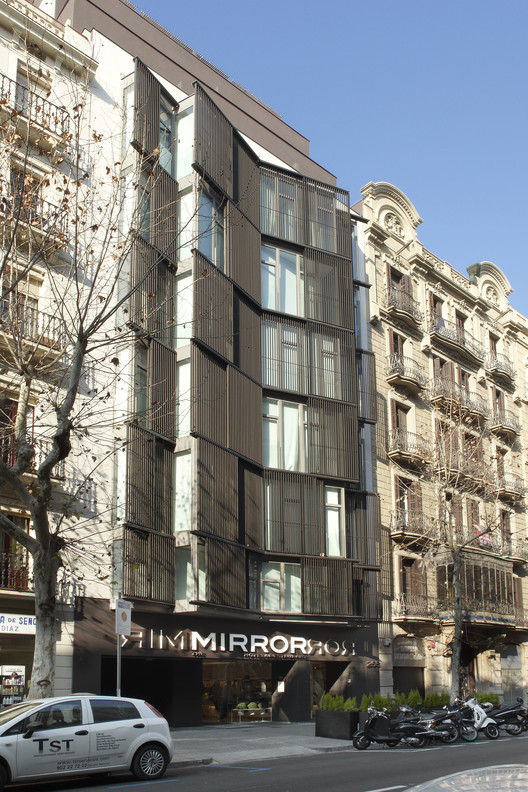 Text description provided by the architects. The project accomplishes the integral refurbishment of an obsolete office building, to restructure it as a four stars hotel. The resulting hotel building consists of a basement, ground floor, where is the restaurant, and seven floors with a total of 63 rooms.

GCA in charge of the Architectural project and Interior Design has developed altogether in order to obtain an integrated and outstanding result.

The courtyard placed in the centre of the building, contains the vertical communication formed by stairs, glass elevators and hoists. The courtyard serves several functions such as, airing the stairs, spatial continuity, makes the entrance of daylight through the upper skylight to ground floor. The wall of the courtyard is completely covered with mirrors, doubling the size of the courtyard creating interesting visual relationships from different levels.

The hotel rooms are solved in a particular solution that moves away from the conventional hotel distribution, they are interspersed with each other to optimize the width of the building of 12 m and get four bedrooms for facade, eight per plant. The use of mirrors, which duplicate the space, brightness and indirect light, and the white in its different shades and nuances, as a single colour, help us to create a neutral atmosphere that conveys the feeling of calmness and relaxation, and also amplitude that is the concept applied to the interior design, not only in the area of guest rooms, but in the entire hotel, including common areas.

Inside the guestrooms, the bathroom is atomized, in the sense that the three pieces, toilet, handsbasin and shower or bathtub, are placed autonomously in the room, allowing the simultaneous use of them. Shower and toilet appear as white glass boxes built into the walls of the room, with glass doors with silkscreen as a reinterpretation of elements of the "optical art".

There are two types of storage elements, one as a hidden closet and another one as an open-shelves system. The order is decided by the host, as the temporary owner of the space.

Lighting is an essential part of the project; it is solved via indirect and ceiling lamps or decorative ones, with particular emphasis on the control of energy consumption, with the use of the cold cathode and the fluorescence, and the colour tone of the light. The use of domotics and the creation of light scenes help to control the effects. The personality of the rooms is extended to the common areas of the hotel creating a unitary whole.

The ground floor is divided into three zones. The first next to the access serves as bar-reception, the second, the courtyard is the living area or lounge and the last is the dining room, with kitchen on view through a panoramic opening, allowing to see the team of Chef Paco Pérez ( winner of a one Michelin star) in action.

Materials are again the same; White floor, bright white painted ceilings, and walls covered with mirror, stainless steel and leather, returning to the white colour being the protagonist.

Some white angels sculptures or images are the work of the sculptor Christoph Mertens,  occupy various spaces, as creatures who are protectors of the costumers of the hotel. 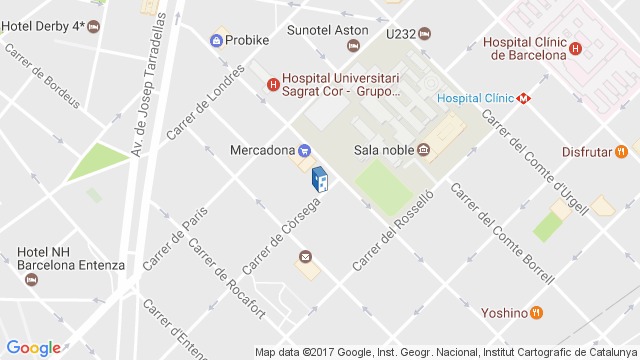