The cultural center is located in the Dab district of Katowice in Poland – an area known for mines and industry. The concept of the building links two important aspects of the site. A green space connection is made from the northern end traditional Silesian street to the southern border. The edge between the building and green space is invisible. The roof in the plan of a ‘Z’ shape rises from the ground level to two floors. The sectional form is inspired by mines, as all of the programmatic utilities are located ‘underground’.

The building at the street level is integrated to promote urban interaction. At ground level, there are two plazas intended to create familiar public space. This is important, since the building is located on the path connecting two main parts of the city. The form of the rising roof is strictly functional. It fulfills the need of making a second independent entrance to the library, which is located on the second floor. The library extends its use to be included on the green terrace above, allowing for open-air reading and privacy from the street hustle.

The main hall of the building is a gallery area, which is accessible for pedestrians even after opening hours. The interior materiality of the building is primarily comprised of the combination of brick and stucco. As a contrast with these warm materials, the exterior skin is comprised of glass with steel reinforcements. It is important that the cultural center maintain a sense of transparency that invites glimpses and promotes visitation. The detail of the facade is minimalistic black banding; framing what is inside as being activated and picturesque. The Mies Van der Rohe style façade of black steel respects the memory of industrial mining.

This building initiates a variety of human interactions, as that is what forms a culture. It integrates open green area with narrow urban street, provides a functional underground in contrast to the public first floor and more private moving upwards, and makes a pedestrian path the place to stay and be. This is done through pulling away the building form from its boundaries both physically and experientially, thus creating a free form setting for self-expression. 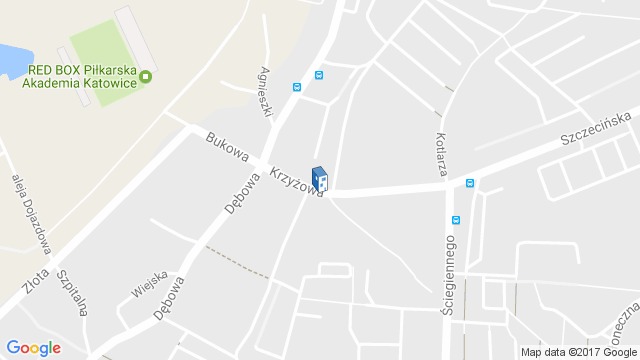 Location to be used only as a reference. It could indicate city/country but not exact address.
Share
Or
Copy
About this office
Rafal Mazur
Office
•••