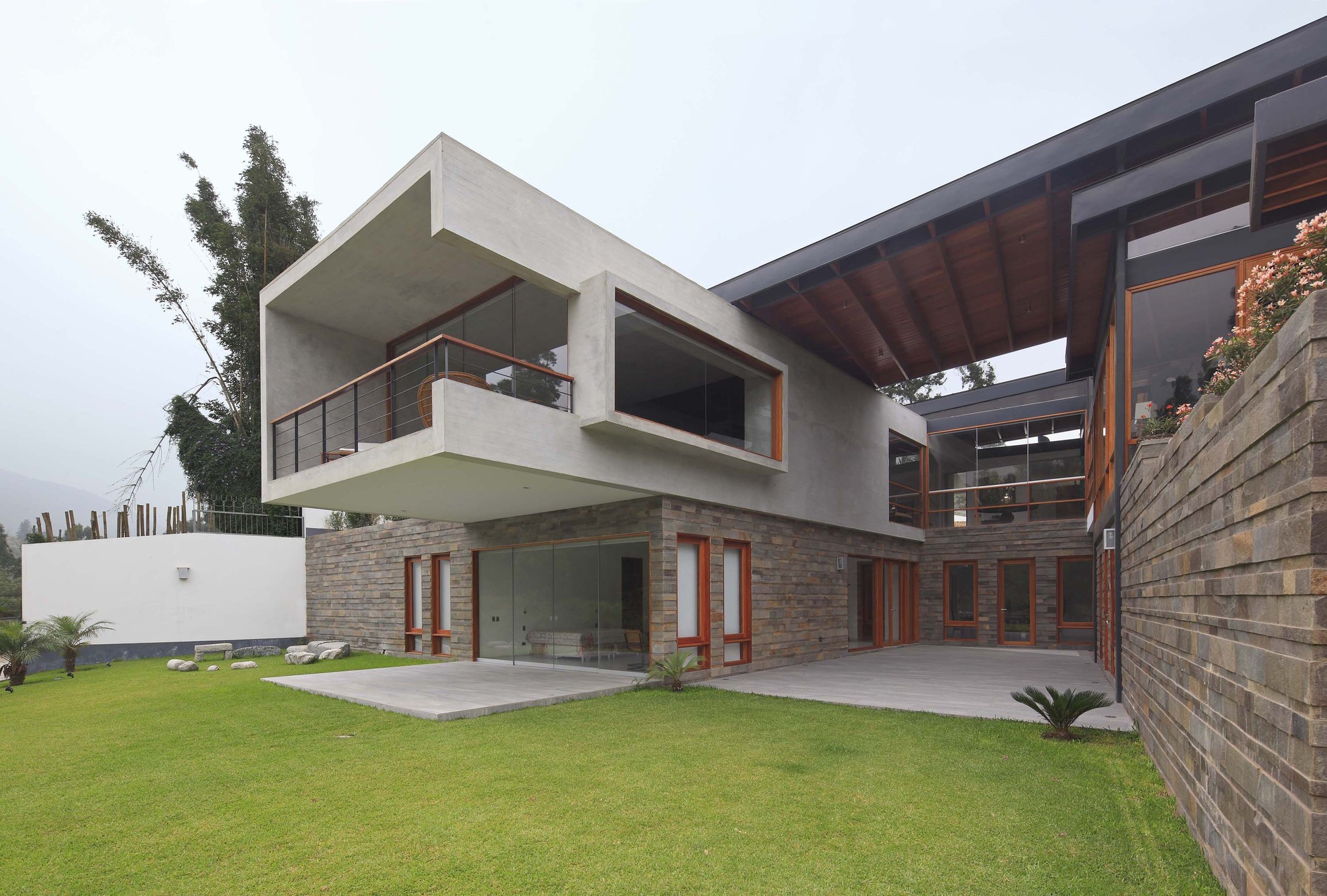 We work on the course of the river as a reference in its relationship with the project. We design the sloping wooden roofs as a moving mantle, suspended in a lightweight structure, accompanied by stone walls with a vernacular character that open in the shape of a fan towards the landscape, and which start parallel to the movement of the river.

The roof is suspended over the architectural void, making it lighter, and projects the interior to the surrounding landscape. The house extends over two levels, with the access on the upper level. Only one level is perceived from the vast access expanse, allowing a control of the scale.

An outdoor street allows us to relate the two levels, allowing the natural environment to capture, in a controlled manner, the interstices of the home, embracing some of the social areas. "We tried to mediate the domestic habitat with the void and the extent of the territory."

The lower level is directly related to the movement of the river, and appears only from the street that slips through the volumes of the project. 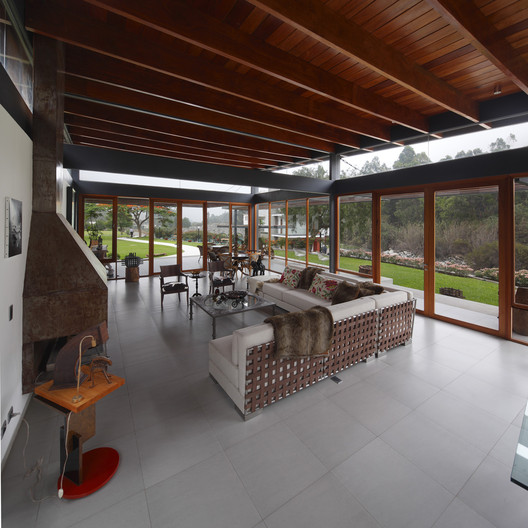