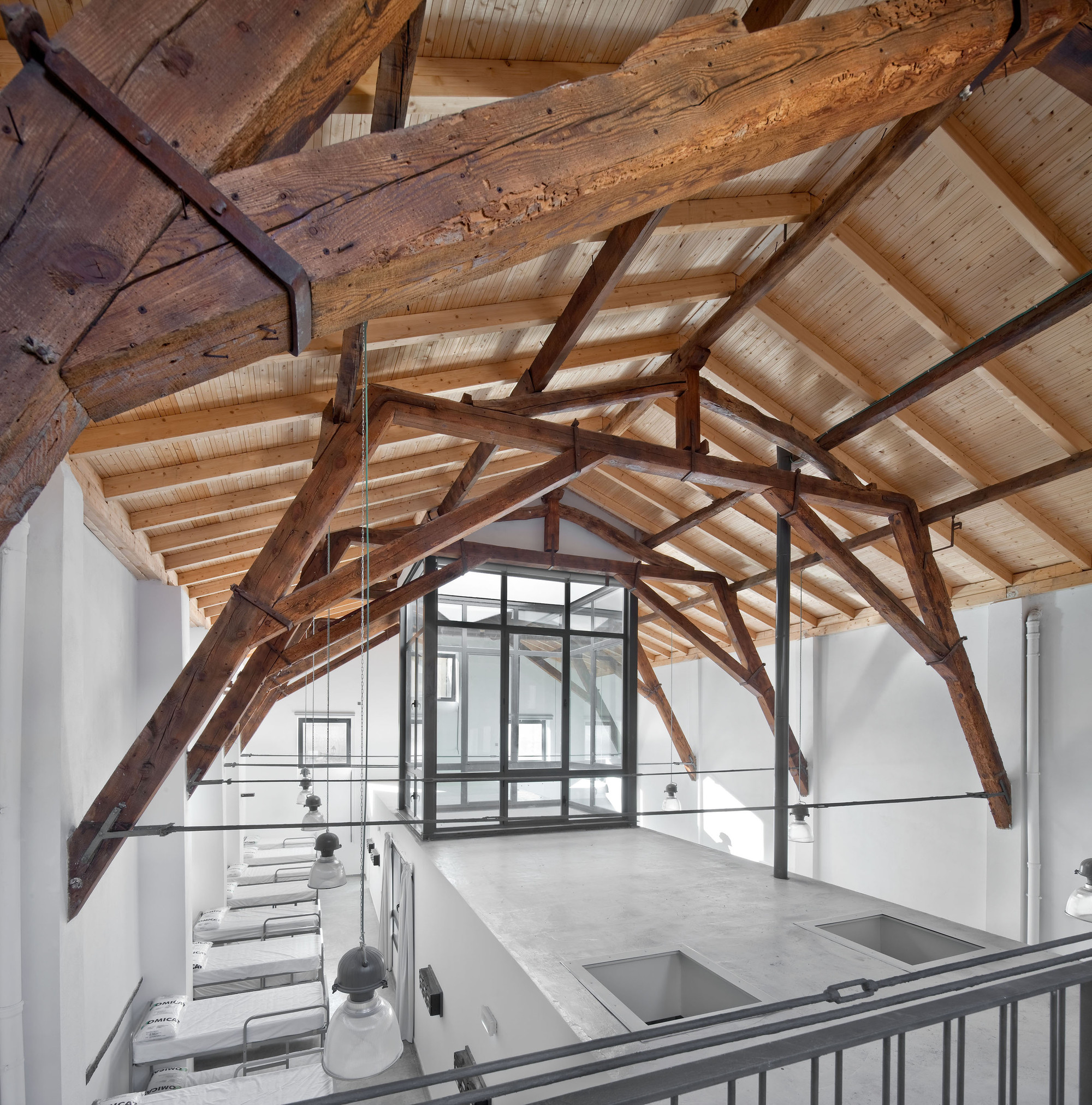 Text description provided by the architects. The temporailty of a place that is occupied provisionally, often precipitates the lack of interest in its maintenance, and when it is known beforehand that the use of a space will be limited in time, the concern for it is undermined.

This is what happened to the walls of the old school, that survived for decades to permanent temporariness, as its inhabitants, all from different conditions, conceived their permanence in it as something ephemeral. And hence the significant deterioration suffered during the second half of the twentieth century. Its architect may have been Jacinto Arregui, author of the Charity Building (1864) and the Provincial Hospital (1866).

At first it was its proximity to the Provincial Hospital (where its predecessor, the comedy theater, was), which led to its occupation as a new theater. Later, its size and unique performance space (great height, long spans without columns, boxes) were suitable to install the dining room of the kitchen range. Then, the proximity to the Pastrana building (its doors were facing, as the school was accessed through Mayor Street) was seen as a great buying opportunity for the owners of the funeral home.

During the last years of the twentieth century, and accompanying the decline over time in the area, it became a scrap yard and garage.

The lack of appreciation of our heritage is not something new. It is more ingrained in us than we think.

We must emphasize that not only this peculiar succession of historical vicissitudes, but its situation, enabled what is today the Santiago Apostle Shelter to catalyze an intense network of city links with its near surroundings, and to have its direct impact on the urban fabric of the area.

We uderstand these two concepts, architecture and urban fabric-as an indissoluble binomial. And if we promote the rehabilitation of unique buildings, we should not spurn or lose the uniqueness of the public space containing them.

In our old building, now, fortunately, the story is written backwards. The new property has intelligently weighted the potential of its architecture, endangered in recent years, and has used it as leverage to boost its exploitation in a sensible way with its history and its entity.

Combining this fact the second component of our binomial, the urban fabric, through the monumental force that the road has at this point, we end up completing a regenerative and rehabilitating action, plausible because it is necessary, and beyond the building itself.

Because the road will expand our network of urban links, firstly, linking our shelter with other Jacobean milestones, such as the Imperial Palace Church (First Hospital of pilgrims), the stone bridge and the chapel of San Gregorio. It nods and consolidates, secondly, its continuous use in time, thus definitely turning away a random rotation of tenants that made its preservation difficult. 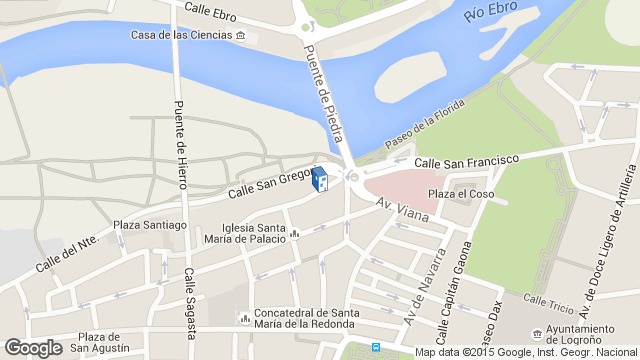