Save
The Black Barn / Arhitektura d.o.o. 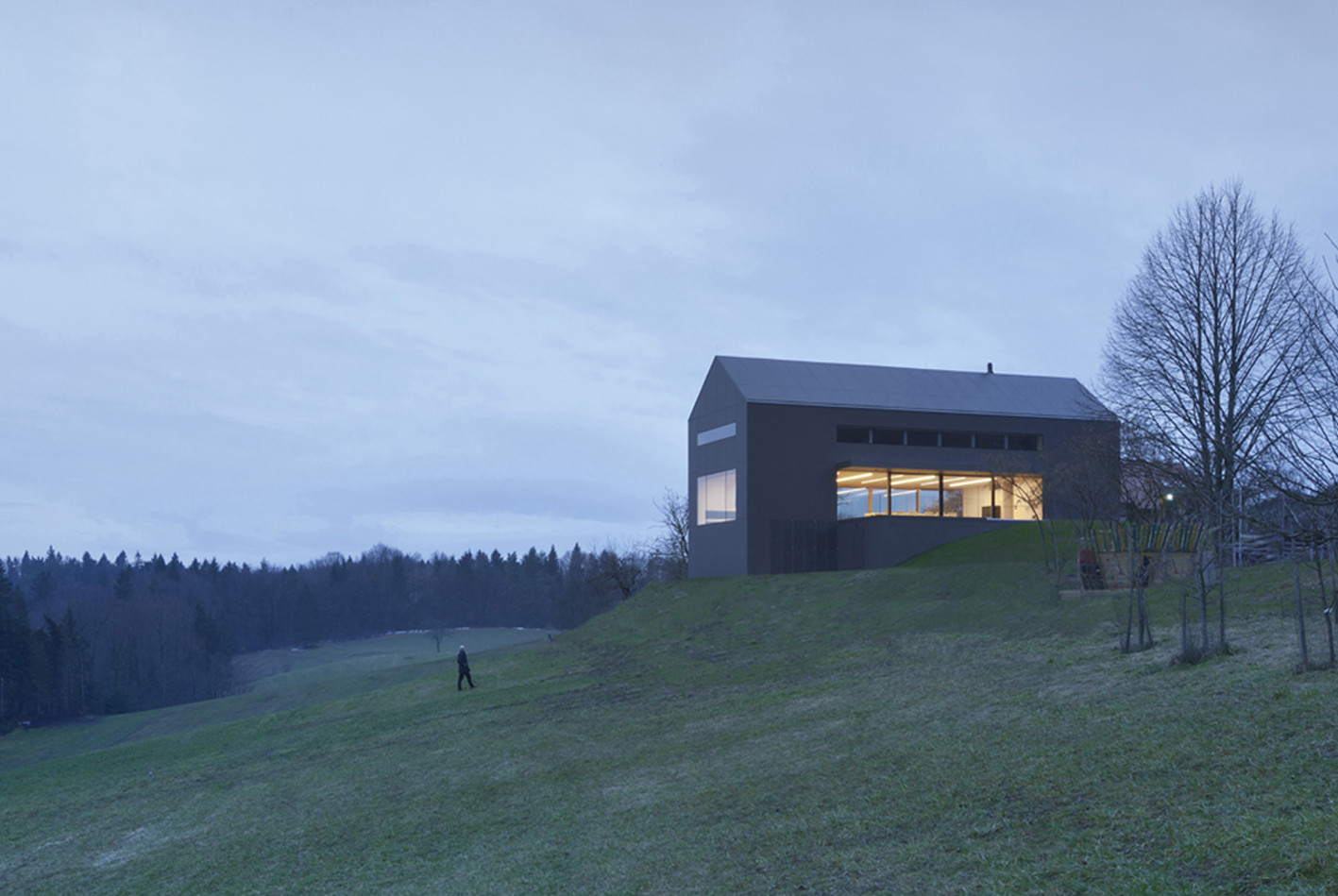 The owner is a successful Slovenian businessman who spends some of his spare time in the countryside. The property is situated on the edge of a small village on top of a hill, and consists of farm land, forest, residential building, barn house, apiary and wooden pavilion used as a tool shack. The client decided to replace the broken-down barn house with a new, multi-functional building, a sort of “modern Slovenian hayrack”. The building is intended for dispensing honey, sorting, handling and drying fruit, storage of crops and tools, while the spacious ground floor is intended as a meeting place to host partners from abroad and celebrate family events.

Although the client’s idea of a modern hayrack which would function both as a barn house and prominent protocol house seemed controversial at first, however, the idea revealed a great archetypal and development potential, which is inherent in the architecture of a hayrack in Slovenian cultural awareness. Professor Marjan Mušič compared hayracks with Greek temples due to their architectural purity and antique origin, as well as monumentality, derived from pure form. In terms of size, position and importance, the hayrack was a central structure of a homestead and the source of livelihood in general. This is where their almost sacral character stems from.

The beauty of hayracks should not be sought in luxurious décor but rather in their proportions, harmony of strict lines, functional credibility and installation in space, giving their surroundings a monumental character. This concept originates in the Antiquity and still has the expressive power for the modern times and new tasks.

The building was placed at the end of a ‘pier’, which concludes the site of the small village and from it panoramic views of the picturesque surroundings open up. Together with the residential building and the wooden pavilion this plot of land forms a large inner grassy courtyard of the homestead. The building has a semi dug-in basement, a ground floor and the attic. The construction basis is similar to that of the double hayrack with stone corner pillars. The corners of the new building feature four strong corner pillar structures, with a 12 meter bridge construction placed in between, thus allowing large unified spaces on the ground floor and in the attic. The construction is reinforced concrete with steel roofing.

The basement, accessible via pathway directly from the farm land, is designed for dispensing and storing honey, pressing and storing fruit, storing tools and similar. The basement also features a heat pump for heating and cooling the building, as well as a basement bathroom with a sauna.

The ground floor of the building is almost empty, which is similar to a hayrack. There is also a handy open kitchen, a fireplace, the entrance hall and a staircase connecting all three floors. The ground floor is glazed with large sliding doors which can be open wide and connect the ground floor with the natural environment or the backyard.

The first floor is mostly empty. In the summer the large space is intended for various farm chores, whereas in the winter time it is used as a billiard room and fitness. The first floor also features a mini guest bedroom with bathroom and a storage room.

The dimensions, appearance, colour and logic of inner division of the building are based on the tradition of the hayrack. The dark façade looks similar to old wooden barnhouses in the immediate surroundings and also allows a discreet inclusion of the photovoltaic roofing into the basic volume of the building. Due to the photovoltaics on the roof, the snow guards are replaced by wide jutting roofs placed above the ground floor openings. The interior is covered with bright ash tree panels which gives the impression that the interior is hollowed from a single piece of wood. Furniture is simple and accents clean lines of the spaces.

Even though the building is intended for agricultural activities of the homestead it is also an elegant »protocol« and symbolic architectural creation. With it the owner wishes to express a respectful attitude towards Slovenian cultural heritage and Slovenian constructional and architectural tradition and to the way in which buildings are placed into the environment. The bold construction of large spans which strikes us with hayracks also gives this new building an air of nobility, in harmony with the picturesque landscape of the surrounding pastoral scenery. 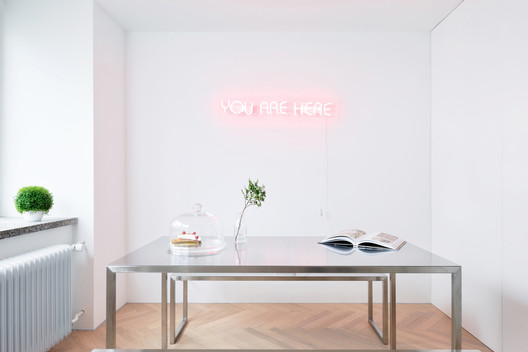