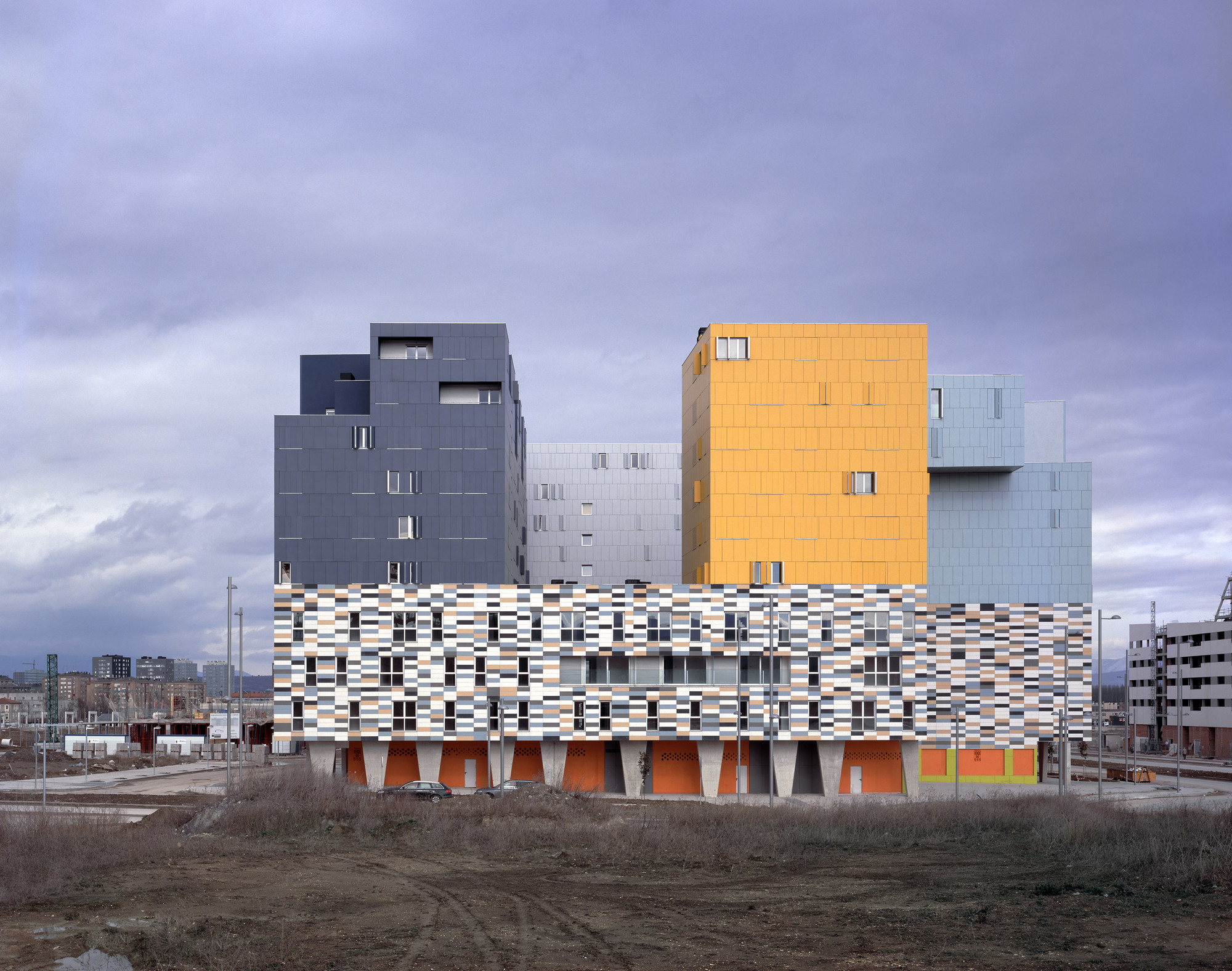 Text description provided by the architects. The proportion of the block is very upright. Nine floors are too many for the dimensions of the courtyard’s block. The first decision is to try to fluff up the maximum part of building adapting it to the maximum envelope possible: the result is a cantilever of 1.5m in every façade of the street, with the back of building allowing cross ventilation in the housing. The second decision is breaking the idea of a closed block courtyard and detaching the volume of the curve alignment in the section that is in contact with square.

Our proposal attempts to escape the immediate solution of a block as a continuous and closed nine-storey ring. We intend to introduce into it the spirit of the open block, buildings that confront, approach or overlap defining spaces but not locking them; to create a central courtyard that opens to the street and merges with it, improving the living conditions of both courtyard and interior of the housing; and to make easier the view from inside the courtyard to catch a fragment of the horizon.

The block is fragmented in its upper part making up four bodies. Three linear prisms and a tower are relying over a three-storey plinth. The different colours of each body emphasize on the idea of a whole made of independent elements. Vitoria has a wet and cold weather. The biggest aperture to the street is carried out in the south façade allowing sunlight to the courtyard. The outdoor space sneaks into the central courtyard hugging the tower, and runs away the opposite corners through the separations between linear blocks. The gaze just as the breeze escapes from the inside of the courtyard.

The façades are ventilated with ceramic pieces in lower floors and lightweight panels in upper floors. In both cases, we worked under the idea of camouflage. In lower floors, a pixelling effect, using almost the whole ceramic piece’s catalogue of colour, dissolve she outline of the windows. In upper blocks, shutters, that are the same material and colour of the façade, open up discovering holes, and close hiding them. Thereby, the houses change over day, night, sun and interior activity. 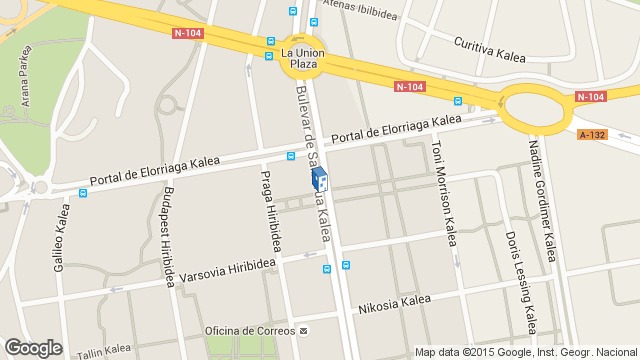 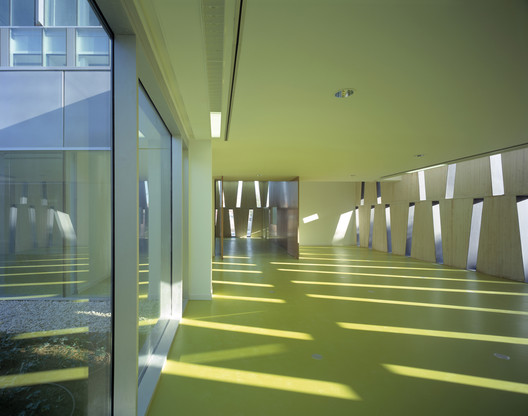