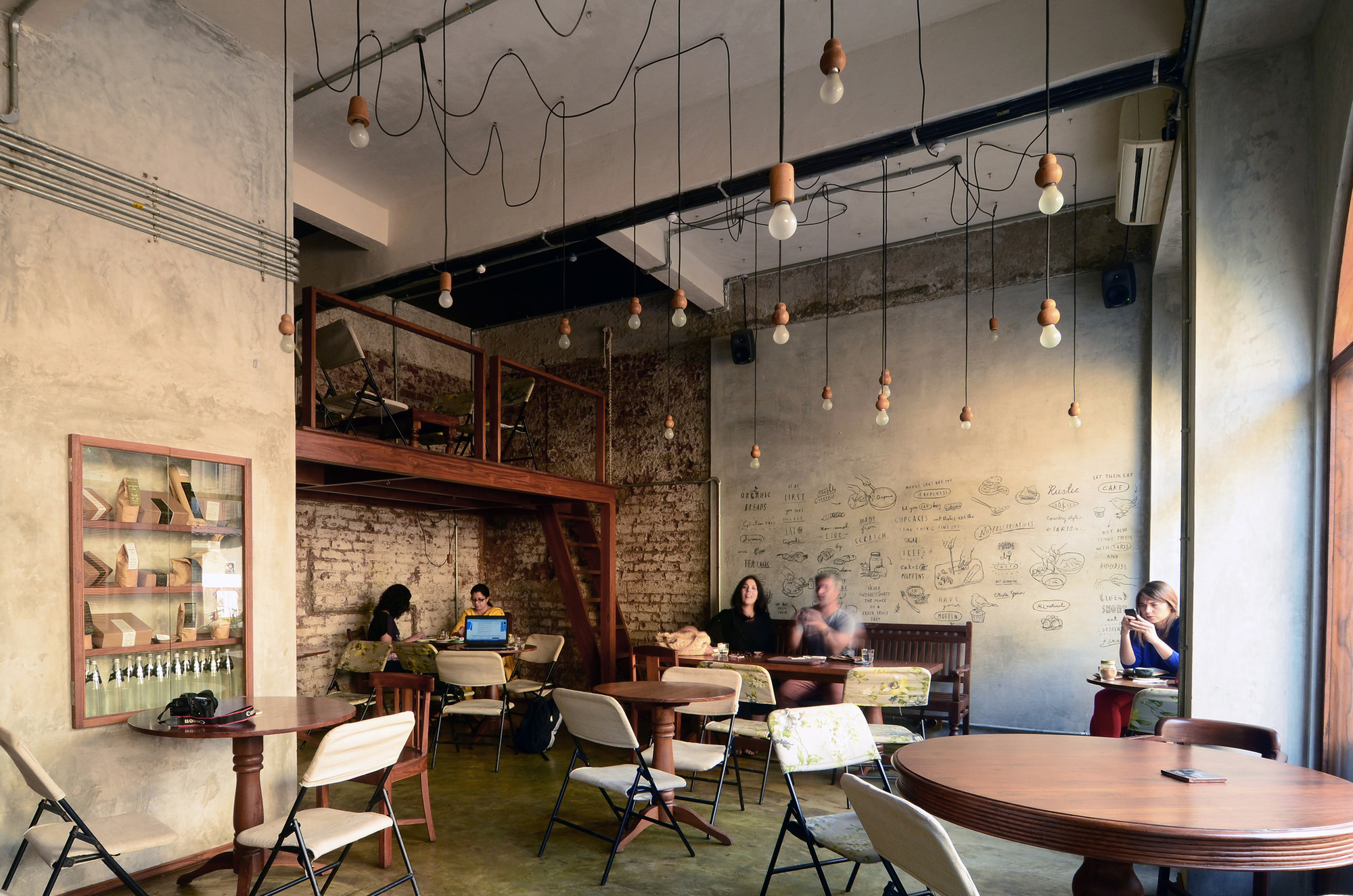 The first response when i was approached to design a cafe in a quiet and rich but humble heritage village in the suburbs of bandra, was to make sure that the design reflects and responds to the vocabulary of the existing surrounding precinct and speaks the same language as its historic neighbours.

Restricting the palette to concrete and wood, was an important part of this discourse; wood; a centuries old material and concrete not so modern, but a material for today, had a certain enigmatic charm about them, i am vividly fascinated by the quality of both these materials to age in such an elegant fashion and as they slowly start to speak of the stories of the place as it ages along with them too.

With this thought the design process evolved accommodating a kitchen, a bakery and seating.

I wanted each element to have its own important place while still fitting in the larger design context, the entrance arches were opened up onto the street, with a glass facade and double louvered shutters on the outside. Simple wooden shuttered double doors with bevelled glass panes mark the entrance. As you enter; you encounter the flooring which is a beautiful moss green shade of concrete, flanked by the bakery counter made of poured natural coloured concrete in casts. Few of the walls were chiselled and left as is to give the space a seemingly weathered look, as if this quaint cafe always belonged to the neighbourhood and thus people coming here would not feel overwhelmed with its presence. Simple but customised wooden tables, vitrines and old chairs and retro 1970s plastic switches on teak wood bases quietly add to the this endeavour of completing the decor as if it always existed there. The design also includes a small and cozy mezzanine constructed in old reclaimed teak wood for live performances or maybe for a private chat aloof from the hustle bustle in the cafe below.

The lighting in the space is envisaged using simple incandescent bulbs with customised reclaimed wood holders on dimmers. This are hung from a grid of hooks on the ceiling with the the wires seemingly haphazardly hanging off them. These hooks boast of the ability also take up installations by artists throughout the year thus keeping the space as dynamic as possible.

The menu for the cafe engulfs the back of the counter written with chalk on the blackboard painted wall, the graphics in the cafe are all hand drawn, left as is. We expect them to be wiped, redrawn, scratched and scrapped, even so just as the main signage for the space is hand painted, so as not make them look precious , but more thoughtful and personal. 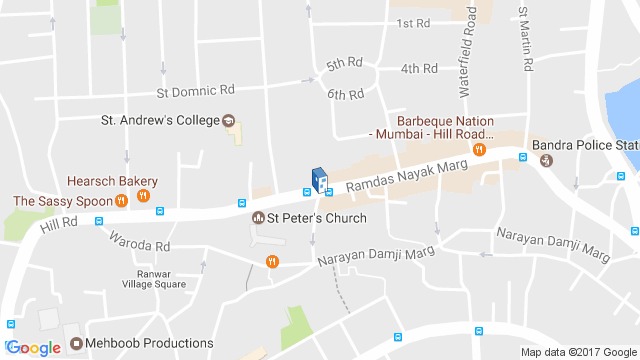