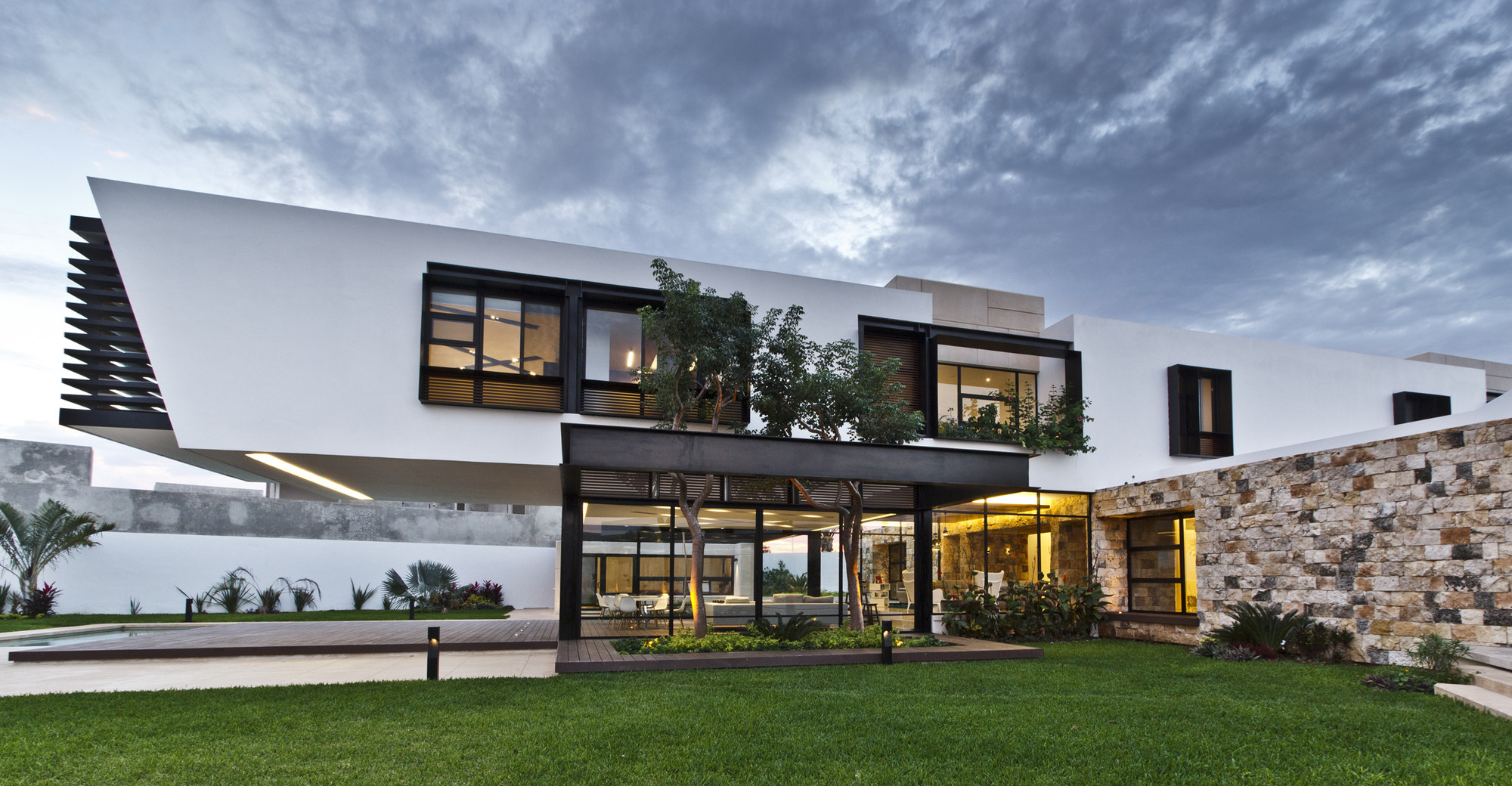 The space of the house is intended to create an environment in which the family is not confined between walls, but the outside is integrated with the interior, merged together as a single environment, highlighting the views generated by the different spaces.

For this purpose, the initial scheme was an L-shape, in which two corridors surround the plot to create a garden in the center, one corridor for services and the other for the living area (social and private). Subsequently, one corridor was turned 45 degrees to harness the winds and have better air conditioning. This movement also allowed the integration of the garden into the residential area.

Finally, to reinforce the concept, the corridor was divided into two sections. The first is located in a solid volume cantilevered above the ground; it houses the private area and shelters the social area, comprised by a series of terraces at different levels to define a spatial hierarchy. 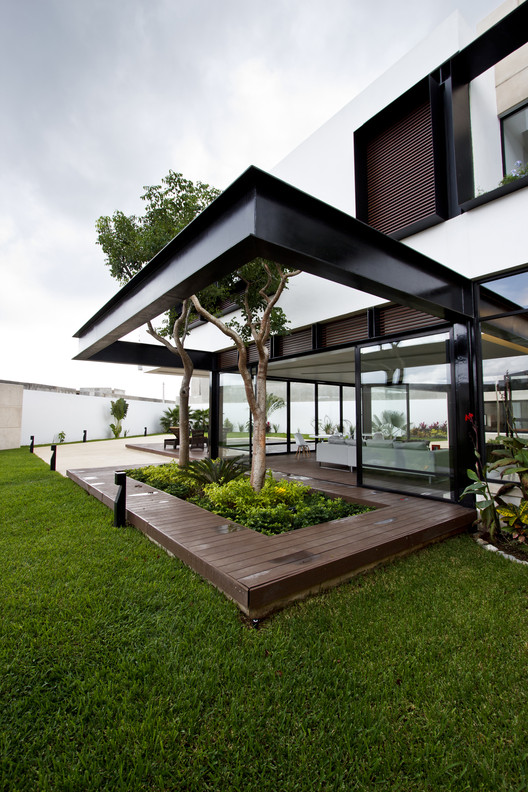