Save
Inside the Landscape / Studio x Architettura 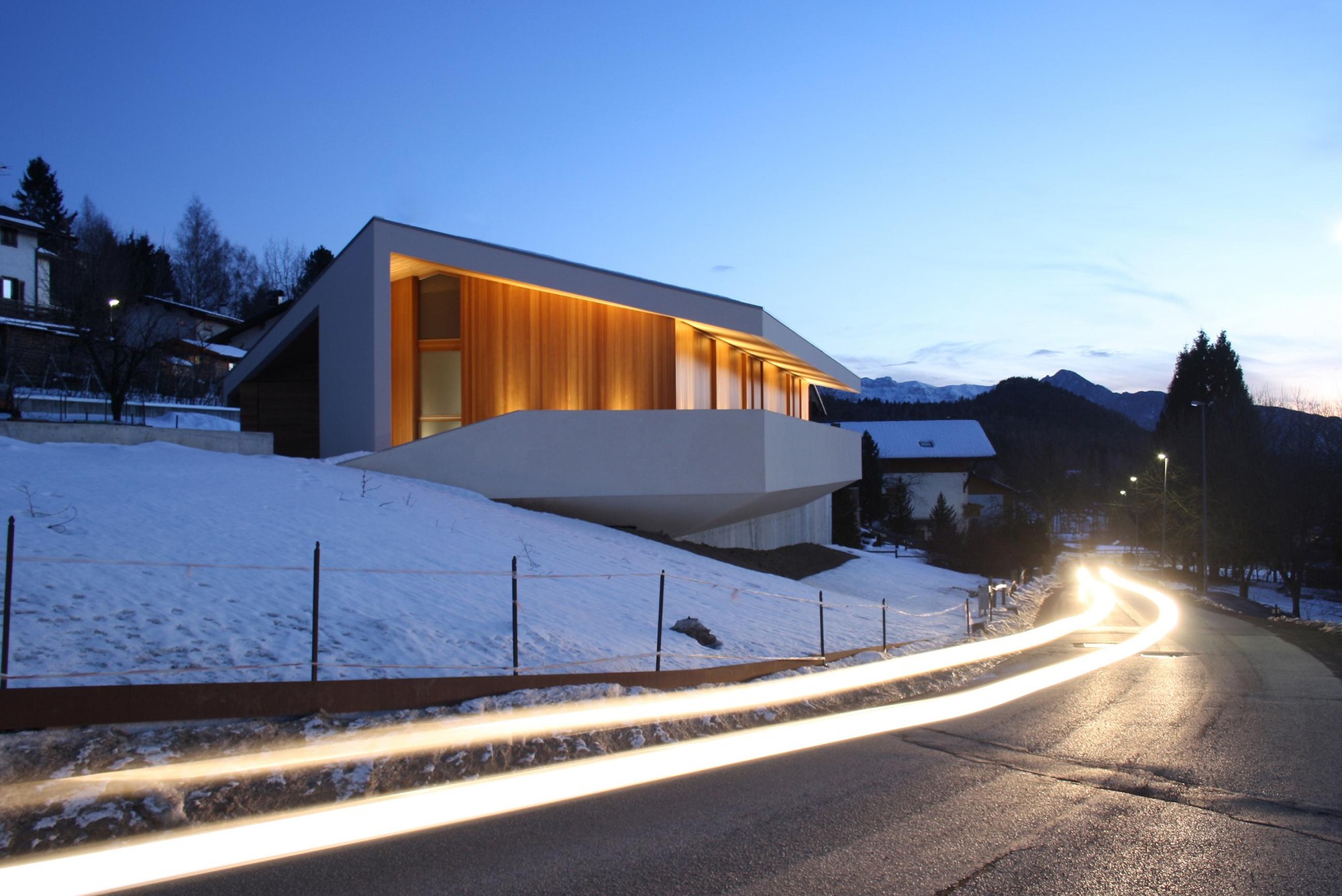 In the typical alpine setting of find in Trentino-Alto-Adige the terracing is the distinctive feature of the landscape and it is fundamental for the agriculture allowing the crops on steep sides of the mountains.

The project takes inspiration from this tradition: a reinforced concrete wall grows from the earth and surrounding the existing basement creates a horizontal plane, base of the new home.

The entire building has been thought as a pure volume carved by a long cut towards the valley, where the gallery is. In this way the building in the shape of a diamond stands out in the surrounding landscape and at the same time is influenced by it. The pitch roof reminds the typology of the adjacent buildings and the long gallery facing mountains allows to admire Brenta Dolomites.

The internal layout is divided in two parts by a long hallway: on one side there are the bathrooms, the utility room, the storage and the kitchen. On the other side there are the main rooms such as the living room and the bedrooms which face the long gallery from where you can enjoy the stunning view.

The whole building, except for the basement which is made by reinforced concrete, is made by cross laminated timber. The house’s external cladding is made by white render whereas the internal walls, floor and ceiling of the gallery is made by wood, creating a contrast of materials.