Daniel Libeskind has unveiled a permanent sculpture at the Cosentino Group world headquarters in Almeria: “Beyond the Wall.” Inspired by the “infinite possibilities of the spiral,” the installation is intended to exhibit how the company’s ultra-compact, innovative surfacing material, Dekton® can be used to clad contemporary facades.

“This is not a traditional spiral with a unique center and axis, but a contemporary spiral that opens multiple paths in many different directions,” describes Cosentino in a press release. “In short, a polycentric spiral energy is projected to a dramatic peak.”

“The geometry of external material of the wall, Dekton®, forms a contemporary fractal pattern related to the Golden Section. The pattern is integral to the wall structure, carrying within itself the structural logic of modulating scale and proportion within an endlessly fascinating surface. A kind of shiver should run up the form—an overlaying of a pattern that would break scale and dissolve the strength of the rising, twisting wall planes. It’s a mathematical mosaic, a mobile net that would run and break without repeating: a wholly modern concept of a tile, a ‘fractile.’ The aim is to find a similarity that never quite repeats, and to do that the surfacing would have to be a-periodic. It fits and locks together in an open-ended logic, as a network develops. The tiling has to be a growth of strange branchings.” 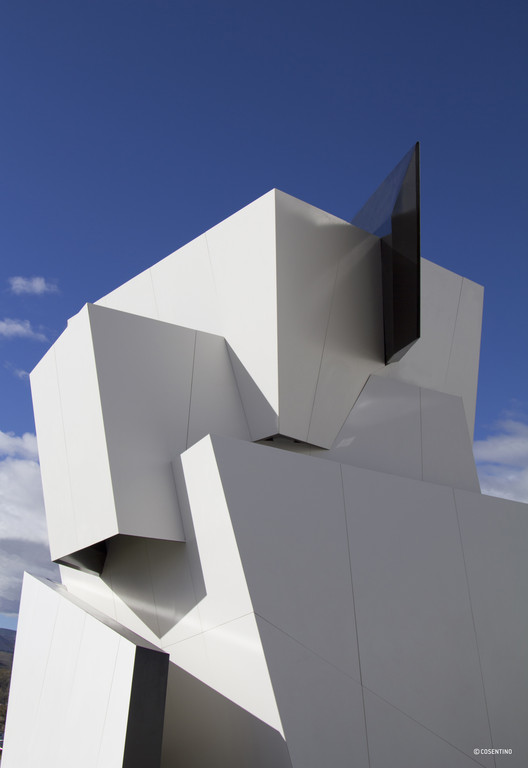