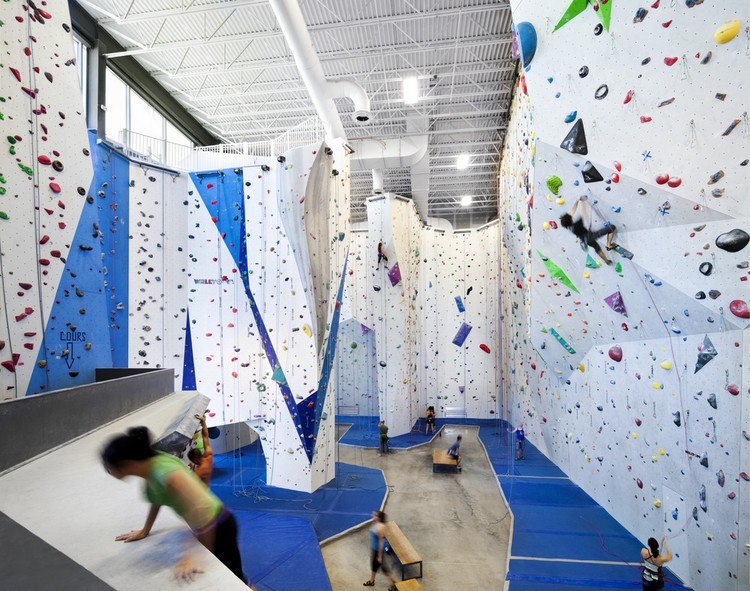 Text description provided by the architects. The rock climbing gym Allez-Up is at the heart of the revitalization project for Montreal’s Southwest borough. Flanking the Lachine Canal, the site and silos of the old Redpath sugar refinery have been converted into a one-of-a-kind indoor rock-climbing facility, adding significantly to the recreational and tourist attractions of the Canal.

Developing the abandoned silos into a rock-climbing gym is a unique way to maximize the enormous potential of these historic vestiges from Montreal’s industrial past.

The climbing wall formations within the main building actually resemble sugar cliffs, reminding visitors of the original function of the Redpath silos. These pure-white, angular climbing walls offer many different routes for both beginners as well as seasoned climbers. The multi-coloured climbing-holds speckled across the walls add to the dynamic charm of this unique interior space.

The siding and outer metallic building envelope pay tribute to the industrial and monolithic character of this site, while the massive windows gaze far out onto St-Patrick Street. In long shafts, abundant natural light saturates the space, creating an effect of crevasses and voids on the climbing walls and revealing the interior climbing surfaces - a truly colourful heart at the centre of a metallic exterior. 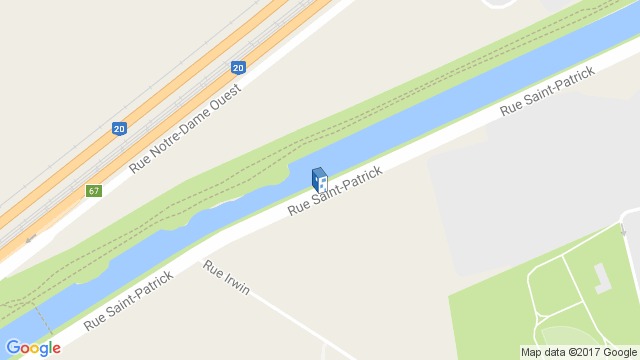 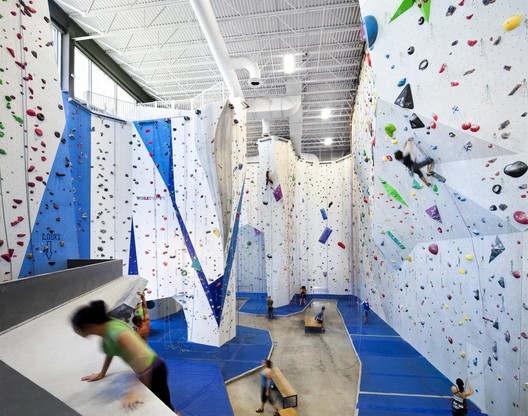