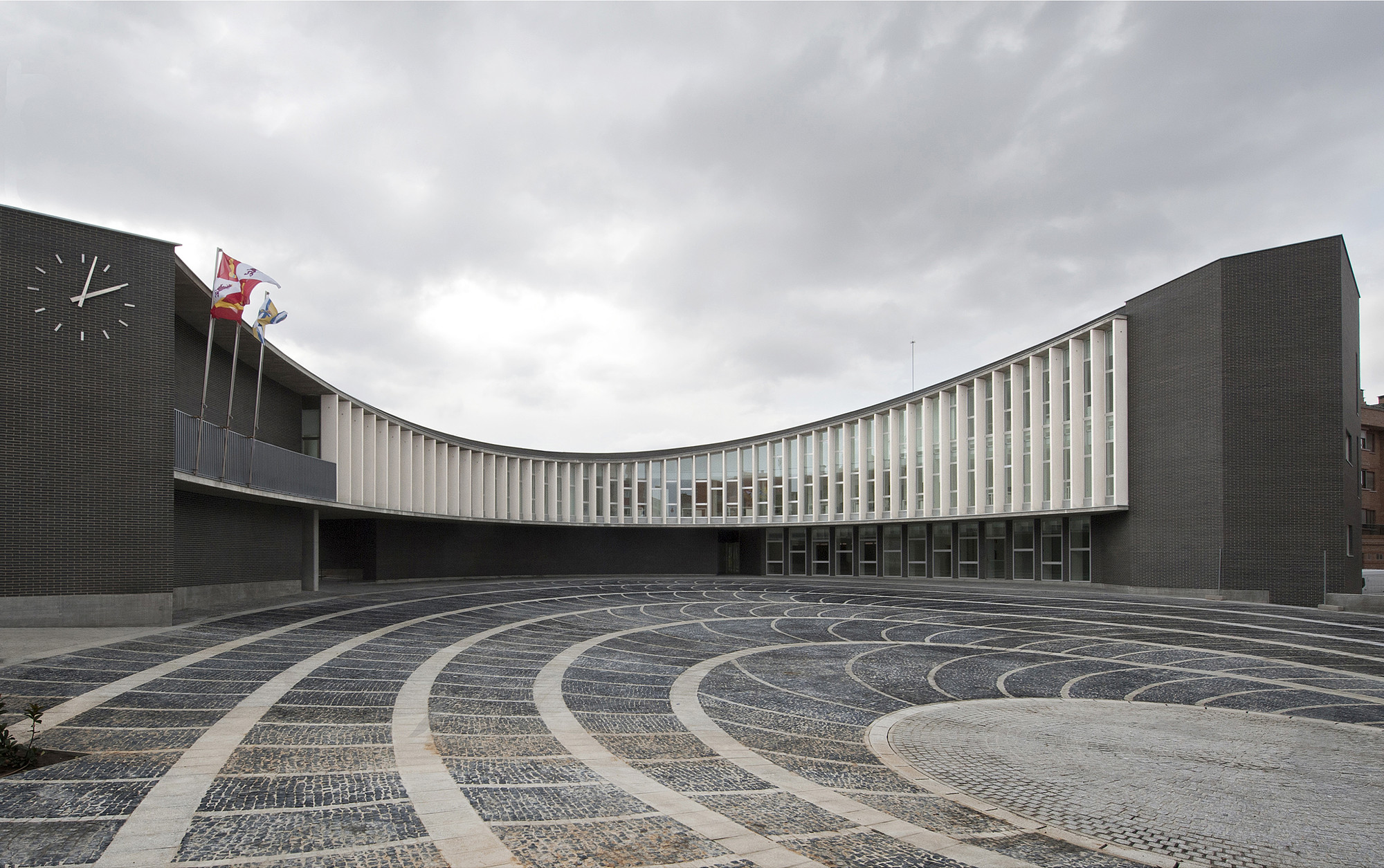 We seek a single design capable of solving all the urban problems.

The general layout of the square consists of two facilities: City Hall and library. Both are separated by the preexisting telephone substation, hidden behind a ceramic panel connecting them.

The town hall takes its representative role over the square it configures, while the library is lost among the trees, an element that reinforces the space created.

The building that generates city.

The proposal arises from the configuration of the representative public space as a generator of the project. We create an elliptical plaza with a slope, about 42x35 meters, a typology with very outstanding precedents in the field of historic urbanism (Saint Peter's Square in the Vatican, Campidoglio in Rome or the Piazza del Campo in Siena). It is embraced by the building, which reinforces the tension of the space generated with the line of the ledges increasing outwards. We have designed a public space-building positive-negative interaction.

The building embraces the public space, creating a welcoming space. It has a ground floor with a continuous arch on which a body of variable height, between one and two floors, rises. The volume is the result of the intersection of an elliptical cylinder with an inclined plane.

The facade of the cantilevered body overlooking the plaza, facing north and east, is glazed in its entirety and is protected by vertical slats of white precast concrete, which unify the image of the building and ensure brightness inside the rooms. The rest of the building facades have a massive character, reinforcing the volume with black exposed clinker brick, in which the openings and ceramic lattices are protagonist.

A City Hall is not another administrative building. Its symbolic nature, its representative elements and the traditional relationship with the city make it a unique building, so there has been a new reading of the elements of classic town halls.

The building opens to the public space and surrounds the citizen in a friendly and transparent way, as a symbol of the democratic institution it represents, and where great care has been given to the location of the different urban landmarks: Flags masts, rising above the cornice line, the balcony, protagonist during holidays, designed as a gap in the rhythm of the slats, and the clock, which recovers the classical duality with the church tower on the other side of the parkway. 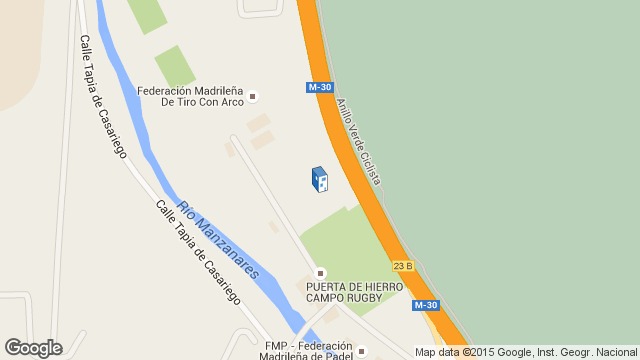