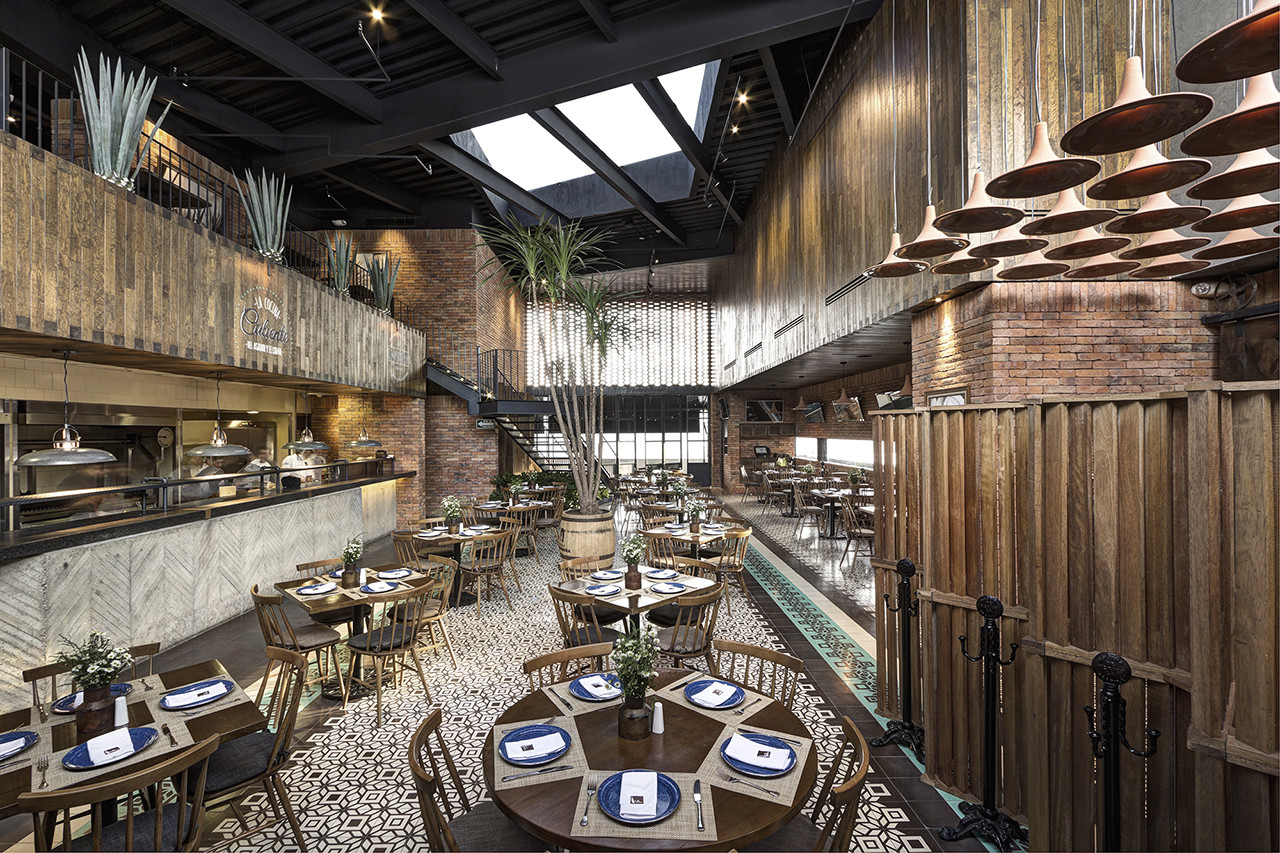 Text description provided by the architects. The restaurant is located within a shopping complex, at the southern edge of the city of Guadalajara, Mexico. The biggest challenge for the project was to rethink the aesthetic and architectural identity of a business with almost 2 decades of history. Throughout the last 18 years, La Tequila has made itself a reputation as the city’s premier destination for Mexican cuisine, and inevitably, an aura of tradition had been built around its architecture. Aside from the task of preserving and revising identity, the project sought to establish an architectural standard that would serve for replication in further openings; it was to be effected in a smaller space and had to facilitate a streamlined operation.

The first step in the design process was to produce an optimal layout. The original plans for the space considered a mezzanine in the short direction of the site; we decided to flip it as a longitudinal element that would claim enough space underneath to include the entire kitchen. This alternative configuration allowed for a wide, open front that revealed the sequence of preparation and engaged the dining area. This move yielded a direct, obvious operational advantage: a wider kitchen counter meant more space for collecting dishes and helped ease server traffic. Furthermore, the decision to clear the longitudinal axis of the site allowed for natural cross-ventilation through a series of operable windows on the south façade. At the center of the remaining double-height space, a steel stairway zigzags its way up to the mezzanine. A cantilevered landing sticks out at the stair’s inflection and serves as a podium from which to conduct tasting events.

The outdoor area north of the building houses a dining terrace as well as the bar. The former provides seating space under a wooden slat canopy with hanging ferns. The latter is expressed as an outdoor continuation of the kitchen bar element, flanked by tall stools; its oblique geometry encourages conversation between customers seating on contiguous sides of the bar.

The abundance of rustic texture, applied with precision onto a contemporary architectural language is analogous to the restaurant’s cuisine, which takes traditional Mexican recipes and transposes them to a modern context.

The most representative material elements were extracted from the original concept in order to inject a sense of identity into the new branch. Some of these elements were derived unaltered while some others were reinterpreted. The same locally produced red brick that covers the walls of the first restaurant was employed in the new branch and stacked with virtually invisible mortar joints. On the south façade the brick bond changes as bricks alternate with voids to create a screen wall that evokes traditional Mexican brick screens and reduces direct solar gain. During the day the interior double-height space is flooded with natural light that seeps in through the screen as well as through the large skylight hovering above the stairway. The floor was made from traditional, regionally produced tile and it displays a geometric tapestry of light hues, which help sunlight travel deeper into the various spaces. Wood is another key material component that was retrieved from the original concept; it was used to construct all the furniture and to cover the dropped ceilings. 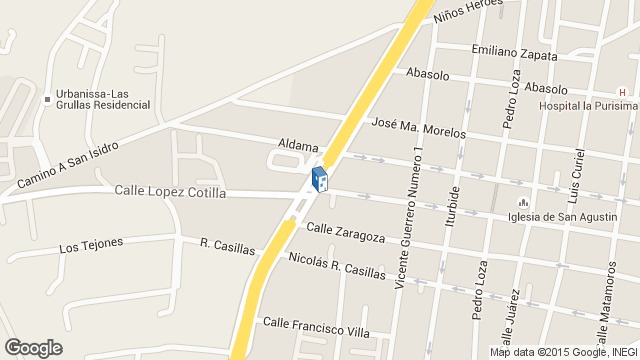