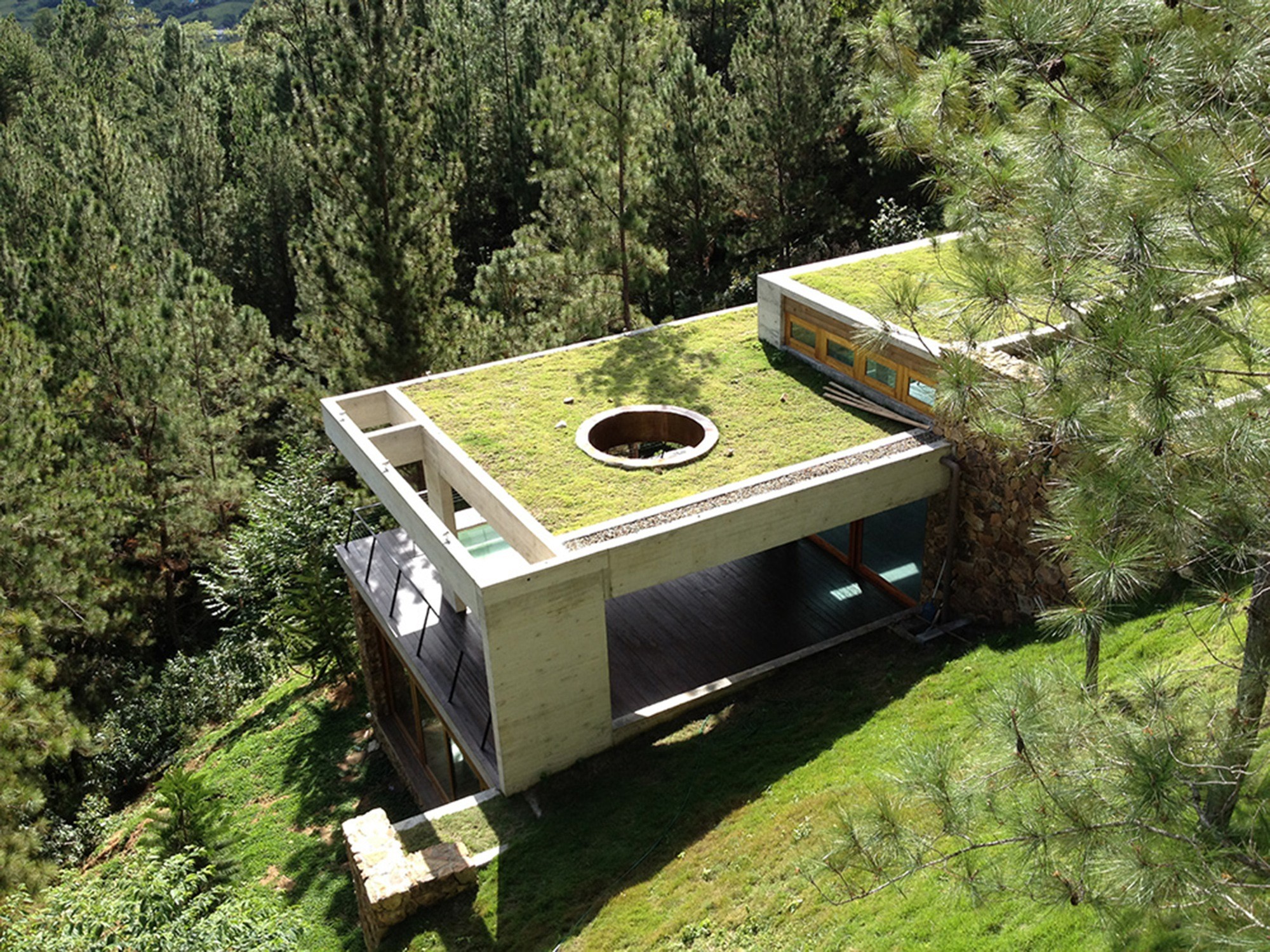 Text description provided by the architects. The programmatic challenge: design a house that allows 18 people to fit comfortably within 500mt2 (including terraces). Open spaces, characteristic of the local architecture. All of the bedrooms have their own bathroom, study and/or library and living room-dining room-kitchen all in one space. The house will be a second home to use intermittently in the summer.

The architect recognizes that one of the greates challenges will be the difficult access and limited horizontal surface of the property, most of it having a slope of 45 to 70 degrees. That is why an extremely precise survey was made to be able to work from the foundations to the roof gardens. The natural level curve of the face of the hill influenced not only the structural reinforcement of the job but also the programmatic distribution of spaces. This can be seen, for example, in the continuity of the natural surface of the hill in the living room of the house.

Burying the house is proposed as a visual action. Hiding the overall volume of the work to the existing natural geography to cushion the impact of the volume to the eye upon arrival, being conscientious of the paradisaic surroundings, but always seeking to make the natural surroundings appear from the interior before the user: “Disappear to make appear”.

A large percentage of what materials of the “Habitable Refuge” is rock extracted from the excavation of the property. Its visible concrete walls were molded in pine formers which, along with the high quality native wood, delivers a rustic environment which cushions the contrast of texture-color with its surroundings without abandoning the “modern” look.

The act of burying the house in the hill not only touches the esthetic aspect but also the sustainable aspect. The green roof allows for more insulation as far as direct heat from the sun is concerned. Its rear face is in contact with the rock of the hill creating a cooling phenomenon known as "thermal inertia" that consists of a basic physical action; "The temperature of a body of lesser volume equals that of a greater volume when these two bodies are in contact.” To make this possible without the constructive damages that may arise, highly engineered waterproofing methods were used. In other word the refuge does not need a mechanical cooling system. It is a contention wall in itself.

From the general understanding that where there is good administration there is energy efficiency; in other words the consumed load decreases, is that we have incorporated Domotics to the design, with the purpose to touch an ecological approach with the house. Domotic is an intelligent system that basically integrates a structured web which allows control of the lighting scene, entertainment components (sound, temperature regulation of the Jacuzzi from another location) and security (solenoid valves, camaras, alarm system, etc.) from anywhere within the home or out of the home, generating comfort and energy saving. 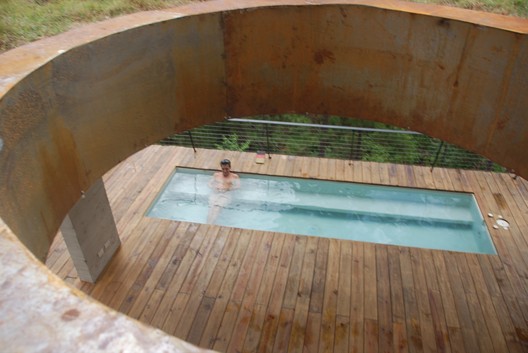