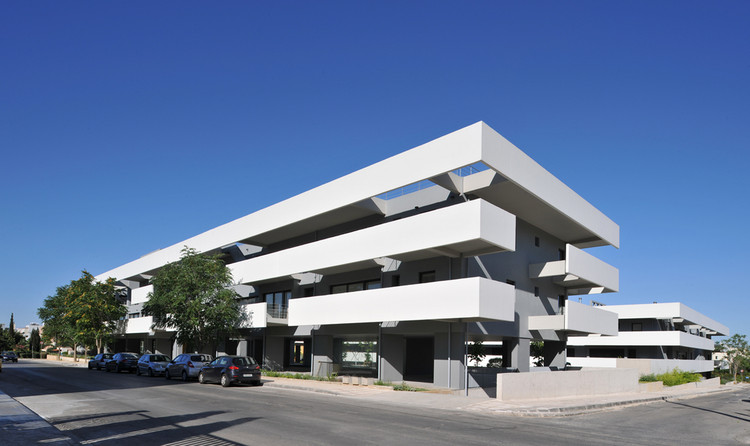 The complex occupies a whole city block (8.350m2) and consists of seven functionally autonomous but formally continuous buildings. It is situated in Maroussi, an Athenian suburb rapidly transforming into a business and residential metropolitan hub. The three storey volume unfolds over a slightly sloping site totalling an area of 6.500m2, and comprises of 70 apartments, communal spaces and underground parking lots.

The building is laid out as a rectilinear S that occupies the entire block forming a typological hybrid of the circumferential development of a typical urban block and the modernist suburban development of parallel slabs. Two pedestrian streets cross the block through the open atria that host residential gardens and public spaces in contact with the extensive pilotis.

The building extends over a large footprint, while at the same time remains relatively low and porous. Several small atria, openings and transparencies combined with mirror pools in the pilotis create a continuous permeable entity that disperses light throughout the volume.

The elevations are marked by the white horizontal stripes of the concrete balcony parapet walls that often extend beyond the balconies as elevated beams. These bands are an abstraction of the generic Athenian balcony and offset the urban limit of the building outside its thermal skin in an attempt to reverse the disintegration of the facade of the Athenian poly-katoikia and redefine the relationship between private and public through this floating discontinuous filter. 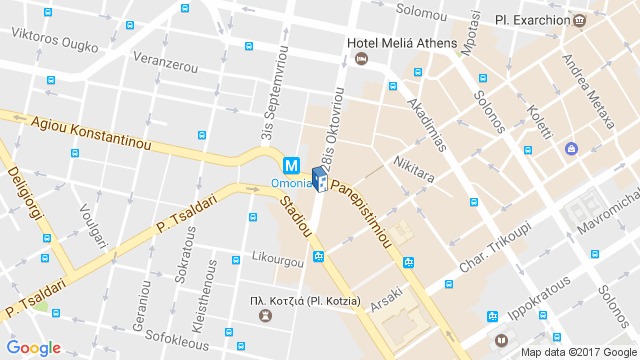 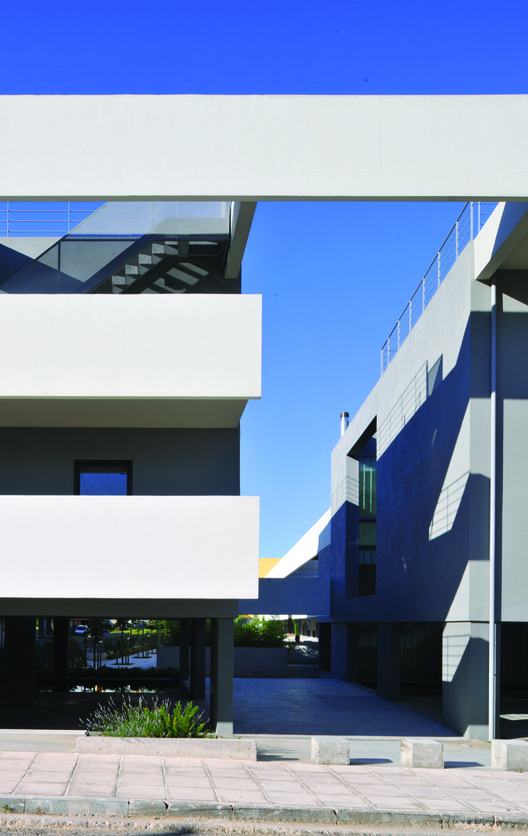