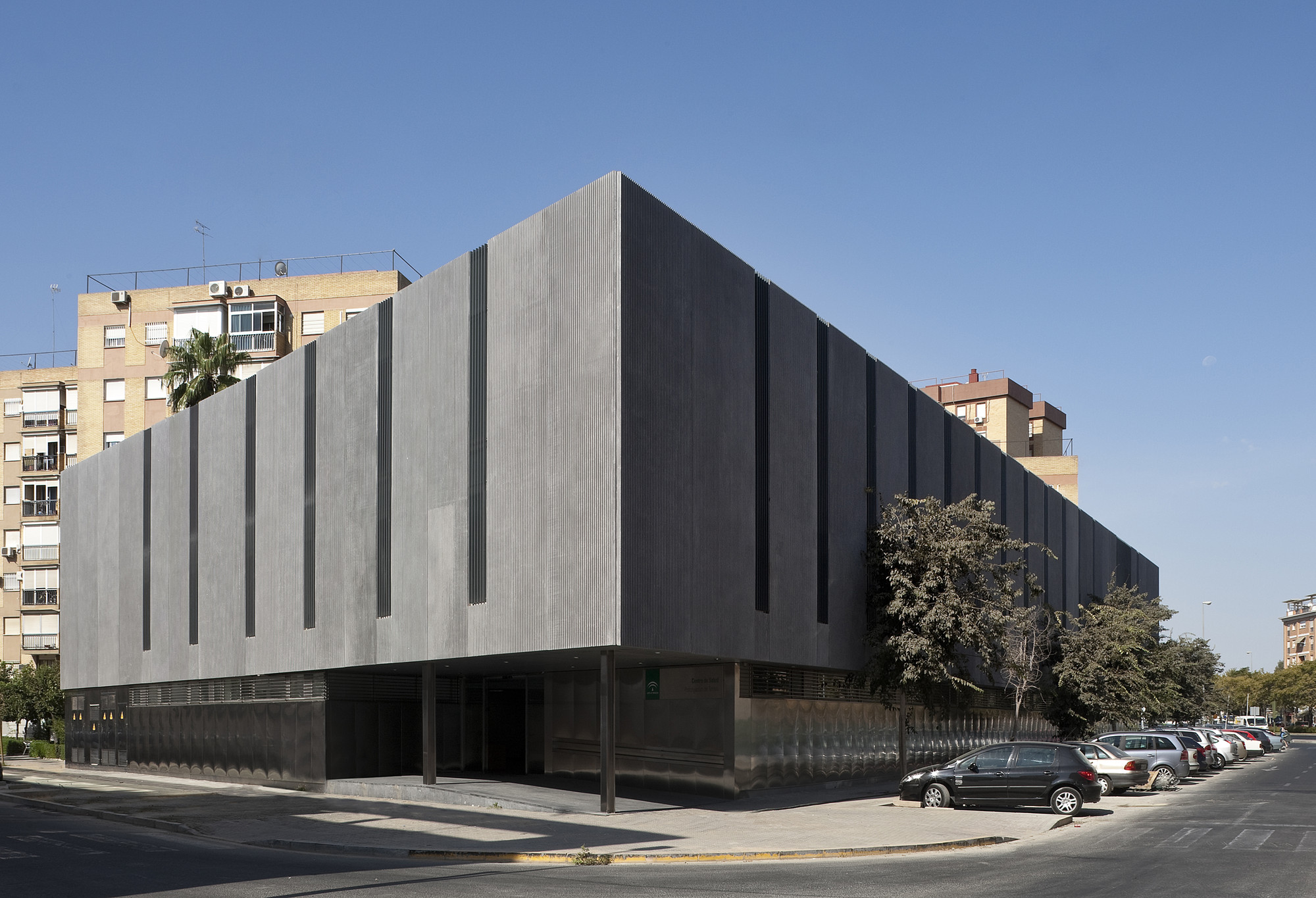 Text description provided by the architects. A triangular agora for facilities

On the outskirts of Seville abound open residential blocks. These are called polygons, where H-blocks and interstitial spaces without identity proliferate. In the 60s and 70s, with the pressing need for housing for the new population coming in from the countryside, the creation of recognizable urban spaces between the blocks was not on the agenda of the designers. The blocks were repeated indifferently, sometimes parallel, sometimes terraced, sometimes diagonal, neglecting the intermediate void.

The need to retrofit these neighborhoods often finds that the municipal land available is residual, small, and often with a difficult geometry. Triangles abound, as a result of the common diagonal block associations. Alamillo Health Center was proposed to address this retrofit, fully assuming its limitations. Not forcing height clearances that allow gentler traces, we used the existing and demanding acute triangle for a plan that would have to be very compact.

Moreover, at present, with no agora or churches, health centers in these neighborhoods are often one of the busiest places of social interaction, especially for older people. Our proposal involves recreating the sense of public space within the center, within the very limited size of the plot.

This is the meaning of the triangular atrium and its gardens. Isolated from an environment dominated by road traffic, with public spaces without clear boundaries and pressured by the height of the blocks, the central atrium, white, clean and secluded, wants to be the small square that the neighborhood lacks.

The mass of the outer concrete cladding, with a vertical texture consisting of large precast concrete pieces, without horizontal joints and with the vertical joints integrated into the ribs, where the windows seem to be hidden, results in the idea of a building turned to the central space as a circulation courtyard, lit from above and following the tradition of courtyards in the nineteenth century houses in Seville.

Colors have a large presence in the project. The choice of dark gray on the facade led to the exploration of contrasts between interior and exterior, determining that the interior would be clad with a combination of white phenolic panels and glass, so that the visitor will experience a sensitive transition between the dark exterior, linked to the scale of the city, and a very bright interior, enhancing the light reflected from the skylights.

The green roof, furnished by the oversized skylights, is designed as a "fourth" facade, which in facilities such as this building must be necessarily designed as they are well below the height of the residential blocks that surround them. 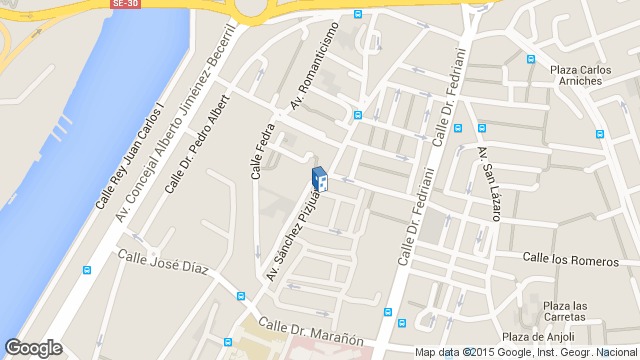