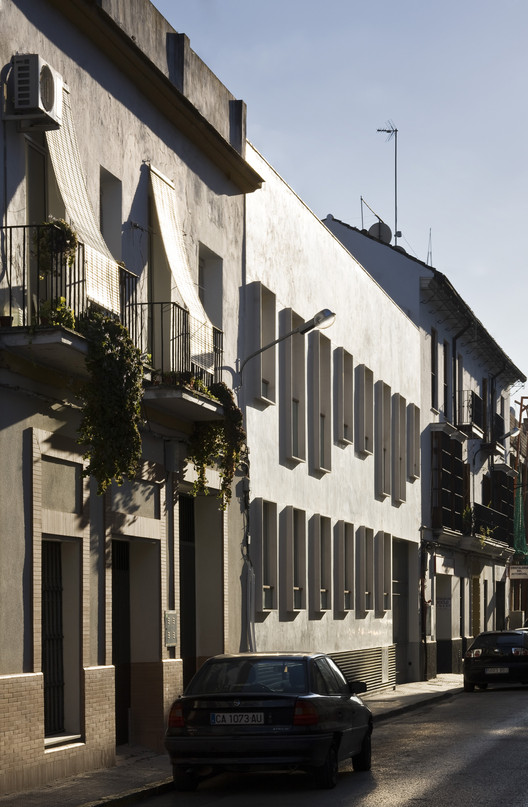 Text description provided by the architects. The planning regulations require the creation a free, unbuilt space within the plot. This premise led ​​us to believe that the most suitable design for the morphology of the plot, which was quite rectangular, was a courtyard at the back of the plot. Thus, the building is inserted between two living spaces: one outside, which is the street, and one more intimate, which is the courtyard.

The next step was to create a friendly, intimate, white courtyard, somewhat abstract and following the Mediterranean tradition. On one side of it is a staircase, that rises straight up against the party wall, and on the other side are the galleries and access to the dwellings.

This vertical courtyard is covered with a ventilated skylight on the roof to make it livable, a meeting place for residents, a place of transition between public and private, in between the street and the dwelling where architecture must propose a gradient of spaces with different environments and materials. It is a place we could call as "intermediate space."

The dwellings are arranged perpendicular to the facade and the backyard. The facade width is distributed into four parts, each of them occupying a dwelling. On the ground floor are three equal dwellings and a corridor, which is the entrance to the building, and the garage ramp. On the first floor are four houses equal to the ones on the ground floor. Finally, on the top floor, due to the mandatory setback of 3 meters from the front facade, there are only two dwellings, which enjoy a terrace overlooking Trasbolsa street.

Access to the dwellings is through the building entrance corridor, to the courtyard, up the stairs or elevator, to the galleries that connect to the homes on the upper floors. On the ground floor, units have direct access through the courtyard that structures the construction.

The units on the ground and first floors have the same layout. Entrance, living room and kitchen are lit from the interior courtyard, a bathroom, and two bedrooms are lit from Trasbolsa street. The window openings that make up the facade must follow planning regulations, the presence of a greater mass of white is necessary, this is a feature of Sanlucar de Barrameda and many municipalities of Andalusia.

The openings are framed by limestone, thus emphasizing their volume within the white stucco facade. These boxes are, in a modern form, reminiscent of the traditional enclosures (or balconies) of the historical centers in this southern area. The galvanized steel slats for ventilating the basement garages act as a base for the building. 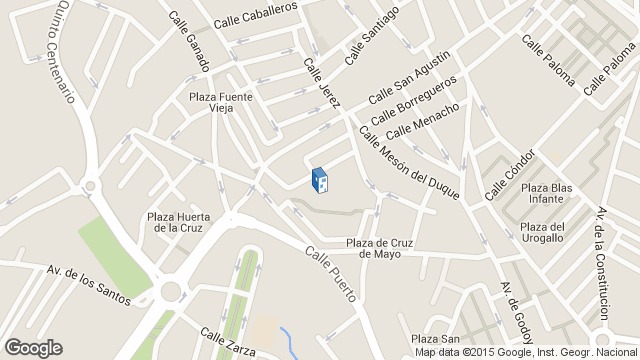