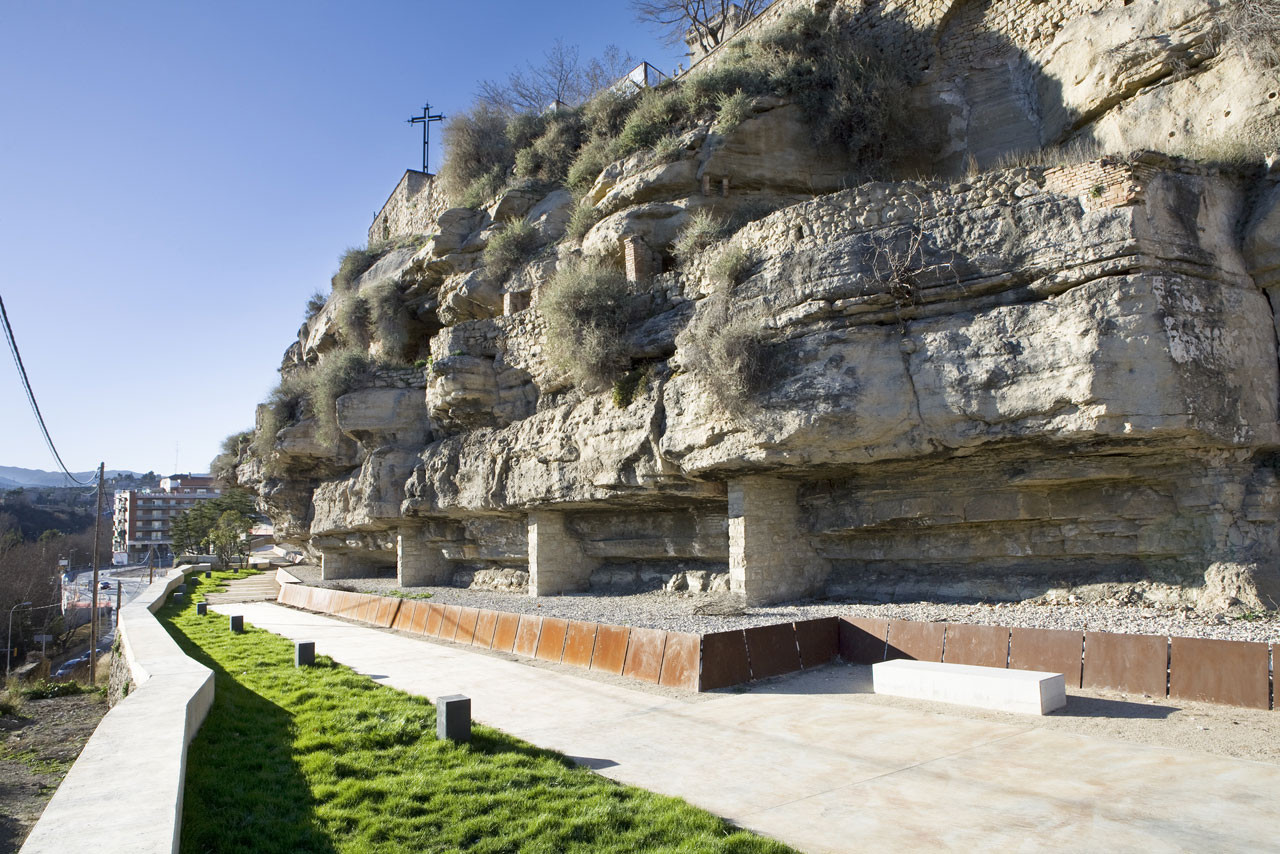 Text description provided by the architects. The "Cami dels Corrals" project in Manresa addresses the urban planning and development of a road located in the south side of Puigcardener, a small hill where the history of the city began and where the old town survives, in the southern area of the city. The area level to develop is at half level between the river and the top of the hill, where one of the most important monuments of Manresa stands, the "Basilica de Santa Maria de la Seu".

The project aimed to recover the route of the old road "El Cami dels Corrals". This is the first urban development project for this degraded area of ​​the city, with which a progressive conversion of the southern slope of Puigcardener into a large green area is intended.

The project allows for a practically horizontal pedestrian path that connects the western slope of the hill where the new "Reforma" square and an underground parking are currently being built, with the starting point of the path to the "Cova de Sant Ignasi Loyola" (sixteenth century Jesuit sanctuary) on the east side.

The project, which works with an area of ​​2508 m2, foresees the development of the path and the consolidation of the base of the rocky caves of the hill that traverse the path. The general layout of the proposed development draws a very natural layout, which adapts to the terrain and tries to maintain some of the existing native vegetation.

The new path is bound and protected from the slope to the river by the stone wall rebuilt with a concrete top, that becomes a bench along the entire path. Throughout the circuit hard areas are combined with soft areas. From east to west, we start with a natural concrete pavement when linked to the stone, existing in the alley down the basilica of Santa Maria de la Seu.

The next stretch is treated with rusty concrete until it joins the entrance to the Reforma square, to the west. In the middle of this path, another soft leisure area is located, with natural grass and trees, overlooking the river. The project also includes the location of low lighting beacons that draw the path, and natural concrete benches for the soft leisure areas. 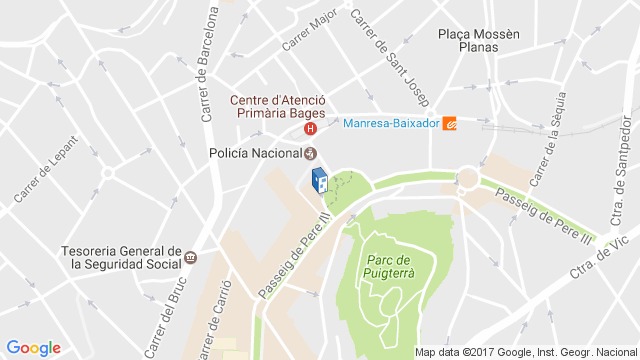 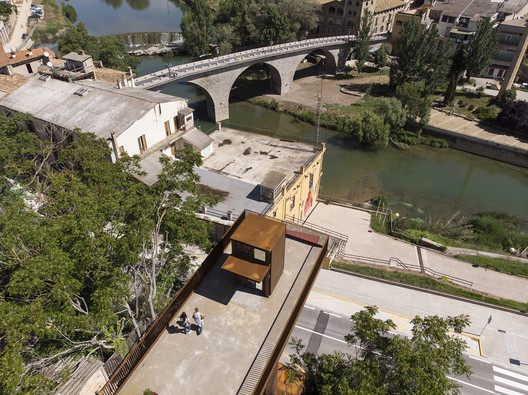 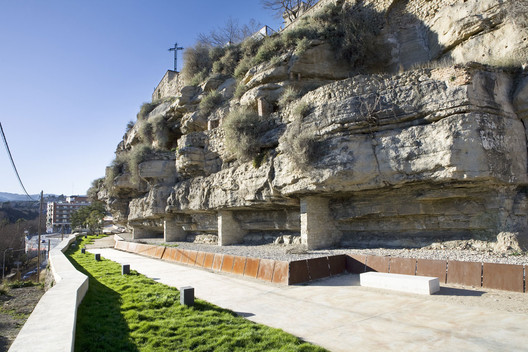