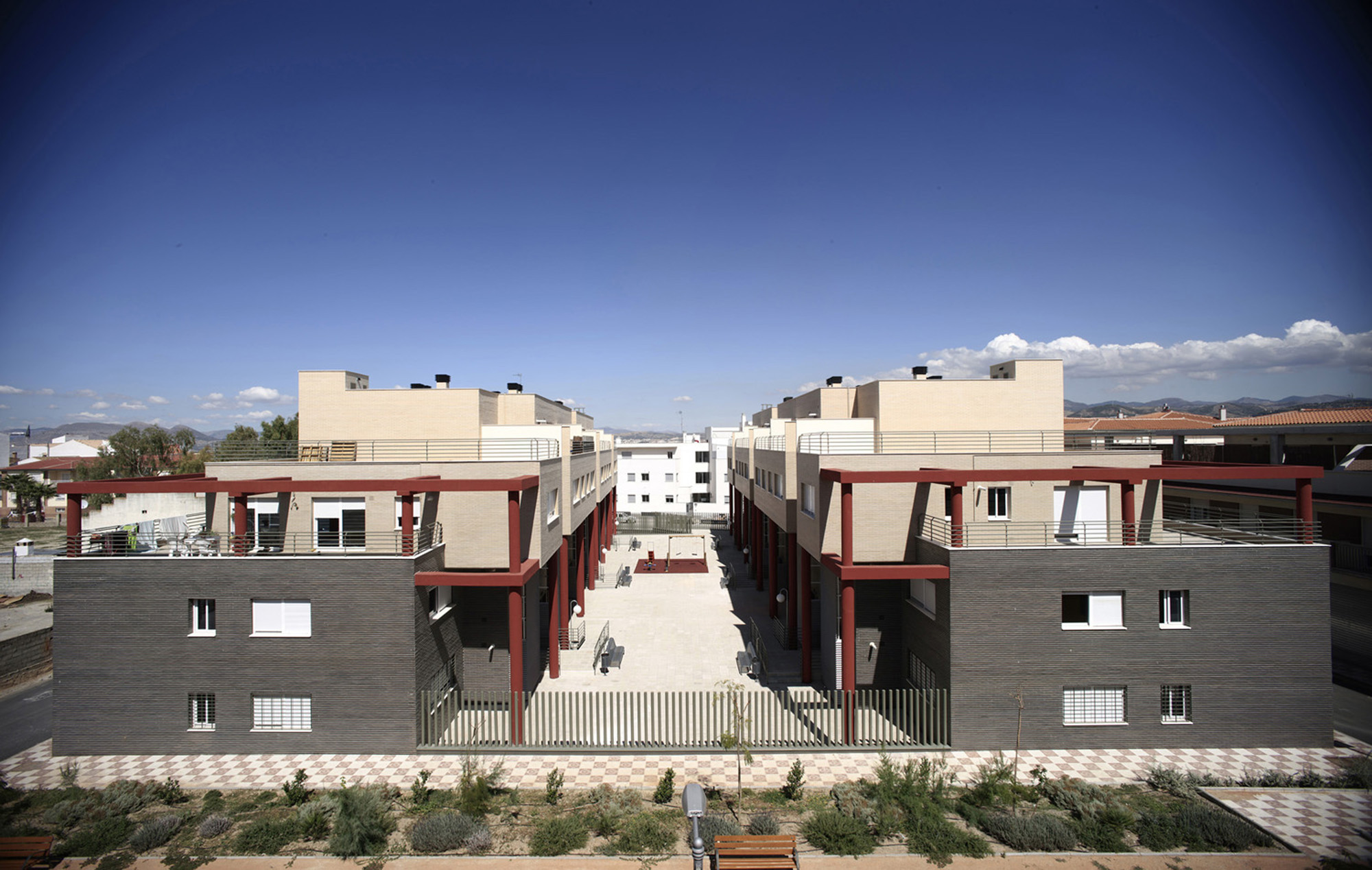 Text description provided by the architects. In an urban context in which rows of terraced houses or blocks with minimal yards predominate, the uniqueness of this project lies in how to interpret the building regulations, in order to achieve an optimal typology, without losing sight of the maximum optimization of conditions of the plot.

The final design makes obvious immediate responses that characterize the urban landscape of the area, which is undifferentiated and monotonous, preferring to concentrate the volume in two linear housing blocks facing each other, releasing a common space between them, which is channeled into the third office building that serves as backdrop to the play area. This produces urban permeability, by fragmenting the block and allowing crosed views between different blocks, and from the city towards them.

Based on the above considerations, the project is structured around three formal gestures:

The ground level of the common garage in the basement determines the ground floor slabs. The same level is kept on the first floor, organizing a two-storey basement enhancing the horizontality of the overall composition.

The other significant gesture that characterizes the project is the symmetry of volumes on the attic and garret levels. The final design is the result of pushing the building regulations in order to achieve the planned buildable area for the site, designing the attic floor with a setback of three meters into the site, to compensate for the setback to the facade.

The third compositional argument is the color treatment of the different volumes, using exposed brick, waterproofed in different colors for each floor, in housing and offices. In both cases the volumes are contained by the exposed structural grid, which plays the role of a mesh, enhanced with a significant color value. 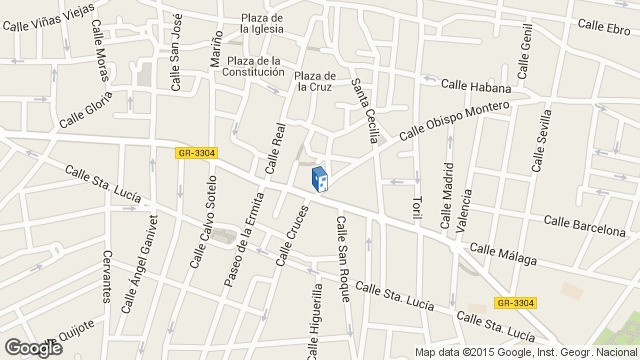 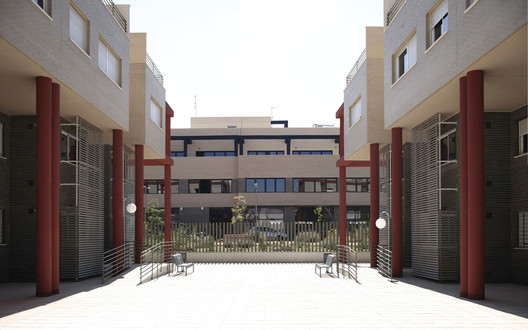