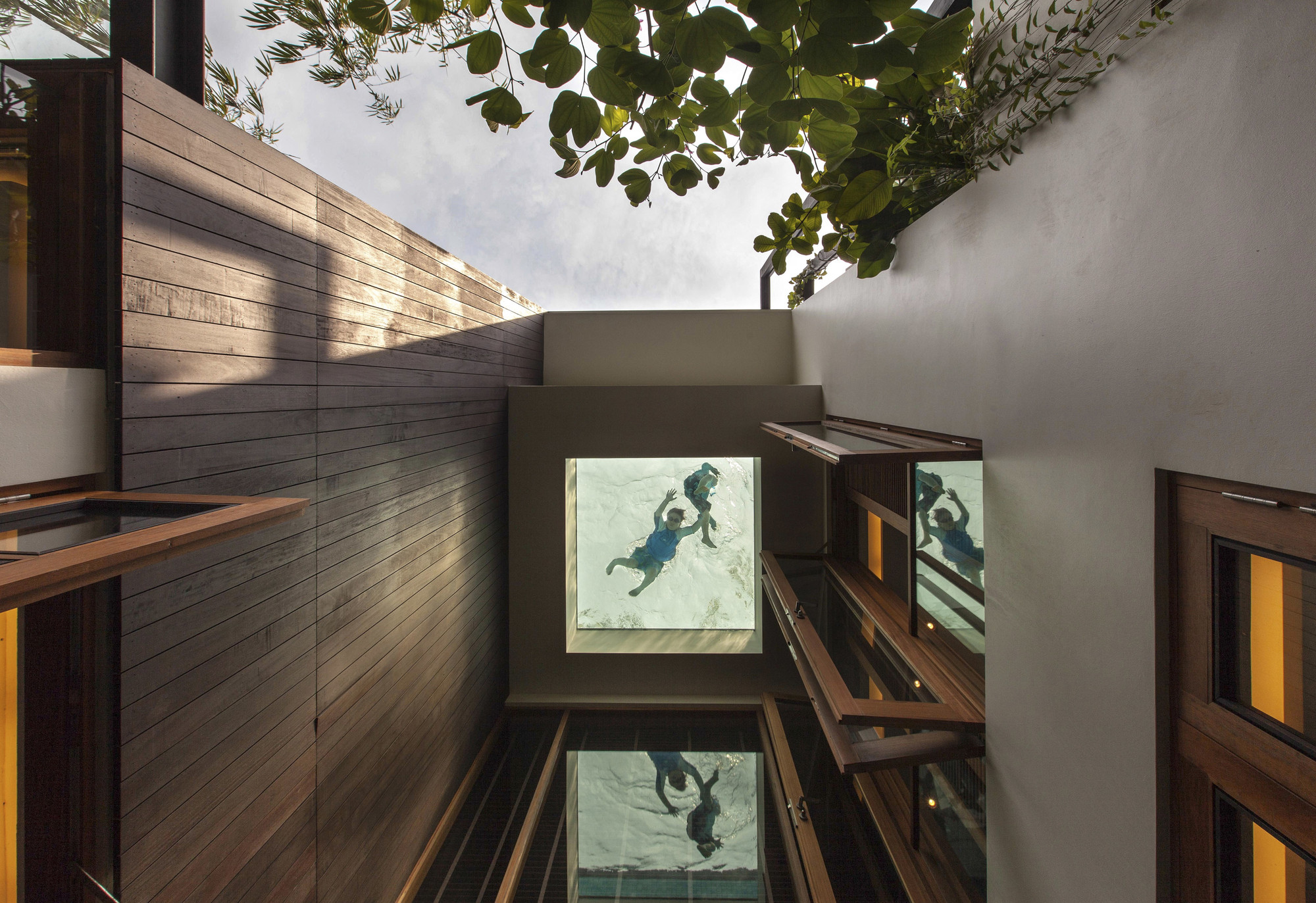 “Tan’s Garden Villa” Back in 2001, the Owner, Mr Adrian Tan, commissioned Aamer to design his house(s) at No 42. There a large bungalow plot was divided into two to accommodate separate but identical houses which won the prestigious Singapore Institute of Architects’ Design Award in 2004.

Some ten years later Adrian acquired the plot next door, No 40, with the intention of building another home and thus having three houses; one for themselves and one for each of their two grown up sons with their future families.

The idea, therefore, was to design the new home in sync with the previous two but different, of course. Adrian specifically requested for a garden courtyard and koi pond. Hence, the swimming pool was designed on the roof with amazing views over the estate and surrounding houses which are mostly 2 storey bungalows.

Also, for this house, since the sons are already in their late teens and early twenties they wanted more space and privacy. So an interesting planning layout placed the boys’ rooms outdoors via a verandah terrace with their own accessibility from the ground right up to the rooftop entertainment room and pool garden terrace.

Much like the first two houses the materials are very natural like timber, marble and granites, blending well with the lush vertically stacked gardens.

In addition, similar to the first two houses, gardens and greenery are important to the Owner. So while the first two houses had trees growing through wooden balconies, this time creepers are twining up vertical timber trellises that extend above the rooftop swimming pool. Even the bath rooms are open to gardens with lush flora and fauna like birds & butterflies making this a truly vertical garden villa!