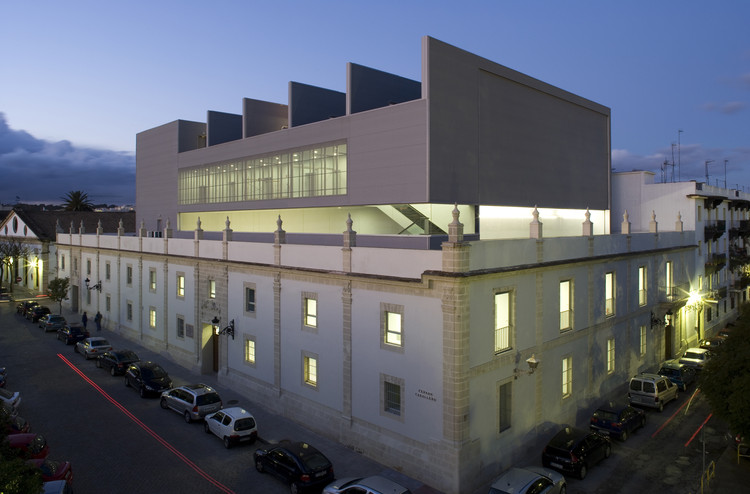 Text description provided by the architects. The project for the New Theatre was presented clearly conditioned by space or venue chosen by the city for its construction. A third of the block to occupy a former Cavalry Barracks, downed inside, kept its original military enclosure. An enclosure whose bricks carved in lime and oyster stone were considered to be preserved.

The intervention is inserted into a container surround this old building contemporary relationship spaces, venues and scene, so that the meeting between old and new architecture allows both highlight values. So here the introduction of a new "stage space" one side tries to reuse the old enclosure accompanying its corresponding bay on which the different service units are distributed, and another, lifting inside a prism container rooms and allows intuition scene above the old fabric the new use of the building, it emerges inside isolated and surrounded by concrete screens that rely on a powerful box girders which in turn hanging rooms test formalizing the main deck. Between the two interventions, bays and internal prism façade, the relationship spaces, hallways and foyer, flanked by interlaced spatially asymmetric access and stairs are located.

The hall, with a capacity of 600 spectators develops a continuous stands that differ in the stalls gently sloping, connecting a sloping intermediate levels lobby and foyer and a second inclined plane also reaching the control plane cabins light and sound located in the back of the room. As for external access, the project maintains the position of the early records of entry to the premises, differentiating the public, stakeholders, loading and unloading. 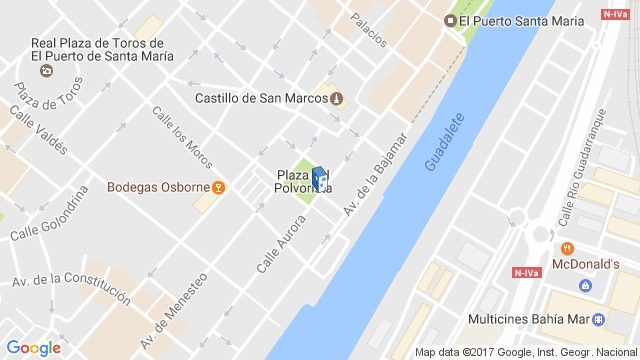 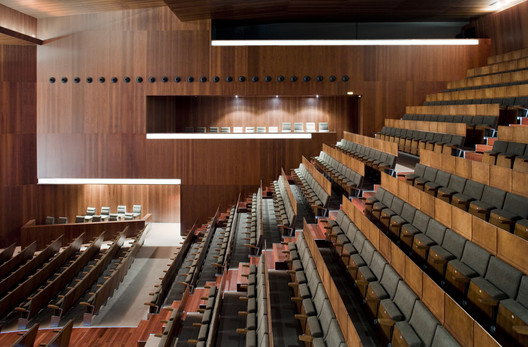