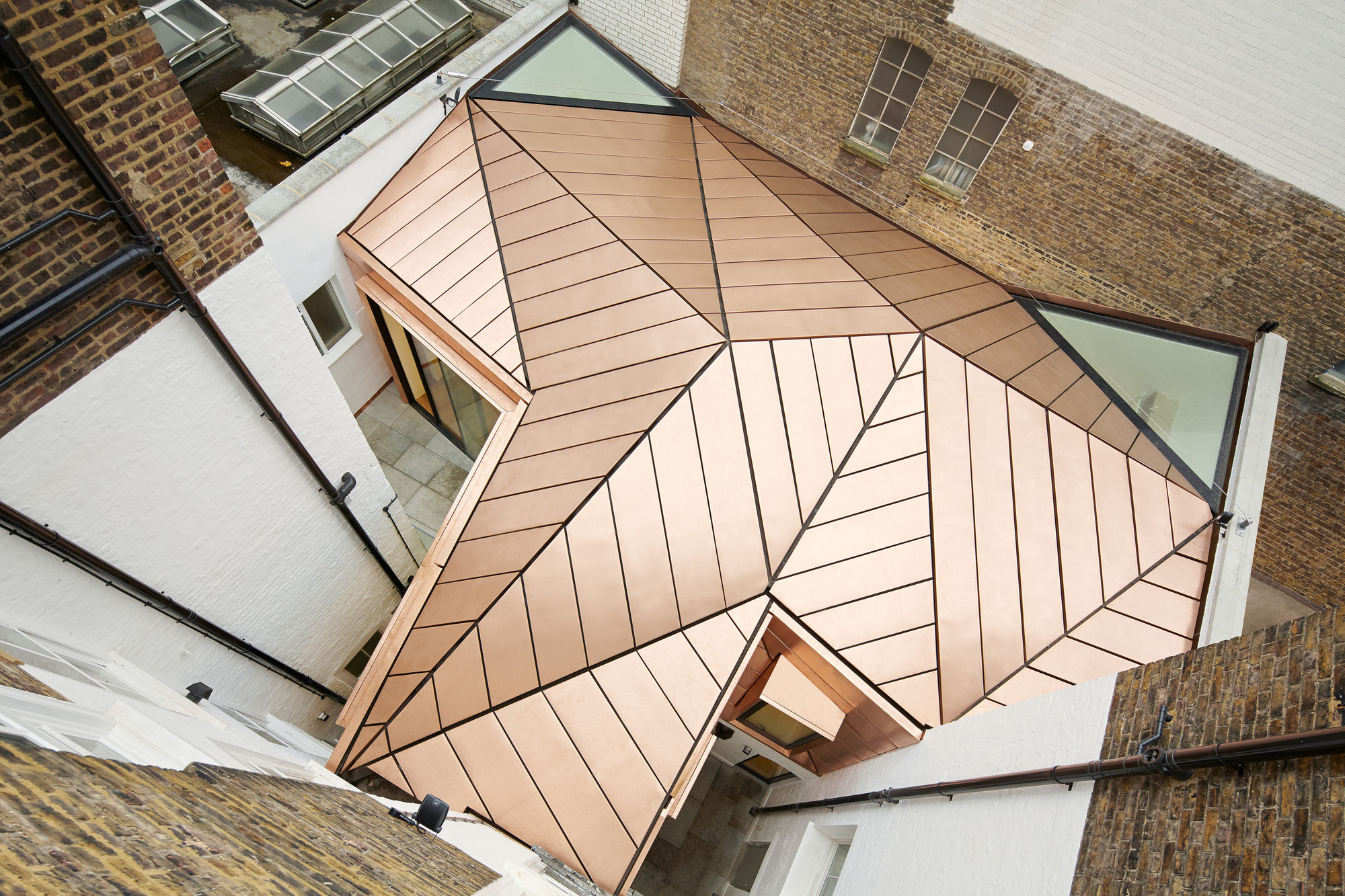 Two Grade II* listed Georgian properties that have been the head offices of GMS Estates for generations have been redeveloped for the 21st Century.  A melee of unconnected post war extensions and dank lower ground spaces has been replaced with two storeys of striking contemporary work space.

32-33 Great James Street comprises two five storey terraced townhouses built between 1720 and 1724. The terrace is one of the few remaining intact Georgian streets in London, close to Grays Inn in Bloomsbury. The properties suffered bomb and fire damage during the Second World War and were patched up shortly after with a series of rear extensions. This annex contained poor office accommodation and some areas were in such bad condition that they were only suitable for storage.

GMS Estates are landowners and landlords who own many properties in Central London and take pride in keeping them to a high standard. Having recently completed several refurbishments of residences and offices for the rental market, they realised that their own accommodation was hampering their productivity and staff well being.

The boardroom at 32 Great James Street was spectacular with original oak panelling and portraits of previous company chairmen, accessed from an oak panelled staircase. However, other areas of the building were jammed with staff in various rooms on different levels. Internal communication involved moving up and down the stairs, opening fire doors and bumping into tired office furniture and trailing wires. The team felt disconnected from each other. Many rooms lacked adequate natural light and felt oppressive. Some of the post war extensions were damp and warren like. Furthermore, the organisation was growing and could not easily be contained within the existing structure.

The GMS brief to Emrys Architects was to identify ways of better utilising the property within the constraints of the existing listed buildings and their outbuildings. They required Great James Street to be a flagship headquarters and although steeped in tradition, GMS happily embrace contemporary architecture.

The client wished to break out from the confined spaces of the Georgian terrace to allow easier communication between each other whilst retaining some delineation between departments.

Emrys’ solution was to retain and enhance the grandeur of the listed terrace and to introduce an entirely new structure in the tight landlocked space to the rear to create a dramatic transition from old to the new.

Following an audit of the existing outbuildings, it was agreed with the local authority to retain some elements. The most notable feature was the existing silver vault, a brick barrel arched structure that included a heavy steel door. Whilst this was not ideally located, it was used as the starting point for the space plan of the lower floors and became an unconventional meeting room.

The new structure is on two levels and is accessible from the Georgian terrace at both lower ground and ground floors. The work spaces have been configured to allow departments to occupy clearly demised areas, yet still allow full connectivity between groups. Departments are positioned in areas that have the best natural light and access to the external courtyards. There are no physical divisions between each place.

An asymmetric lofted ceiling sits under the new roof with recessed lighting accentuating the geometric planes. A double height void is cut out at the rear and a cantilevered timber staircase rises through to connect the floors. Use of roof lights and glazed access to courtyard areas has ensured that the building is flooded with light. Chevron oak parquet floor runs throughout the new offices and timber joists on the lower floor have been left exposed and lime washed.

Faced with the restriction of the landlocked site, Emrys took the existing heights of key points around the perimeter to the rear of the listed building and used this for inspiration for an unusual triangulated roof form.

In order to maximise the potential of the space and introduce drama, certain elements of the roof shape were pulled upward increasing the internal floor to ceiling heights. The contemporary folded roof form is complemented by the use of a copper bronze alloy in a flush rain screen arrangement, the patina selected to harmonise with the existing townhouse.

The walls adjacent to the light wells are fully glazed and additional windows and roof lights added to maximise light penetration into the plan.

The structure is made up of a series of folded triangular plates that are self-supporting when all panels are in place. These are retained by a continuous light weight steel ring beam that ties all the panels together and prevents them from sliding away. Triangular roof lights are placed outside this ring beam and allow light to penetrate down to the lower ground floor. 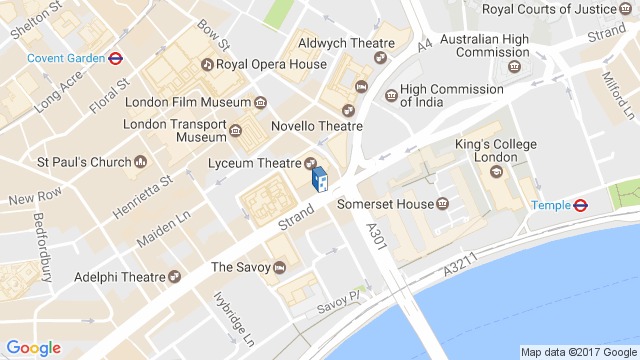