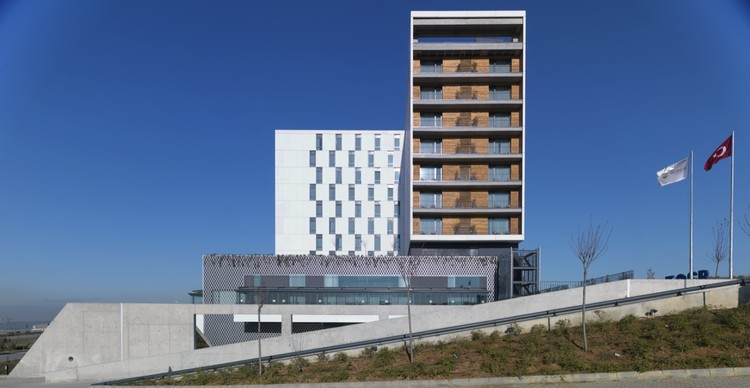 Workinn is the first hip hotel in Gebze, located within TAYSAD organized industrial site (TOSB) at the outskirts of Istanbul in a recently established suburban center ‘Cayirova’. The 162 bed hotel utilizing 12 000 m2 closed area, resides nearby a busy traffic interchange connecting the campus with a transeauropean motorway. Being so close to roadways thus creating the atmosphere of a stopover hotel helps in keeping memory of a temporary accommodation alive. The hotel is commissioned and managed by Uyar Group.

Tectonically the building is divided into two main parts; ‘The base’-  2 storey high accommodating the lobby, bar, restaurant and meeting rooms, and the ‘white mass on top’ - comprising three different types of rooms - standard rooms, executive rooms, studio flats. The distinguishing tectonic character of the L-shaped white mass in plan is its facade built out of giant prefabricated concrete panels where the windows are treated merely as intervals in between.

The Building which is designed to be energy efficient has been rewarded with a Leed Gold certificate. Water efficiency, solid waste recycle, use of local materials is just a few of the areas that have been carefully evaluated within the design in order to produce an environmentally friendly building. Some main implementations are listed below:

•In order to reduce heat in roofs and hard landscape, materials which have higher reflection rates are used where as in order to increase the green areas car parking area is planned in the basement. So that %20 of the land is used as green space.

•In order to save rain water and to feed underground water sources, the water collected on site is being used as landscape irrigation source.

• %90 of the construction waste produced is utilized.

• %15 of the materials which are used in construction is re-cycled.

• Energy costs are reduced by %22 with the usage of energy efficient systems such as: natural lighting and natural cross ventilation, low-e glass use, solar water heating, use of highly efficient lighting fixtures, and use of %30 increased heat transmission coefficient for the walls etc.

•No CFC based heating or cooling is used in order to prevent damage to ozone layer.

The interior design of the hotel is subtle and modern which is held by DEER Architects in coordination with Çinici Architects.

In its industrial landscape, surrounded by busy roads this white mass rising above green walls is not only very inspiring but also welcoming. Opened in August 2013, Workinn is an architectural artifact which is going to pioneer the nearby developments around both in terms of esthetics and with its sensibility to environment. 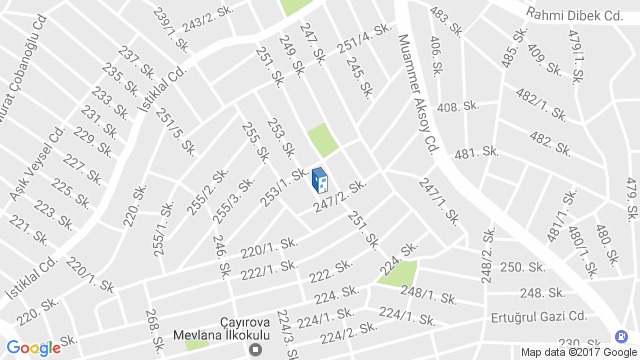