The Baltic Sea Art Park, designed by Warsaw based design studio WXCA, proposes a series of common exhibition spaces in downtown Pärnu, Estonia, on the edge of the Pärnu River. Folk art and professional work from artists of the Baltic Sea nations will be exhibited in a collection of floating pavilions. With nine countries being invited to exhibit, including Denmark, Estonia, Germany, Finland (with autonomous Aland), Latvia, Lithuania, Poland, Russia and Sweden, the "floating piazza" is intended to act as "a platform for exchange of the Baltic Sea culture that enables integration and interaction between all Baltic countries and their artistic heritage."

The design, which won the Baltic Sea Park International Competition, has been described by the jury as "an outstanding design" with a "strong urbanistic conception." Praised particularly for the "floating square moored to the riverbank", the resemblance to a town square "secures good circulation to and between the pavilions" whilst "also securing a consistent appearance."

"The concept of the project starts with the idea for organising the space on the southern bank of the river as an urban waterfront for the city. The new urban tissue is the missing link between the Old Town and the Pärnu river. The urban role of the Baltic Sea Art Gallery is to be a new, visible sign in the form of a gate which emphasises the connection between the city centre and the river."

A Forum for Art

"The floating piazza is designed as a common space – a platform for exchange of the Baltic Sea culture that enables integration and interaction between all Baltic countries and their artistic heritage. It is a floating Forum of Art and a heart of the whole concept of the Park. It may become a new, clearly defined public space in a form of a market square that completes the urban structure of Pärnu."

"The composition of the square lets us create a multifunctional space that has a variety of uses - it could be a stage for different kinds of cultural events - concerts, performances, spectacles or just a meeting point for city dwellers. It might also be attached to the pales and stay on the river during the winter, serving as a jetty. It can be transported to other locations together with the other pavilions meaning that it may function as an independent structure."

"The functional scheme of the main building is a transformed structure typical for houses in a northern Europe. A popular among Baltic countries house was a combination of the living area in the ground floor and a warehouse (granary) in upper floors. The project for Pärnu Gallery replaces the living area with an open, public space on the ground and creates a “warehouse for art” that is elevated above."

"The shape of the pavilions and the Gallery building reflects the traditional architecture of Pärnu as well as the architectural typology common for Baltic countries. The form of a pitched roof creates an interior with different heights of the ceiling in the exhibition hall. It enables arranging different kinds of exhibitions with various scale of exhibited pieces. The exhibition hall may be divided in sections along the division of the roof, each one with separate, natural lighting going through the membrane roof cladding."

"The composition of the square and a main building is surrounded by a Park that may have a variety of uses. Besides being a green public space in a city it may serve as an extension of the exhibition in the main building and workshop area for visitors and inhabitants. It is designed as a rectangular grid of paths leading to a river bank. Each quarter may be used for different kinds of activities – they may serve as a zone for art workshops, outdoor exhibitions, playground for kids, book zones, platforms for education – dancing, drawing classes or just recreational places. Some of the quarters are organized by a roofing that may enable an active usage of the park also during the rain." 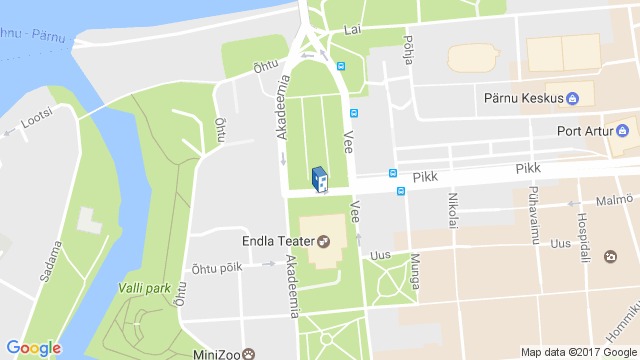 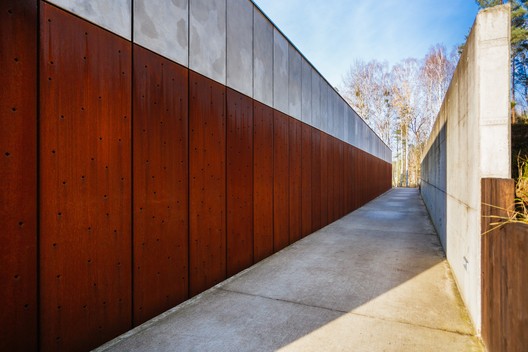