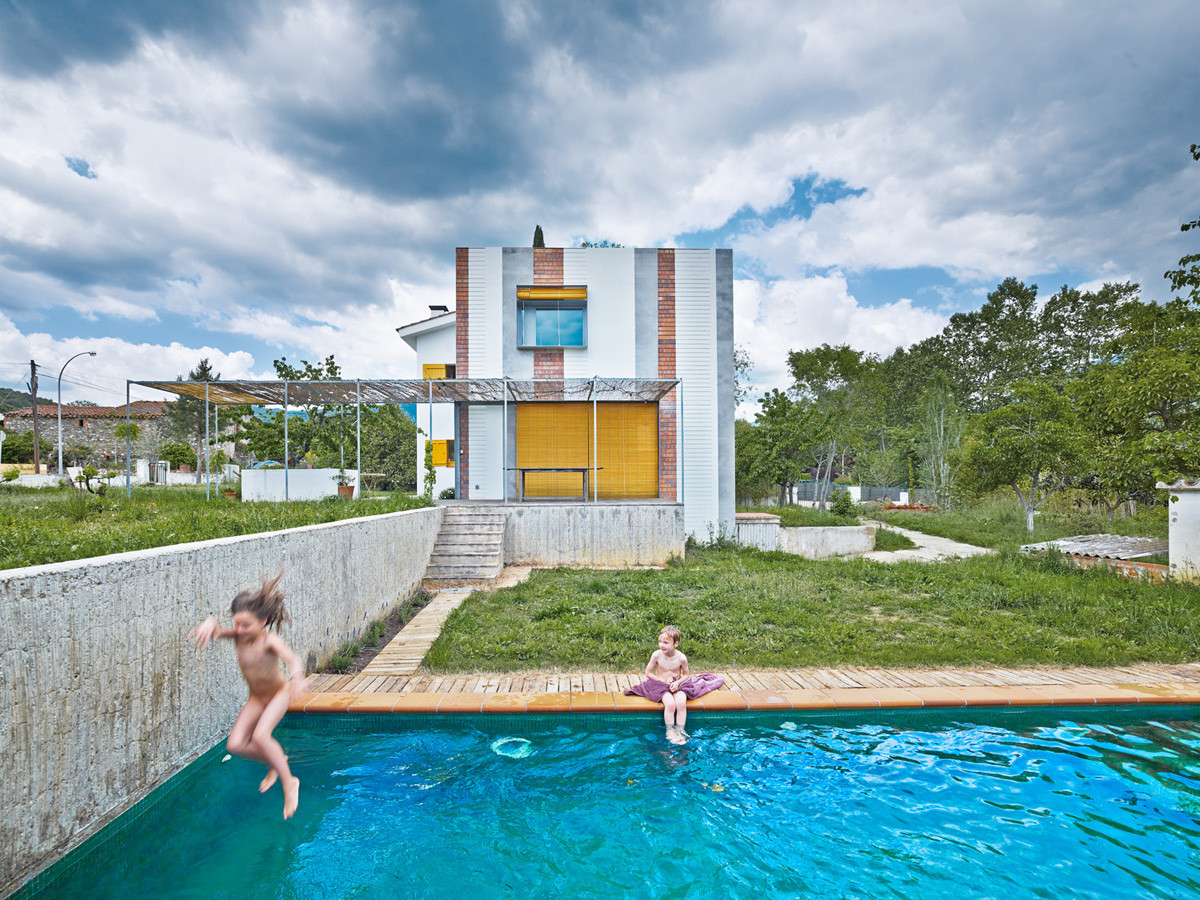 Text description provided by the architects. The project consists on the extension of an existing weekend house near the village of Sant Esteve de Palautordera, one hour north from Barcelona. The existing house had been enlarged with small additions after its completion, but the new room program almost doubled the original surface of the house, and therefore, the new construction couldn´t be understood as one more new volume added to the original. The strategy, from the very beginning, was to treat the overall project as a “dancing couple”, where every part has its own role while dancing the same song.

The extention is built with the same goal of spontaneity than the original. It appears as a simple volume which almost repeats the width and is slightly lower than the original house not to compete with the piched roof.

The new couple is made of two similar characters. The volumes, the dimensions and proportions of the windows, as well as the materials and the construction techniques of the two are similar. They are equal but not identical; none of the two tries to be the main volume, but it is easy to distinguish between both. It is not about twin brothers, like the characters of Dupond and Dupont, but rather, a couple of singularities inside a same unity, like Stan Laurel and Oliver Hardy.

The most inmediate relationship between similarities and own charachteristics in each volume can be seen in the façades. Even though both volumes have the same origin, and basilcally the same treatment, the new one shows the layers of its construction; the bricks, the plastering, the white paint,… The stripes in the façade give a certain leading role to the new volume, which compensates its smaller dimension and brings some lightness and fragmentation that vanishes the house when facing the garden.

The new entrance and stairs are placed between the two volumes, working as a joint. This area is slightly set back from the main volumes and its lower height allows it not to be a third piece which could compete with the main couple. It is a space between the leading actors, which works as much for the volumetry as for the internal organization; arranging the circulations and showing the origin, the process and, above all, the main strategy for the whole project.