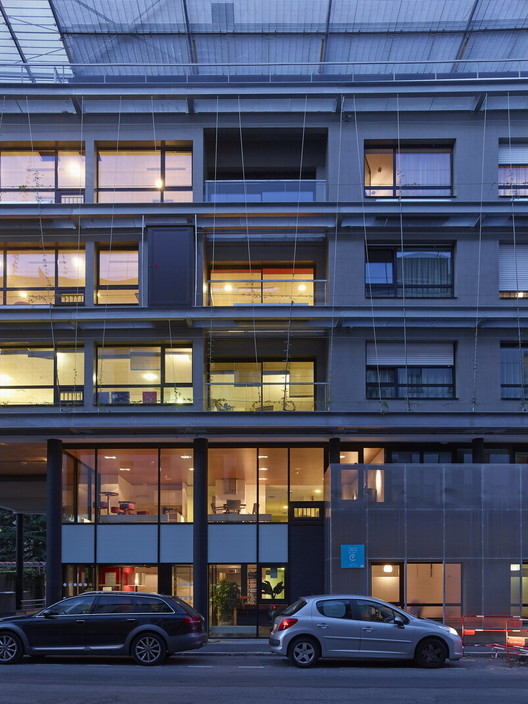 The project is located in the centre of Rennes and is composed of a home for the elderly, a children’s nursery and a restaurant with three levels underground parking.It also encompasses the existing "Notre Dame de Lourdes" clinic complex which is located on the north of the plot along the rue Saint Helier.

The use of empty space to structure and animate the project is a result of its functional requirements, urban context and site location.

The project is very much a part of its environment in terms of alignment, building height and rhythm while at the same time keeping a certain distance from same with its play on depth and transparency.

The principal south facing volume which gives onto the street has a double curtain wall façade which permits the use of climbing vegetation this in turn reduces the impact of natural light on the façade and also acts as a solution to privacy problems.The west side has a series of hanging planters that punctuate the façade and give the residents a green view.The style of the project takes its cues from the neighbouring buildings and has been inserted with care and attention. A treatment by shadow joint separates the façades old and new and this allows the alignment of the new parapet with the roof of the existing building.

An important focus of the operation was to form a therapeutic link for the Alzheimer’s patients with the exterior spaces. To achieve this goal the building is organized around a landscaped environment of an existing park, flower and vegetable gardens and the applied planting that brings life to the façades (planters and cables for climbing plants).

The use of colour in the interior spaces was an important way to highlight the different spaces and an aid to orientation for the Alzheimer’s patients. 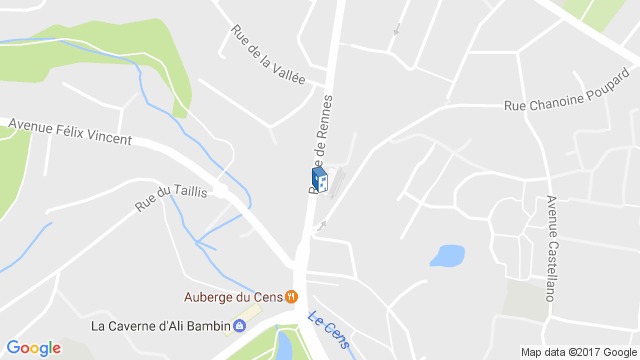 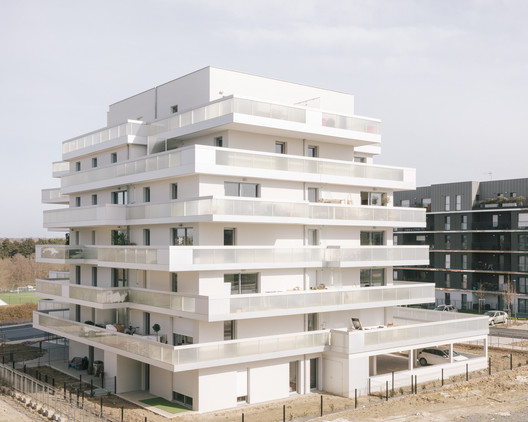