The enlargement of the Gubbio cemetery is the result of studies of a new model of public building. On the one hand, it has developed the latest phase of growth of the monumental cemetery in Gubbio, one of Italy’s most important medieval cities. On the other hand, it intends to redefine its meaning and centrality within the structure of the city.

The plan is in an urban structure consisting of linear stereometric blocks arranged in such a way as to reflect the rural layouts that characterize the surrounding landscape and the historic city.

This concept of urban settlement is emphasized by the inclusion of large square enclosures designed to be open spaces that provide the structure with spatial rhythm.

These spaces were inspired by James Turrell’s Skyspaces and are designed to be enjoyable public areas, independently from the cemetery, offering an opportunity to pause and reflect. These are cubic“squares of silence” having open ceilings that evoke windows open to the sky.

The sky thus framed opens the mind to the reign of the invisible, allowing sight and thought to abandon Mother Earth’s gravity and acquire a more aerial and spiritual dimension.

This relationship with the sky intends to define space that is also time, in such a way that you can find yourself again, a space that thrusts the horizon upwards like a metaphor of the boundaries of heaven, the last horizon of our life in a modern city. At the same time, opening to the sky, it re-interprets Leon Battista Alberti’s window, a window that is like a threshold, imagined by the great Renaissance architect as the only architectural artifice able to “instil the peacefulness” evoked by the celestial void that, descending from above, takes us back to the imperturbable state  of the soul without which overcoming the adversities of life is impossible.

The atmosphere of these “Squares of silence” is made more suggestive by a series of permanent site-specific artistic installations that capture the changing effects of light and shadow from dawn to dusk.  These installations were created by two important Italian artists (Sauro Cardinali and Nicola Renzi), with whom collaboration began during the initial stage of the project.

This contribution, strongly linked with architecture, helps to define a new space for silence and meditation within the city.

William Richard Lethaby said that human beings cannot understand the world as a whole. They must first move away from it, and only after having achieved this detachment can they achieve understanding.

In this sense a building can be seen as a model of the world; it represents an order we cannot directly experience in the world, but at the same time it makes perceptible, within the limits of a building, that which exists in the world. 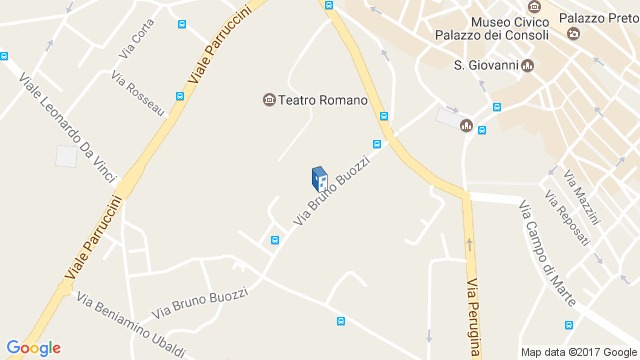 Location to be used only as a reference. It could indicate city/country but not exact address.
Share
Or
Copy
About this office
Andrea Dragoni
Office
•••
Francesco Pes
Office
•••