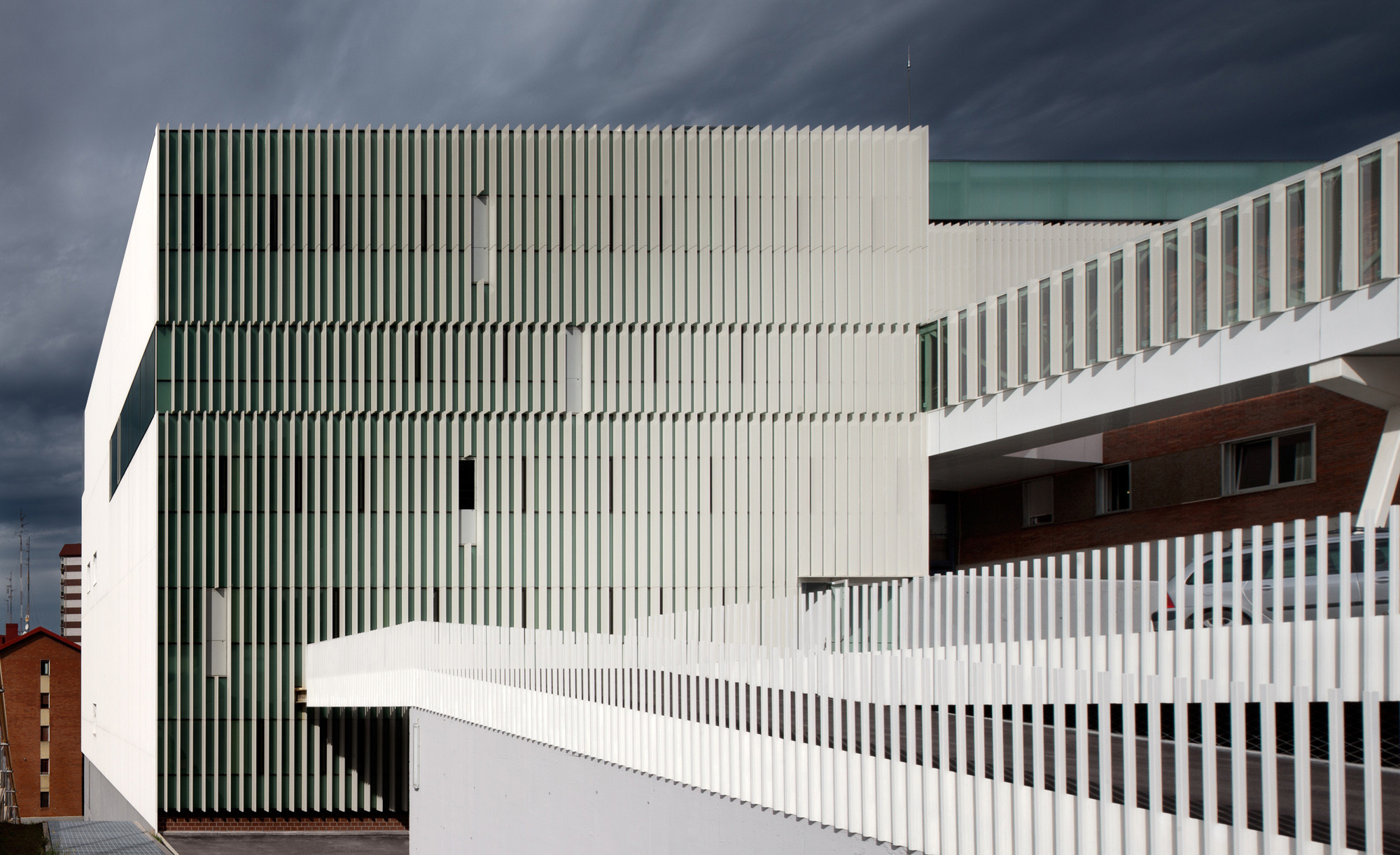 Text description provided by the architects. The purpose of the General Services building is to hold the laboratories of the Cruces Hospital, the biggest medical centre in the Basque Country. Areas such as haematology, the robotic laboratory, immunology, microbiology, anatomical pathology, genetics and research, are located here together with other related services like the morgue or the blood collection lab.

The building was erected on the last free plot in the centre, attached to an existing building and serving as a divider between the hospital and the Milagrosa suburb. The mainly elongated plot – 84 m long by 15 m wide at one end and 26 at the other – covers a 13 m slope.

One of the requirements imposed by the client was that the building had to exhaust the buildable area fixed by regulations. As a consequence, the building’s volume had to keep within the alignments foreseen in the urban development program.

Due to its location next to the motorway that passes by at a lower level, the building takes on a predominant role and it acquires a great importance within its surroundings. The main north and south façades, predominantly white and of an abstract character, intend to evoke the image of a proteins map, as a reflection of the activity that the building holds.

The west elevation, which faces head-on a motorway which is the source of significant noise, was designed with a more closed and tight character. On the opposite end of the building, an L shaped strip is liberated from the east and north façades by means of a transparent window front. It covers the entire height of the ground floor and indicates the outpatient entrance for blood tests and analyses. The set provides the appearance of a technologically advanced and aseptic container.

The building serves not only the Cruces Hospital, but also other medical centres in the surroundings. This is the why the connections with the exterior, both for pedestrians and vehicles, are of great importance. The building has four direct entrances from the street at different levels thanks to the pronounced slope of the plot as well as different links with the attached building.

The program is distributed over seven floors, two of which are garage levels. On the first floor, the continuation of an aerial pedestrian communication core, called “human pipeline”, connects internal employee circulation with the rest of buildings of the hospital centre.

The floors were designed as open as possible, with great spans between columns, which would allow for flexible future changes. The layout is configured around a fishbone central axis which includes both vertical and horizontal communications and building services shafts. The latter can easily be accessed from all floors and were designed with ample extra space. The fishbone layout minimizes distances for people out of common areas and allows for the route taken by the building services to be shorter which in turn makes it easier to carry out possible program redistributions.

The floor-to-floor heights were conditioned by floors in the annexed building for several connections between the two buildings were necessary. This meant that the dropped ceiling was in fact higher than in a detached construction. In order to not overfill the false ceilings and to have some leeway to scale up or modify the existing building services, an inductor based system for air propulsion was designed, which minimized the size of the ducts.

The program changes that take place in the centre in order to adapt to the functional needs of the different areas are commonplace. Therefore, taking into account that the equipment that the laboratories might need are very heavy, a slab was designed on every floor with an admissible overload capacity of 1,000 kg/m2, thus facilitating the changes of use between floors. 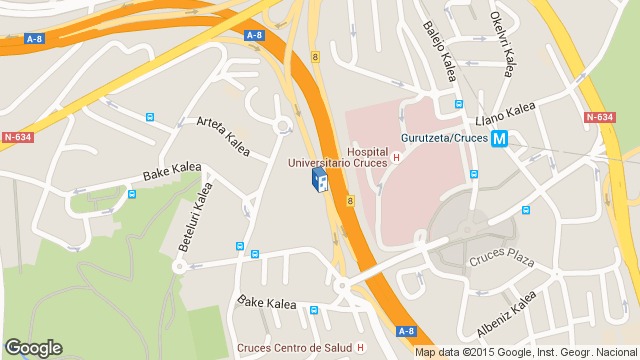