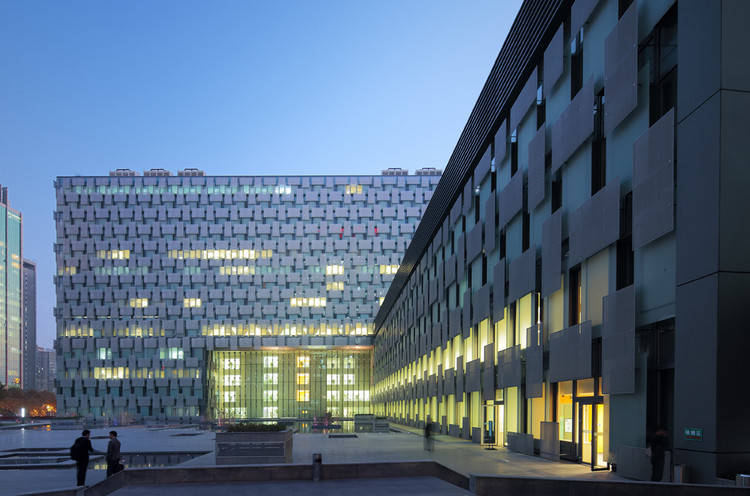 Nanjing Drum Tower Hospital, founded by Canadian Missionary Dr. Macklin, is located in the downtown center of Nanjing city. It is one of the most renowned hospital in China.

The earlier expansions of the hospital was driven by the of development of modern medical technology as well as the increasing municipal population. Despite the remarkable scales, most of these early expansions are hardly more than simple and urgent addition and extension of existing function to meet the rapidly increasing need for medical service. As a result, the functional layout of many floors are not well organized and streamlined for the operation of the hospital as a whole. For instance, the existing outpatient department is on the east side of Zhongshan Rd, connected with the main buildings of the hospital, which is on the west side, only through a narrow underground passageway, which makes extra inconvenience to both patients and staffs.

In the year 2004, in answering the rapidly surging demand for medical service by a larger and wealthier municipal population,  Drumtower hospital planned to implement a new expansion using a 32,000 sqm site between Zhongshan Rd. and Tianjin Rd. The expansion project will also be followed by a reorganization and overhaul of the existing layout and functions.

After many discussion and consultation with the hospital client, our design team led by Vincent Zhang helped in making a insightful long-term developing project. According to the project, a total of 2800 beds will be served, of which 1600 is provided by the new expansion. Daily outpatient is planned to reach 10,000 person. And the overall  gross floor area of the hospital is 230,00 m2.

Scalewise, the project is in fact equal to the GFA of the 420m, 88-floor Jinmao Tower, the highest building of China back then. But contrary to the general expectation of a high rise hospital building, we made a seemingly surprising choice:  instead of stacking floors one upon another and resulting in a high floor area ratio, we decided to ‘lay it down’ to create a series of gardens at the floor area ratio of 5.2. Such preference for low rise building went squarely against the design trend at that time, which is dominated by the frenzy for skyscrapers. But seen at present, it is quite sure that we have made a right decision, for the low rise plan not only reduced the stress on vertical traffic—which is a constant trouble for large general hospitals, but also creates large areas of urban space with human scales.

But the benefits does not come for free. Indeed, by choosing a more scattered, low rise plan, the architects were facing various challenges: from  organizing the arrangement for the newly built areas, understanding and  analyzing the operation and rules of the hospital, to the planning of ideal operating model for the new hospital. And more importantly,  it requires us to reconsider the possibility of  inheriting the medical culture and explore the new identity of medical service. 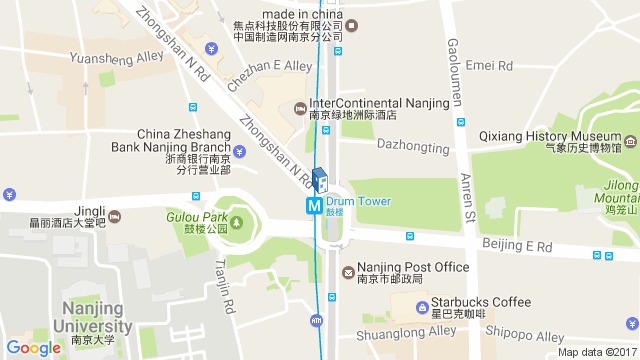 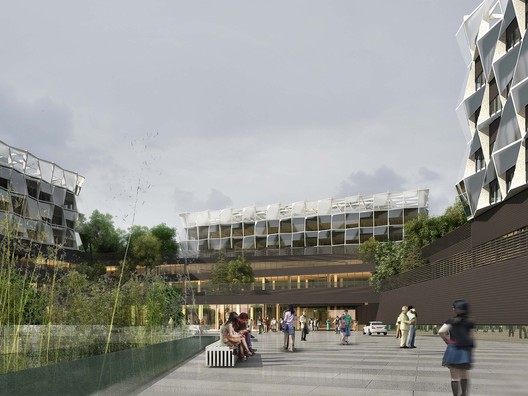