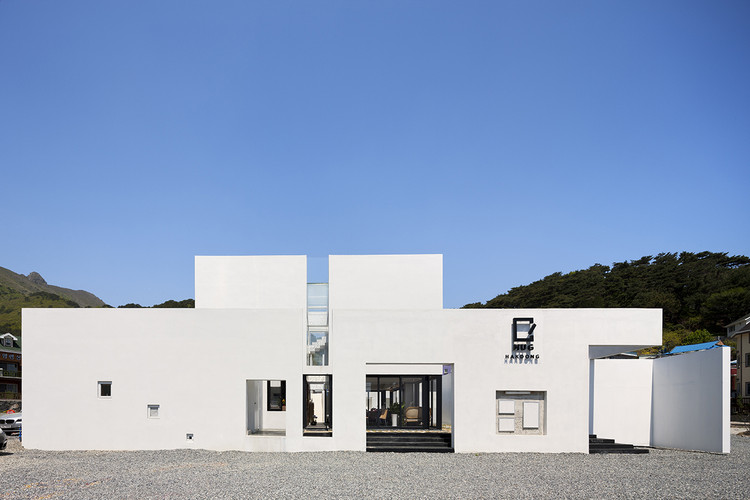 Text description provided by the architects. The given site is located in front of the bus stop on the main street of the Mondol beach, in Geojae island. There is a stunning horizon of Mondol beach along the Geojae seashore, 100 meters ahead of the site. However, this stunning view can only be captured from the higher level above the ground, from the limited view frame created by the gaps in between the existing buildings. The site is basically surrounded by the randomly constructed accommodations. Yet, the picturesque view of Moja Mountain over those buildings is considered as our targeting landscape.

The client, who operates the medium-scale sales distribution company, requested a modern hotel which can also be served as an educational facility intended for his employees. This particular facility was requested as a flexible space that may be altered between employee training institute and café. The spatial requirement for this project was further complicated as the client demanded a variable space which can adapt an ever-changing occupancy ratio of facility and café due to diverse visiting purpose and the number of visitors. Ultimately, the client’s request was to design a landmark which can be the catalyst for reviving the local area. (Hakdong)

In order to design an architectural landmark, we referred back to the history, especially the case in which the architectural work became a significant landmark – hence, our fundamental question was: what has been created such spaces, on which principle? The western and oriental architectural spaces display different construction techniques in their design of critical buildings. In the case of western architecture, which possesses a strong tendency of “absolute value”, the geometrical configuration is much apparent in the design of key building such as cathedral. However, since in the East, the cultural paradigm seeks for the “relative value”, the key spaces are defined by the layers – the key space is often arranged in the core of the continuous layered space. Those layers have such fluidity which can be open or closed according to the function of the space or the weather condition.

Mug Hakdong: The hybrid of Eastern and Western architectural space

The main concept of this project is to encapsulate both the geometrical space configuration of the West and the layers of space and the fluidity of the East in one single architectural object. Therefore, the plans of Mug Hakdong exhibit the geometrical sequence that enables the division of the each room within a certain order. This configuration allowed the fluent division of the space and also the formation of the proper room proportions. Consequently, the divided rooms display the quality of the layers with the series of movable partition walls – which can either rotated or folded – that configure the spatial overlap or the disconnection of space as needed. 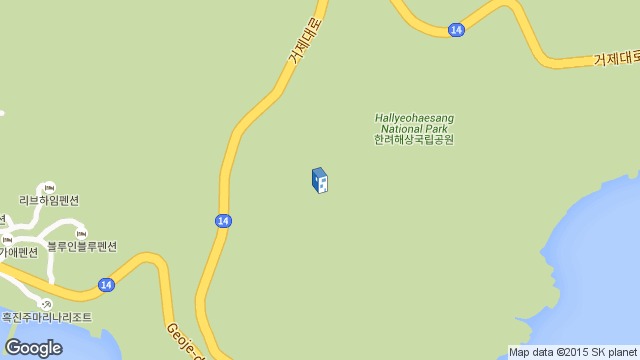 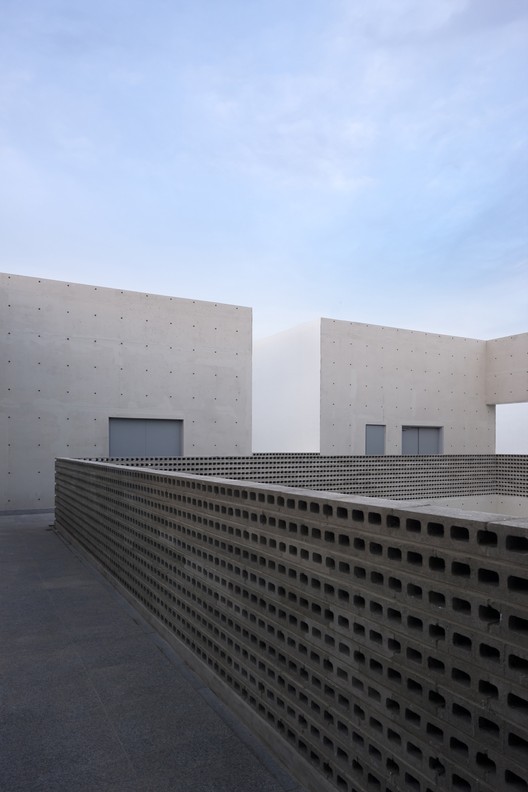